Ferrari just held the Annual General Meeting of Shareholders, and the Exor CEO and current Ferrari CEO John Elkann gave some important statements. The most-reported these days has certainly been the one about the release of a full-electric model by 2025. The year promises to be full of surprises, as many of Ferrari’s direct competitors, Aston Martin, Bentley, and rumours say even Lamborghini, plan to release their own EV in 2025.

Most of the talks, however, have been focused on Ferrari “continuing to execute the electrification strategy in a disciplined way”. But in the modern automotive industry that has become almost a necessity. The most interesting part of the statement was arguably the following one:

It shows what is the rationale and the vision behind the first claim. The renewed strategy of the company that so far, in some ways, looked more detached from its younger audience of potential future clients. It shows Ferrari’s intention to be there to inspire EV enthusiasts, which are on average much younger like it has inspired generations before them with its ICE supercars and race cars. 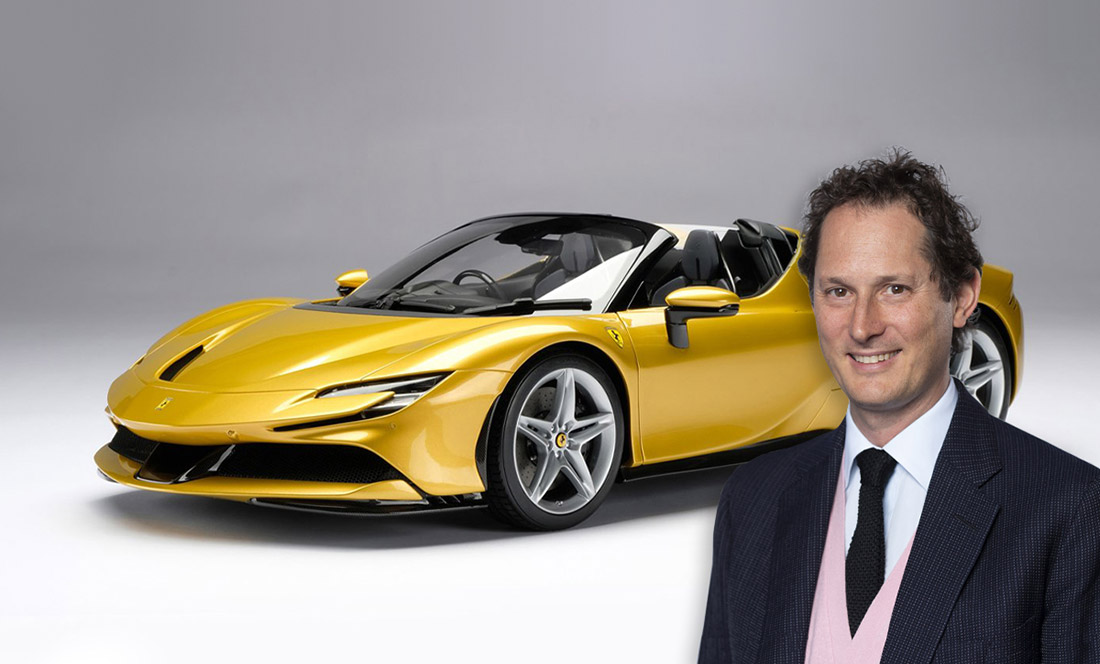 But there is more. Another part of that statement, in fact, confirmed the plan to become carbon neutral by 2030, putting Ferrari’s sustainability plan in line with those of its competitors like Bentley and Porsche.

The term sustainability in this context can be approached by various sides of a business. HR, Gender Equality, Risk Management, and more. The focus here is on environmental sustainability.

So how are Ferrari and other OEMs in this segment tackling the difficult tasks of sustainability and carbon neutrality?

Sustainability is a central topic in every industry and is approached in numerous ways. In automotive it is the factor that brought the largest change since its inception. I am referring to the electrification of course. The first automobiles to ever be produced were actually electric, but right after, the lack of technological development brought the industry in a different direction. Throughout the years then, luxury automotive and motorsport developed characteristics that nowadays are closely linked to internal combustion engines (i.e., sound and performance delivery). In the 90s GM tried again to mass-produce an electric vehicle and came remarkably close to succeeding. Then came Tesla. 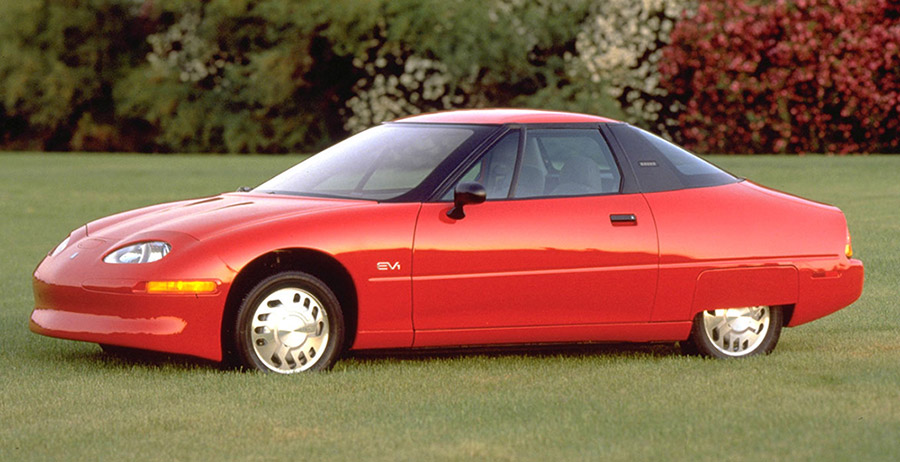 Environmental sustainability, however, is a different matter for low-volume manufacturers. Their overall emissions, due to the limited production and delivery numbers, as well as the reduced usage of the cars sold, are on a completely different scale compared to huge automotive groups such as VW or Toyota.

But now every company is moving at least toward partial electrification. And this is the case for luxury performance automakers. While for now, they cannot move away from ICE completely, they are taking steps to gradually move in that direction.

So, let’s see what measures automakers in the luxury segment are taking.

One of the first steps taken already several years ago by companies was energy consumption reduction. This is mainly achieved through a Cogeneration plant. A system that instead of dispersing the heat generated by electricity production, and producing the heat necessary through a separated process, solves both the problems at once. The Cogeneration system recovers heat that is used later where needed.

Similarly, the trigeneration plant produces cooling as well using the same process. This is the solution adopted by Ferrari, Lamborghini, Porsche, while McLaren uses a cogeneration solution paired with the waters of its lake used for cooling. 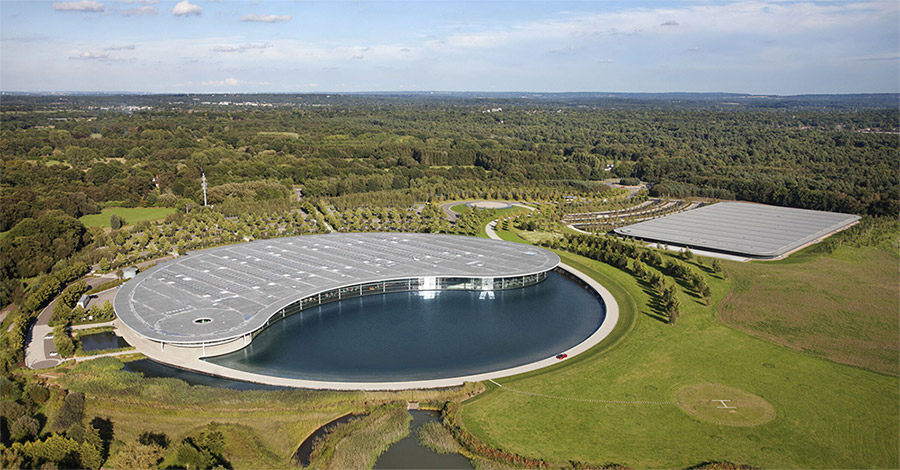 The second method adopted for energy efficiency is the use of renewable sources. Solar panels are quite common and usually installed either on rooftops or on dedicated sites.

Finally, energy-efficient lighting with the use of LEDs or natural light instead of other solutions can give a significant contribution. According to McLaren, the Technology Centre thanks also to its large glass surface, saves around 13,000 kWh per year this way.

In this respect, Bentley has taken on the role of leader. A big part of its communication strategy today is directed at the sustainability problem. First with the EXP100 GT concept in the context of its Beyond100 Strategy, and secondly by achieving the certification of carbon neutrality for its plant with the aim of becoming carbon positive by 2030.

A circular economy is a system working in a closed-loop and aimed at avoiding wastes. It is created through the reuse, repair, recycling, and refurbishment of used raw materials and products. Of course, under the necessary condition of realising it with the use renewable energies.

Much like resources saved for energy efficiency, any waste that is recovered from the production and reused is an important step forward.

Circular economy and recycling along the entire value chain are two pillars of every manufacturer's sustainability strategy. From Aston Martin to Bentley, Ferrari, Lamborghini, McLaren, and Porsche, all have been improving sustainability policies, which for now are mainly aimed at the recycling of water, batteries, and carbon fibre. 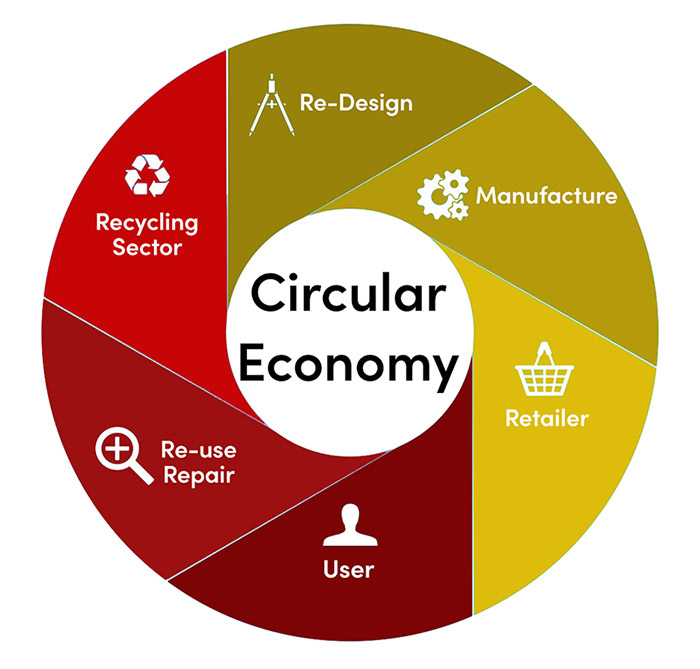 One increasingly common practice adopted by automakers is the remanufacture of components, which consists of rebuilding them using both used and new parts.

High-volume automakers use remanufacturing at different levels, and according to the European Automobiles Manufacturers Association, this can reduce by 80% the energy consumption for components production, as well as 88% less water, and 90% fewer chemicals. Overall, wastes are reduced by up to 70%.

Luxury automakers, however, do not indicate this process within their sustainability reports. This could be due to different reasons. The need for the best quality possible, both objective and perceived could force them to use only new components even with classic models being restored. Also, their models are part of a smaller product line and, most of all, the production numbers are extremely low, likely making remanufacturing a non-viable or limited option.

This factor brings up the next points.

An integral part of the circular economy is the increase in renewable materials use. This happens now both on the interior and exterior of the car. Common examples are the non-animal interior trim materials that have gained importance with the topic of sustainability in luxury cars. Every company now, especially with newer models, offers these options. From faux leather to vegan leather, to a vast range of textiles in specialised tailor-made programs, or Alcantara that has become synonymous with sports cars interiors, this trend has changed the staple of ‘leather seats’ in luxury cars, while being environmentally friendly.

Is not just leather anyway. Wood veneers and other interior elements are being increasingly sourced and developed from and with sustainable sources. 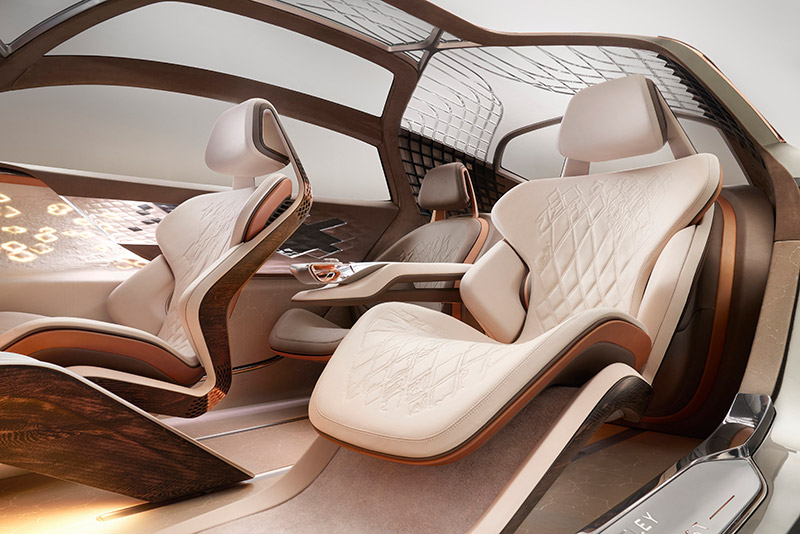 Now exterior materials too are being experimented with. Natural fibres obtained by renewable sources. In 2019 Porsche showcased a 718 Cayman GT4 Clubsport MR featuring a body kit made of natural-fibre composite materials. Various components are already being manufactured using these natural fibres, both in the interior and exterior of vehicles. For non-structural parts these have proved to be similar in weight and stiffness to carbon fibre, complying too with safety regulations.

The best practices adopted internally for energy efficiency and recycling are promoted along the entire supply chain. The major effort for automakers here is the management and control of the supply chain which needs to be on par with the company’s standards and regulations.

So along with the quality, suppliers need to certify the ethical business conduction, responsible sourcing of raw materials, compliance with environmental, health, and safety policies.

Luckily, new technologies can serve the industry in this respect. One is certainly Blockchain, as discussed previously, that can help to make even long and complex supply chains more transparent, traceable, and safe at any time. Many companies such as Mercedes or BMW use it already. Porsche which seems ahead of its competitors with the application of new technologies is employing Artificial Intelligence for a similar scope.

In this race toward green technology, among the established luxury automakers, VW Group is making a clear effort to quickly redirect its business. Porsche was the first to release a fully electric car with great commercial reception and has just unveiled a second: the Taycan Cross Turismo. Bentley too, as mentioned above is at the forefront of this wave.

Italian design house and now also automaker Pininfarina, has taken a similar role going directly into EVs with its partner Rimac. Similar to these, many other young companies are trying to achieve such results in the luxury hypercar space.

Finally, when it comes to ICEs and sustainability, there is also the ongoing development of synthetic fuels. A new source that could not only prolong the life of ‘traditional’ cars, an important topic for sports cars but also actively contribute to the reduction of CO2 with industrial plants capturing it. Once again Porsche has important investments in this area, and McLaren too is planning developments in this direction. 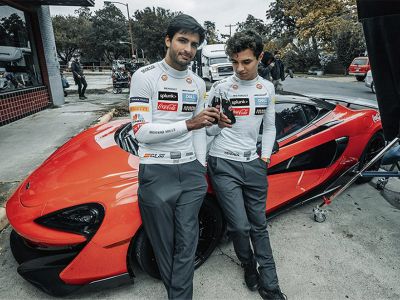