For the German automaker, electricity is the way, but not alone. In a recent press release, Porsche’s R&D Member of the Executive Board Michael Steiner claimed that while a large chunk of the companies’ investments is going in electrification and software development, they will not stop with the development of internal combustion engine (ICE) either. This is especially true for the 911, the brand’s top range production sports car, which as highlighted in a previous article Porsche EV Development Strategy, will not be replaced by a full-electric version (at least in the foreseeable future) as the focus on driving experience is its most important asset. Two major factors in favour are the combustion engine itself with the sound it produces, and the significant difference in weight due to the absence of battery packs necessary in EVs. 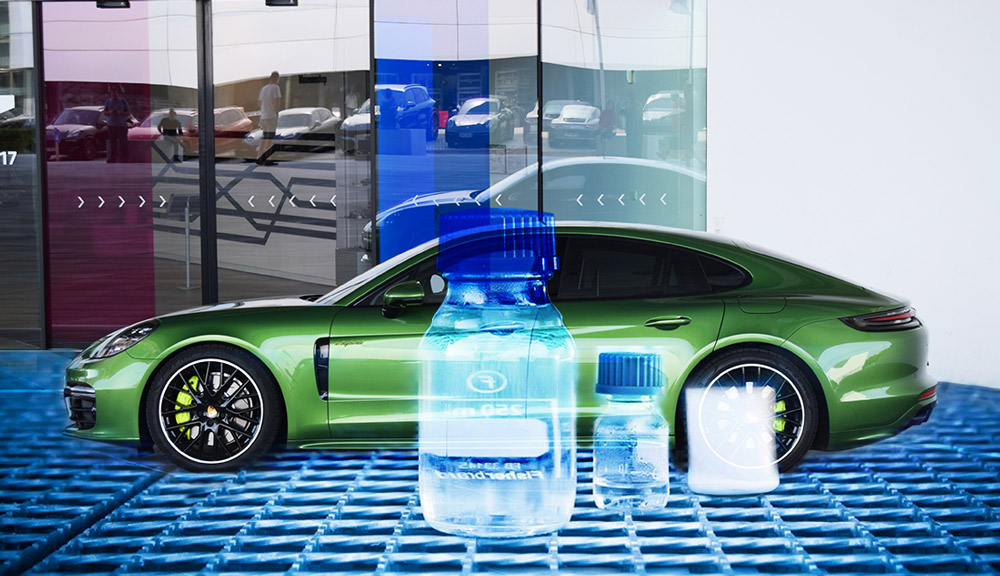 The additional research on ICE improvement though has to take into account the environmental regulations for sustainable mobility, and it is here that Synthetic Fuel comes into play. Porsche is looking for partners for this venture and it is specifically focusing on the so-called eFuels. Differently from regular gasoline, this is produced by a combination of CO2 captured from our atmosphere and Hydrogen. Granted that the latter is obtained through renewable energy sources, eFuel can be virtually carbon neutral. Since the announcement, Porsche has cooperated with Mahle on a series of tests of eFuel in a production car.

So, according to Porsche, while electrification is a viable option, it will not be enough to significantly reduce Greenhouse Gas emissions (GHG) at the rate required. Additionally, while complete electrification would require the substitution of well over 1 billion cars on the road today, eFuel would allow to cleanly run ICE cars with almost no modifications.

The discussion around Synthetic Fuels has been around for years now, but the solution is not as simple as it seems.

First of all, the development of Synthetic Fuels is still in its infancy. There are several options for converting renewable energy sources into fuels. However, none of these processes is yet optimally developed.

CO2 can be captured from stationary sources such as industrial plants’ wastes. As of now though, it requires high costs for storage, as it is pumped deep underground, and there are still concerns regarding potential leaks. In the US, Carbon Engineering is developing a system to directly capture carbon dioxide in the air, which would be an important solution to reduce the actual CO2 present in excess in the air while also utilising it. Bill Gates himself backed this company’s investment (CNBC).

Through a large fans complex and chemicals dripping in the tower the CO2 is captured and then processed. This procedure is not only clean as all the chemicals involved are recycled, but also promises to lower the cost per Ton of CO2 to $94-232 from the current $600. 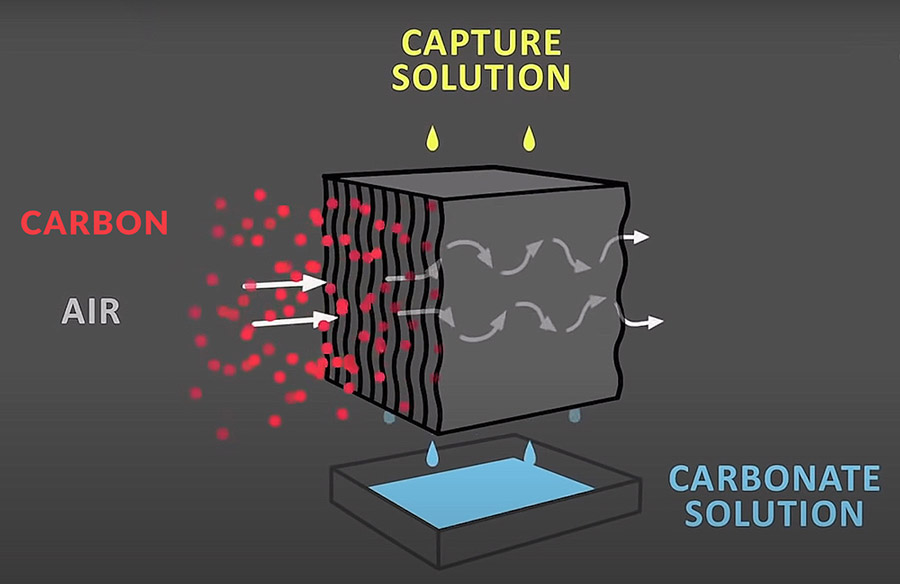 *Carbon Engineering CO2 capturing process
After carbon dioxide is captured, there are two main processes to derive Synthetic Fuels. One is direct through electrochemical synthesis or photocatalysis with direct CO2 catalytic reduction. The other is indirectly completed via the conversion of biomass.

The electrochemical reduction, the one approached by Porsche, is considered the most promising technology. It can reduce GHG emissions and has numerous potential applications, not just in the automotive sector. It is performed by using renewable energy (solar, wind, or other) to reduce CO2 into hydrocarbon fuels (CO) through electrochemical conversion technology. Similar to water electrolysis, the electrochemical synthesis uses energy to cause a chemical change, substituting potentially toxic reagents and allowing for cleaner reduction.

The other direct pathway is the Photocatalytic reduction of carbon dioxide through semiconductors and solar energy. 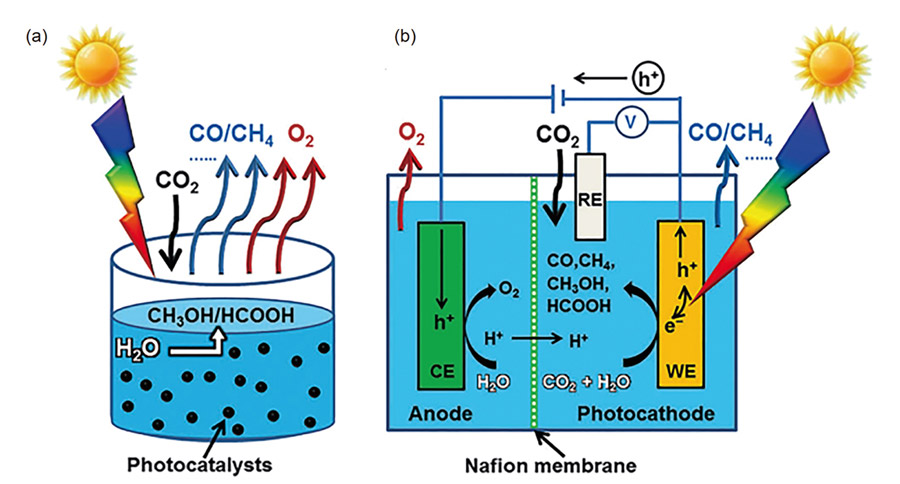 As for biomass-based fuels production, according to Xia et al. (2020, Progress on renewable Synthetic Fuels), despite being useful and clean, it presents several problems. First is the lack of sufficient biomass to cover the mobility industry. Then, biomass realised from edible crops is not suitable for large-scale production, especially in developing countries. Finally, the one obtained from residues of agricultural and forestry crops requires a much more complex process that results in high costs but low efficiency.

WHO ELSE IS INVESTING?

Porsche is not the only one interested in the eFuel option. To stay within the same group, Audi, Bentley, and Volkswagen have their investment programs.

McLaren’s COO Mr. Ludmann also believes that Synthetic Fuels are a viable opportunity. Bosch which has a huge R&D division dedicated to the development of automotive components also showed a strong interest in the development of this resource.

It’s not just automotive companies as well. FuelsEurope, a group that counts 40 Companies operating refineries in Europe and accounting for almost 100% of the European oil refining and 75% of the refined fuel retail sales. In an increasing focus on sustainability, the documents Vision 2050 and Clean Fuels for All outline the future of the industry through eFuel and other Synthetic Fuels.

Last but not least, China’s Association for Science and Technology (中国科学技术协会) in mid-2019 published a list of twenty scientific and engineering key issues and necessary innovation including synthetic fuel obtained with regenerative resources as one of the most urgent. This decision is even more significant when taking into consideration the huge effort the Chinese Government has gone through so far to empower the national EV market. Check China automotive market: Real openness or concealed protectionism? to know more.

WHO IS AGAINST AND WHAT ARE THE ARGUMENTS?

Not everyone is enthusiastic about this potential development. Different experts do not agree with the idea of continuing to rely on oil companies and promoting the fossil fuel industry. But there are also, at least for now, technical limitations to this technology.

A major one, especially when comparing it with the pure electrification for the automotive industry is the efficiency, or lack of. According to an analysis by the International Council of Clean Transportation (ICCT) about 48% of the renewable energy used in the synthesis process is lost in the conversion to liquid fuel which in turn, due to ICE’s efficiency of around 30% translates into a mere 15% efficiency for eFuel. On the contrary, on EVs, the energy lost is only around 10% for charging and 20% by the motor bringing efficiency up to 70%.

This point is highlighted by Mercedes COO Markus Schäfer too. In an interview with Autocar, he said that the automaker’s focus is certainly toward electric powertrain, as it is the most efficient way to utilise renewable energy.

The second important factor is the actual production cost of synthetic fuels. As mentioned earlier, right now the cost of CO2 is of $600 per ton while Carbon Engineering claims to be able to reduce it in the short-term by at least two-thirds. The same article by ICCT discusses how battery packs could soon allow bringing EVs and ICE cars to parity. In this context though is interesting to watch how much this has changed in less than a decade.

Both the graphs even though expressed in different currencies show the drastic reduction in prices for Lithium-ion batteries that happened in just 10 years. So, there are contrasting claims coming from different parties involved with Bosch announcing that by 2030 the eFuel price will be €1.2 per litre and ICCT saying €4 would be an optimistic estimate. With battery packs price decreasing by 85 to 90% in the same time frame it is possible to expect a similar decrease in eFuel costs, as it happens for almost every new technology as it is gradually adopted by the mass market.

The options opened by this technology are varied and some appear really promising. Certainly, a mix of the two would at least grant major flexibility to automakers and a wider ground for competition. A crucial factor that cannot be discounted will be the approach of government regulations on this topic. Subsidies and rebates have proven necessary in the past years to foster the EV diffusion but have also ended up being double-edged swords once a government decided to revoke them.

Within the luxury performance segment, eFuels represent the best hope for ICE enthusiasts and drivers. Being able to save the combustion engine for the foreseeable future, would allow traditional automakers to preserve the engine sound and avoid the excessive vehicle weight, maintaining intact the driving experience and ultimately the status quo in the market niche.