The term hypercar usually indicates a vehicle sitting at the very top segment of the market in terms of pricing, performance, and customer experience. As one could expect, it is a market reserved for a really small crowd of wealthy. This market niche has become quite crowded in just a few years though.

Many new companies are entering this niche despite the Automotive industry being notoriously a sector with really high entry barriers. The reasons for this are various, along with the general direction of the mobility sector and environmental regulations. The nature of the EV itself lowers these barriers. As a product requires less engineering complexity and makes it easier to achieve eye-catching performance and numbers. 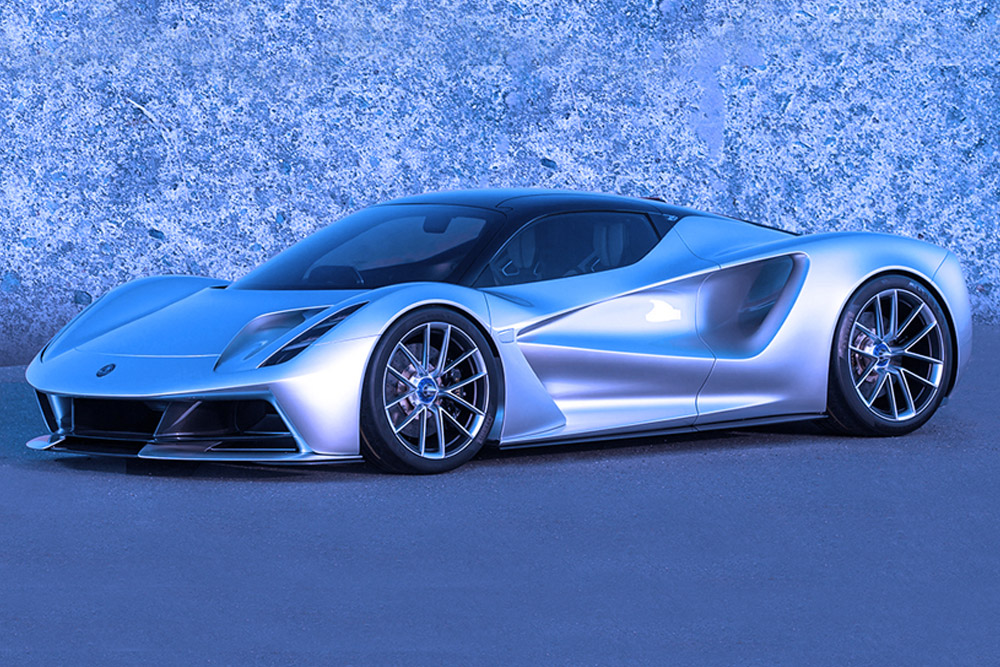 Also, there is much less competition than in the ICE segment where there are so many established names that have dictated the rules for decades. And these big marques (for the most part) are approaching the transition more cautiously to avoid alienating their valuable customer base. The electric powertrain, so far, does not seem to offer that driving experience and diversification that established performance car manufacturers have to maintain.

What do all these cars have in common apart from being full-electric? They are all capable of producing over 1000 bhp (some close to 2000), they are all priced over $1 million (some way more), and have a very limited production run.

WHO ARE THE PLAYERS?

So, let’s have a look at the companies that are competing in this emerging market.

As a perfect example of the quick rise of this niche, where small new entrants with no heritage but a strong drive and huge talent I thought to start from Rimac and its latest model, the C_Two. The Croatian manufacturer in just 10 years has risen to prominence and built trust and reputation. Its technological prowess granted the small company a number of high-profile partnerships, such as those with Aston Martin, Koenigsegg, Jaguar, Porsche, and Pininfarina. 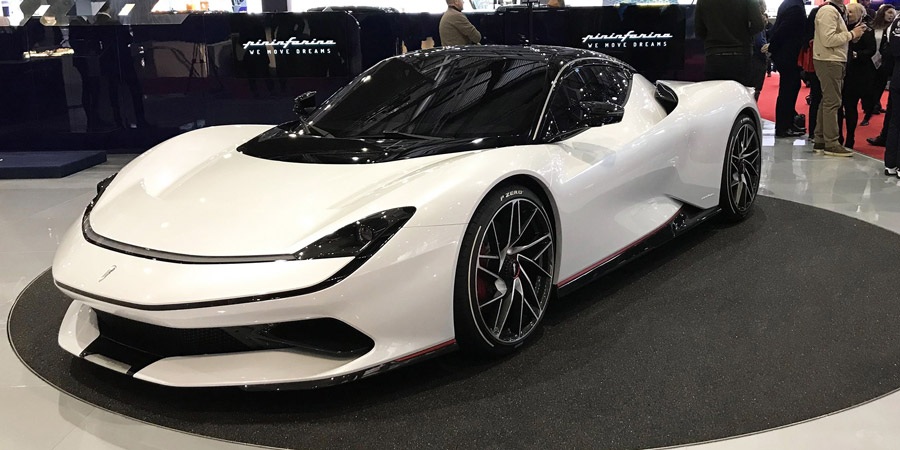 China distinguished itself around three years ago with the Nio EP9, already mentioned in an analysis of the Chinese market here. Japan enters the list with the Owl by Aspark. This one is realised with the collaboration of Italian coachbuilder Manifattura Automobili Torino.

As hinted before, not all the firms involved are newcomers though.

Another Italian firm entering the segment is in fact Pininfarina. One of the most recognisable and long-standing names in the luxury performance automotive industry. The iconic Italian coachbuilder and design company, responsible for some of the greatest designs in automotive history, unveiled the Battista.

So it is Lotus. Acquired by Chinese Geely in 2017, last year the manufacturer announced full-electric Evija. There is also the well-known Ariel with the upcoming P40, which could be the only exception price-wise.

Other big OEMs such as Porsche (which already released the Taycan) and Pagani are allegedly already working on their own interpretation of Electric Hypercar.

WHAT ABOUT THE MARKET?

Except for P40 and Dendrobium D1 that have no official production numbers, all the other models listed sum up to just 541 units. 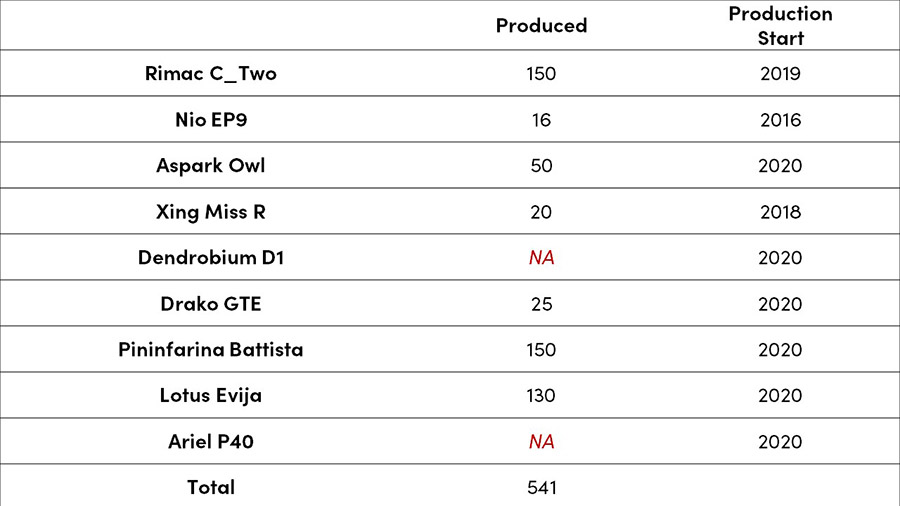 Their production runs start are all set in a four-year span (2017-2021), with 6 of these 9 models scheduled for a crowded 2020. Part if not all of these will have suffered some form of delay caused by the pandemic.

While they might seem a lot, the numbers do not seem excessive for the potential market size. After all, since the term hypercar became a thing back in 2013 with the release of 918 Spyder, P1 and LaFerrari the production of these million-dollar cars has been constant on the ICE side. The three were produced between 2013 and 2015/16 in 918, 375, and 500 units respectively, an average of 448 units per year. McLaren later added 58 GTRs and Ferrari 210 LaFerrari Apertas. To these must be counted in also those few manufacturers like Bugatti, Koenigsegg, and Pagani that produce between 20 and 70 vehicles of this range per year.

The real difference though is of course in the powertrain technology that many car enthusiasts with the age and wealth to afford these cars do not really accept yet as shown in the chart here. And secondly in the brand reputation and investment value.

While everyone knows that any Ferrari hypercar is going to sell out even before its release and likely increase in value quite fast, the same cannot be said for these EV competitors. 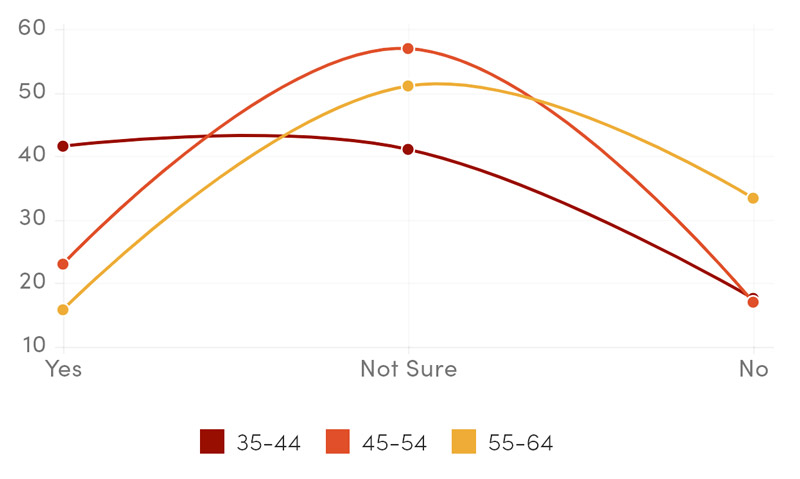 WHAT IS THE OBJECTIVE OF THESE ELECTRIC HYPERCARS?

Arguably not simply making a sustainable business model out of it. The underlying meaning of such products is about building a market and improving technologies that, as it often happens, can be transported later into the mass market. But some of these companies, even if it might look like it, clearly do not compete with the same objectives.

Generally, it is about innovation excitement, and reputation. But established OEMs build on their own brands to solidify their status in this new niche. Newcomers instead have to prove something first in order to make it as worthy competitors.

Rimac did it by being one of the first entrants and later diversified its model by establishing numerous partnerships. Nio did it by shocking the industry with the EP9 record at the Nürburgring and showing they were not just about numbers and straight-line speed. Then they diversified as well into other services and most of all they introduced SUVs for the mass market (with more to come).

THE BRAND STILL COUNTS BUT…

Even with new and unconventional technology, the brand still plays a key role. Not only as a status but as the expertise behind a vehicle and the trust that it inspires. The confidence that whatever the final product is like, it will have been worth the investment with potential gains in the future is not something that every company can guarantee. But it is what allowed Lotus to quickly sell out all of its 130 $2.6 million Evijas, and Pininfarina, even if just at its first branded model, to sell over two-thirds of its 150 $2.5 million Battistas right after the presentation.

Another one that performed this trick though is Rimac. In just three weeks after presentation at Geneva almost sold out the 150 $2.1 million C_Twos. The company is just 10 years old, so not much about heritage. This indicates that in this era, along with the brand, talent, and charisma (showed over and over by its founder Mate Rimac), a focused vision of the future and innovation play an increasingly and almost equally important role.

The electric technology lowered the entry barriers in the automotive industry significantly. As a consequence, many new companies appeared on the market, especially in the East. The high-performance segment experienced unusual growth too.

Established brands are moving in the same direction. It is not accidental that brands like Pininfarina that never produced cars under its own name, and Lotus which was bought by a Chinese firm and needed a revamp got there first. Older high-performance car brands with a strong tradition such as Aston Martin, Ferrari, Lamborghini, and Porsche are approaching their flagship cars more cautiously by mainly developing hybrid powertrains for now.

Some new OEMs managed to carve their own names among the industry’s serious players, but it is still a rare feat. Even if new technologies and big numbers offer this opportunity, it will be highly unlikely to see these new competitors substituting long-standing marques. Nonetheless, there is a partial shift in the new generations. Other factors like environmental awareness, connectivity, and future-proofing gain importance and could bring a more significant change in the medium/long-term.