McLaren’s Strategy Into 2022: A 5 Forces Analysis

With a continuous series of ‘black swans’ adding up on top of the already complex transition happening, the automotive industry is going through extremely uncertain times. Every company was affected to varying degrees, but in the luxury segment the impact looked minor compared to lower ones and the recovery has been definitely faster as analysed in the comparison published previously.

However, while the majority of big names in the luxury segment have had a steady recovery and are posting record results already, some went through some major difficulties. McLaren is unfortunately one of them.

A few days away (not yet confirmed) from the possible release of the 2021 full-year report by the company, the one up until Q3 already gives a pretty clear idea of last year’s trend for the British OEM.

The recovery from an extremely difficult 2020 has been significant, but still far from the record year 2019, and unfortunately even from the two years before.

To try and assess the company’s current situation and what could be done from a strategic point of view, it is interesting to look at it from a Porter’s 5 Forces perspective.

Considering the relatively young age of the automotive business and the low volume produced, the time horizon observed covers the entire life of the company, since 2010.

As for the major external factors affecting automakers, there are different considerations to make. Environmental regulations surely hit companies like McLaren differently thanks to their SVM (Small Volume Manufacturer) status. Access to these alternative standards grants SVMs more time to gradually transition to electrification.

On the other hand, current events like the Covid and the global chip shortage represent a different type of challenge.

Covid hit every automotive company first with the drop in demand, and subsequently with the lockdowns. In many cases, these two factors, and the slow recovery to 100% production have created a severe financial deficit, as is evident from the table above.

The chip shortage instead, can have different implications. While it might seem less risky for an SVM because of the reduced need for supplies, a small automotive company is potentially more exposed to supply chain disruptions than bigger automotive groups or other SVMs backed by larger OEMs such as Lamborghini, Bentley, or Rolls-Royce. Also, these major industry-wide variables impact the framework’s 5 Forces as well, so they are further discussed later on. 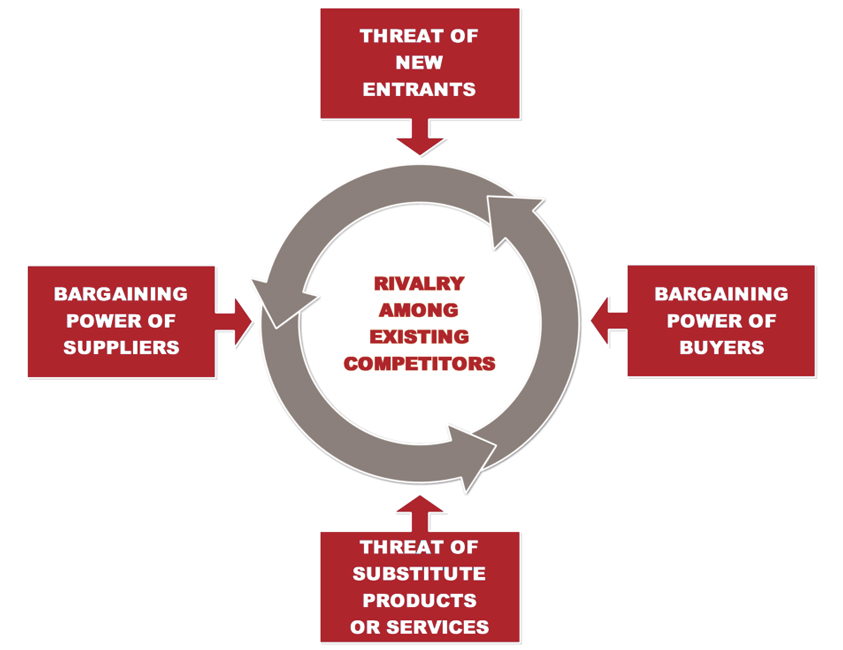 This first factor is probably the one that has changed the most over the past few years because of electrification.

The automotive industry has always been characterised by high entry barriers. It is an extremely capital-intensive sector. The luxury segment especially, along with the necessity for skilled craftsmen, technicians, complex supply chains, and high fixed costs, requires significant R&D Spending. This weighs even more for small independent OEMs such as McLaren. As seen when discussing innovation in the sector through Lamborghini’s case study, for some of these companies R&D can even exceed 20% of yearly net revenues.

The variables to consider are multiple though. While to a certain extent the access in the low-volume segment can be easier for the supply-side economies of scale, the same will not be true for the demand-side economies of scale, or network effect which is extremely important in today’s market. The ever more complex customer journeys developed by the automakers create a deep emotional relationship between clients and brands, increasing their loyalty, and often transforming them into brand advocates. They effectively become part of an exclusive club that can create a powerful network effect.

Electrification, however, is lowering many of these barriers though, some in a relatively unexpected way. First of all, it simplifies key elements of a car such as the engine, which is even more important for performance vehicles. Secondly, through this industry change, new entrants like Tesla and Rimac have set a “dangerous” precedent by showing how a new player can quickly achieve a reputation and a strong following by doing things differently, focusing on technological innovation, and catering to a new generation of clients.

The threat of substitutes is definitely not a major one for luxury performance automakers. Both with the product and the customer journey they offer a very unique experience that is already reserved to a highly limited customer base.

In general, there is not another automotive or mobility solution that matches or substitutes what companies like McLaren offer. However, within the same niche, the changing preferences might lead to the substitution of the “traditional” sports car. As observed in the previous article with the example of the Huracán Tecnica, and as the trend in the whole sector suggests, clients are more and more looking for cars that offer performance, but also everyday usability.

This is clearly what has led McLaren to release the GT back in 2019, but that could not be enough with SUVs, and spacious and quick electric vehicles taking the scene.

Buyers’ power is a big factor in this industry because while the options are fairly limited, as hinted in the paragraphs before, they are increasing, and the customer base itself is restricted.

They maintain a high bargaining power even though somewhat unexpectedly, at times, is not just the actual vehicle determining the purchase choice. They can be sensitive to factors such as distribution channels, and customer service as proven in the interview Why buy Ferrari: Words from a Collector.

Customers also have significant power because they are not price-sensitive. Also, going a bit deeper with an RFM analysis (Recency, Frequency, Monetary Value), gives important additional details regarding the customers’ value, especially for the last two factors.

First, a large share of luxury car buyers actually own more than a single vehicle, and of course, the monetary value of such purchases is steep.

In this industry, in general, the suppliers’ power is significant as not only do the products offered have to be of high and consistent quality, matching the expectation for the sector, but they are also limited. Brands like Bosch and Brembo have important relationships with the automotive sector and sell highly specialised products that would not be easily replaced.

Naturally, from the OEM perspective, there is low or no risk of vertical integration, but McLaren might be exposed to additional dangers due to the recent political situation in the UK.

Back in 2017, following Brexit, McLaren had to shift part of its supply chain and “move” it back to the UK as import tariffs would negatively affect its business. Former CFO Paul Buddin told the FT that in the process the company also invested £50 million for a new carbon-fibre chassis production facility, replacing a European supplier and increasing the local components sourcing from 50 to 58%. 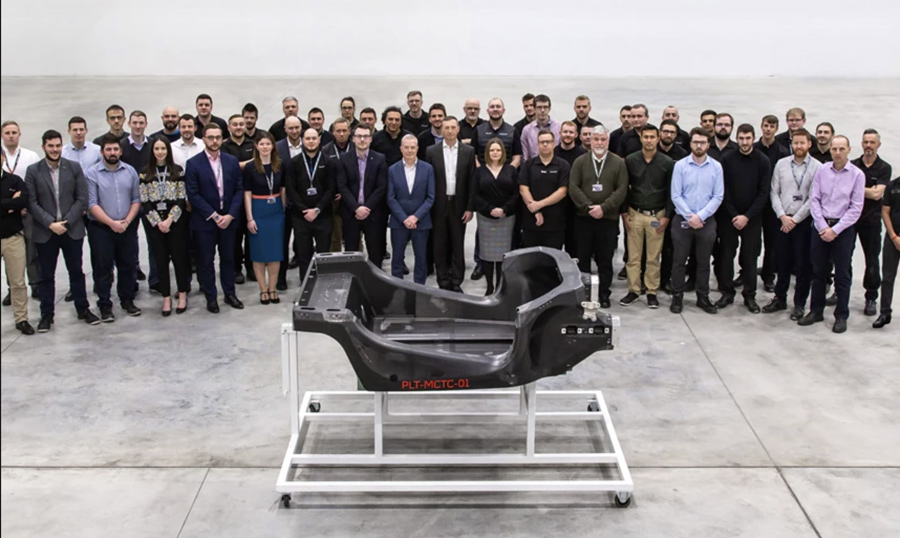 While this has certainly made the business more efficient and sustainable, and a higher degree of vertical integration will reduce the suppliers’ bargaining power, the pandemic, and lofty import tariffs on raw materials will impact negatively the company nonetheless.

In the performance segment, McLaren has a powerful marketing tool that is hardly replicable, which is its motorsport heritage and particularly the Formula 1 team. In the industry, in fact, only Ferrari is more influential as a brand, and Aston Martin is trying to achieve the same with its recent entry into the motorsport top series.

As observed in a previous article McLaren adopted a specific marketing approach to its communication both for the automotive division and for the F1 team, which led it to become the most followed team in the sport. This adds to its already significant competitive advantage.

Also, in these 10 years, McLaren distinguished itself for its technological prowess, particularly focused on maximum performance, which contributed to the success of models such as the 720S and Senna. The automaker has also successfully introduced its first step into electrification with the new entry-level hybrid Artura.

However, as of now, the brand seems behind its most direct competitors in terms of diversification. Its line-up is still mostly focused on pure performance vehicles, except for the GT, while other brands are gradually but consistently expanding their offering.

Finally, a confusing range, relying too much on special editions might have also played a negative role. In the previous generation, eight different models had been based on the same chassis and design. Then, the example of the Elva, originally planned in 399 units, and successively reduced, first to 249 and then to just 149 is also important. Right now, instead, McLaren has also significantly consolidated its line-up, maintaining a single GT, and three models for the Supercars range, the entry-level Artura, the 720S, and its track-focused version 765LT with their relative spider versions. To these is added the Ultimate series, which is usually sold out at release anyway, including Senna, Speedtail, Senna GTR, and Elva.

McLaren might not be out of the blue yet, but 2021 has seen important positive signals.

Innovation, weight reduction, and class-leading performance have always been its most important selling points, and the current unpredictability with the industry electrification could represent a risk. Also, competing brands have shown that heritage is not a conditio sine qua non. So, new entrants could very well become dangerous competitors and a confident move toward full electrification seems key for the coming years.

While risks of disruption in the supply chain are serious, the current direction of chain consolidation and vertical integration might lead to even higher specialisation in the long term, with lower volumes and higher margins. This idea, however, is in contrast with the general direction within the segment, where the majority of the companies actively look for high-selling models (SUVs and GTs) to expand their reach and drastically increase their sales.