Just two days ago, ahead of the presentation at the IAA Mobility in Munich, Porsche unveiled a new electric car concept, the Mission R. 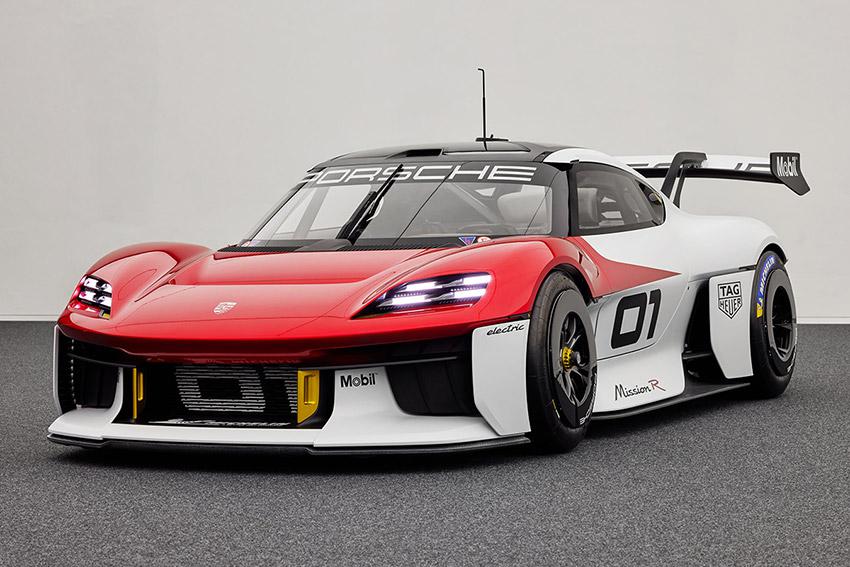 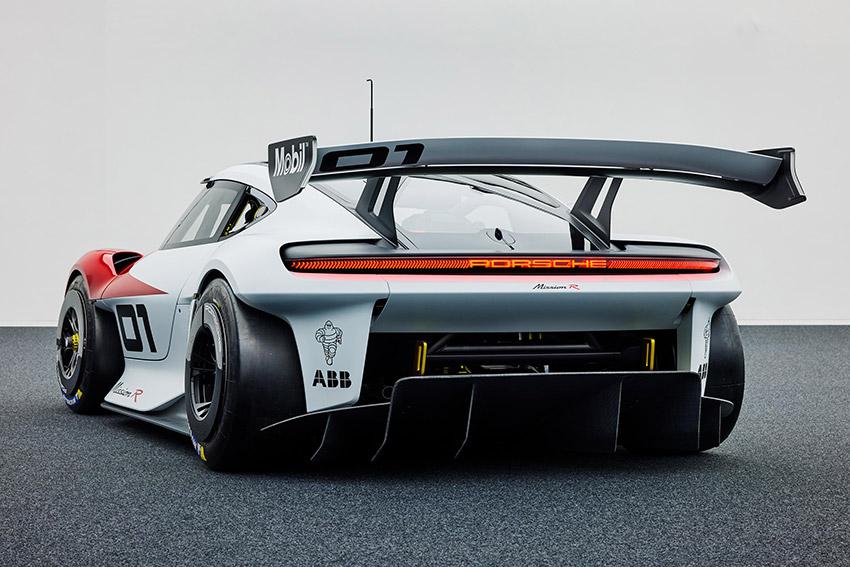 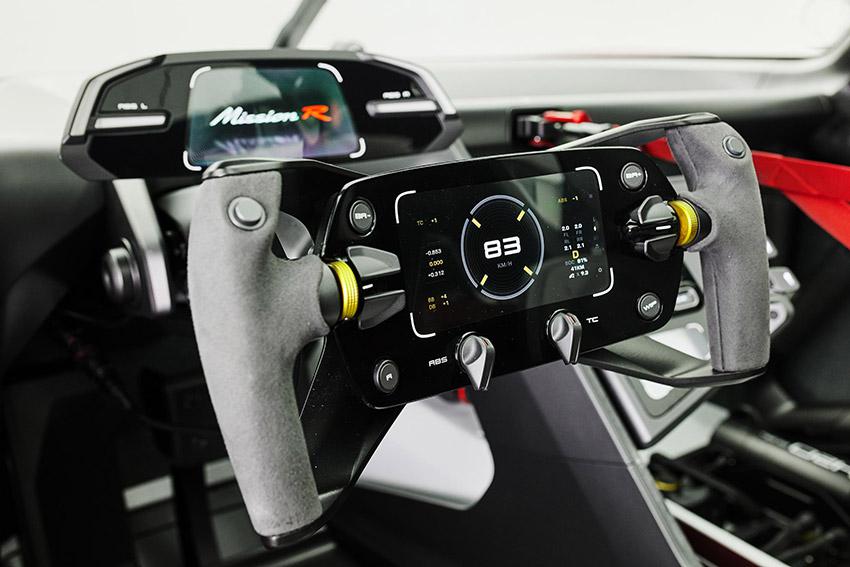 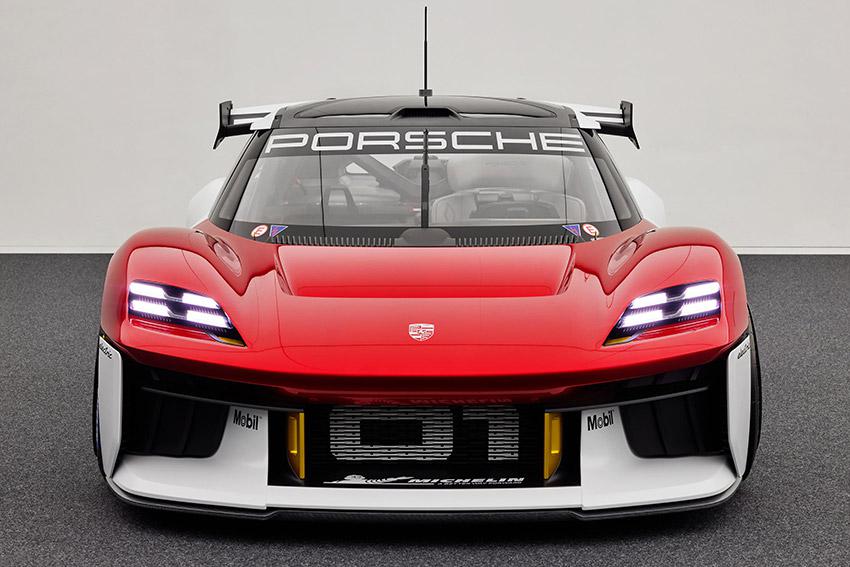 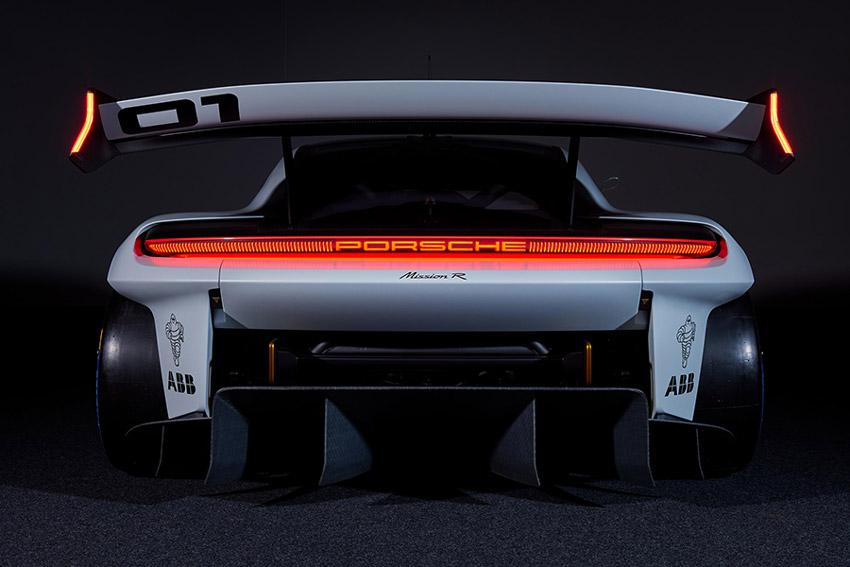 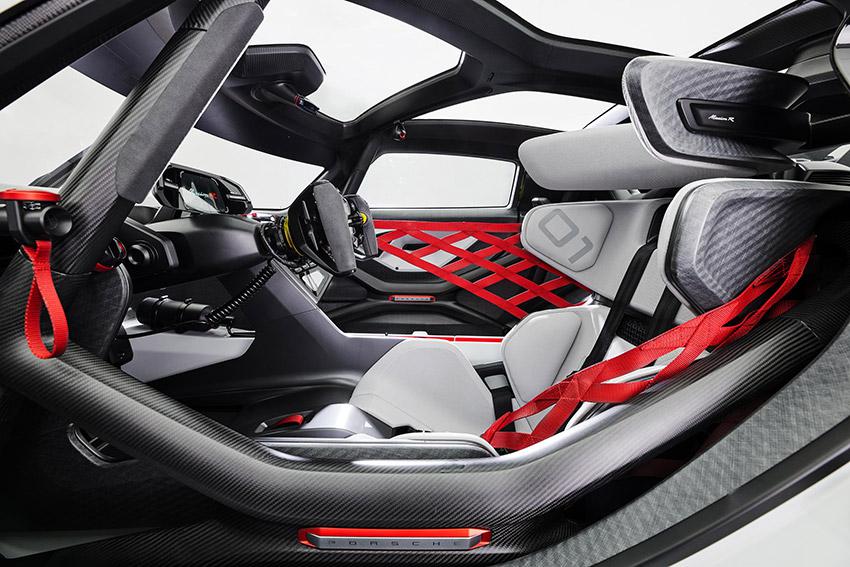 This time, however, the subject is quite different. The Mission R, in fact, is an electric racing car, or at least it is intended to be (as of now, it features characteristics that are not approved by the FIA and would be considered illegal in racing). 1088 bhp in qualifying mode from the two electric motors (435 in front, 653 in the back), 680 in race mode which thanks to the 80 kW/h battery pack stored at the centre of the vehicle should ensure 30-40 minutes of action on the track. Recharge is claimed to reach 80% in just 15 minutes thanks to 900-volt technology and fast charging capabilities.

This concept hints at Porsche’s single-marque one-make racing future, for series like the Carrera Cup, and could arrive as early as 2025. But according to other sources, due to its dimensions, it could represent the future of the 718 Cayman line, very similar in length, height, and width, if the 911 will be the last to maintain the combustion engine.

The car, as concepts do, showcases new ideas and technologies, from cameras showing the driver from different angles to the new sustainable composite material used on the exterior instead of the carbon fibre.

The Mission R is just the latest of a long list of beautiful Porsche concepts. A few months ago, at the end of 2020 the German company, with ‘Porsche Unseen’ even revealed not one but fifteen concept projects that had been developed since the mid-2000s and kept ‘under lock and key’.

Concept cars development can get extremely expensive, and easily reaches the six figures as claimed by Ford’s Vice President of Design Moray Callum in an interview with CBS, and there is a number of reasons why automakers decide to invest this kind of money in such a project. What are these reasons and how do concepts ultimately benefit automakers?

THE RATIONALE BEHIND CONCEPT CARS

Concept cars have been around for decades. Today, Porsche’s example indicates already two important motivations for automakers to undergo the effort of developing a concept car. The first one is the opportunity to test new technologies and innovations. This is important both from an internal and an external point of view. On the one hand, an OEM can implement new features, aerodynamic solutions, powertrain technologies, and software integrations. This is key to constantly improve their products and remain at the forefront of the industry. They effectively become test laboratories. On the other, through concepts OEMs can also test the response of an audience of potential customers to specific innovations.

This is seen very often in international auto shows, and the aforementioned IAA Mobility is no exception, as is the case for VW’s ID.Life, Hyundai Prophecy, and BMW’s iVision. Right now, with the ACES development areas (autonomous driving, connectivity, electrification, and shared mobility), the level of experimentation is peaking. Not just automakers but tech companies too are approaching the market giving their interpretation of modern mobility as the car becomes more and more integrated with digital and connected instruments.

A second reason for automakers to introduce a concept car is showcasing a new design language for an upcoming model. On these occasions too, design and tech features will be exaggerated to leave a long-lasting impression on the public. Some of the most extreme features, or most expensive parts to manufacture seen on concepts usually do not make it to the production version, as it happened to the Alfa Romeo Tonale or Aston Martin Valhalla to name just a couple.

This is especially important for luxury low-volume automakers for which the design element is generally much more important and distinctive than for regular companies. By doing this they can get immediate feedback from the clients on potential directions for the future, which again is key for luxury companies that have a highly selected and limited list of customers who are usually closer to the brand and have an almost personal relationship with it. After all, increasingly demanding and wealthy clients nowadays have a strong influence on most companies’ decision-making when it comes to cars design.

The car that receives very positive feedbacks can ultimately make it to production.

Last but not least, they are a statement. Apart from attracting a demographic of potential clients, concept cars create more brand awareness. Regardless of their actual feasibility, quite obvious for some models, less so for others, the more daring they are, the more the ‘Wow’ effect is ensured. To this end, some concepts often do not present any similarity with their brand’s design language, but actually display striking and totally unprecedented features. So, even when the car is clearly thought to never become a production model in any shape or form it can still bring an important ROI to a company. Moray Callum, again claims that the money invested in the concepts’ development is always worth it in the end.

From dedicated market research using big data, focus groups, or sales teams reports, to marketing tools such as Net Promoter Score, Client Retention Rate, Customer Lifetime Value, and Customer Acquisition Cost, there are several KPIs that can be used to measure the impact or success of a concept car presentation. Digital tools have significantly changed the way this is monitored, giving more data, and more in-depth information.

As mentioned previously, this aspect is naturally more important for low-volume car manufacturers as they are expected to deliver the highest quality of service possible. The close relationship with the most important clients, however, gives them the advantage of being able to access feedback, information about needs and preferences more easily.

In just a couple of days since its launch, Mission R already got massive media coverage, and it is easy to understand the potential of this campaign. Sure it is a Porsche, other companies would not make the same noise, as a production car would most likely not get the same attention. With a concept, car manufacturers have the great advantage of having the freedom to push the boundaries creating something astonishing both in terms of numbers and looks without having to worry about restrictions and regulations. Especially in these days of fast, and continuous innovation, they can bring to the present a proper vision of the future.