Subscription Service for Supercars: Does it work?

Between 2017 and 2018, numerous automakers released pilot tests of their own subscription models versions. Services that, for a monthly fee, would grant a client the choice of a new vehicle among a wide range of options and include insurance, (almost always) servicing and maintenance costs, and other advantages.

This new wave came about for different reasons. First, as a response to the numerous car-as-a-service companies (Zipcar, Uber, Didi, Lyft) that proliferated, especially in big cities where car ownership is more rarely perceived as a necessity. And secondly, as a wider generational evolution that saw the birth, or growth, of the sharing economy in several sectors such as the mobility one with the aforementioned companies, real estate and hospitality, fashion, finance, and travelling especially with Millennials and GenZ.

Fast-forward to three years later though, and most players are pulling out and shutting down their programs as things did not go as expected.

*Only automakers' services are included, not car rental companies ones

Naturally, OEMs are not the only ones approaching this segment. They already compete against third-party companies who started their own subscription program as well, which is usually not their core business anyway. One example is Hertz, which already had a platform for car buying and selling, rent, and financing.

These two types of companies have different competitive advantages. Car trading and rental websites are likely to offer a wider range of vehicles, not being limited to a single brand, and have a better online platform already in place to offer a more seamless experience, which is a crucial factor in today’s subscription services, and not just for automotive.

On the other hand, however, OEMs can enjoy brand loyalty and reputation, gained with their customer. Then, there is awareness, which is surely easier to achieve for an automotive brand. And finally, thanks to big data and customers’ behaviour and preferences knowledge they can make more informed decisions regarding service offering.

Car manufacturers, anyway, have not lost their faith in the potential of this model. Several of those who abandoned their first run, such as BMW, Mercedes-Benz, Cadillac, and Ford, according to several sources, are rethinking it to come again with updated strategies in the future.

Not all, in fact, have failed at it. Porsche and Volvo above all, with their respective programs called Drive and Care. But first, let’s see why the subscription model failed in many instances.

WHY THE SUBSCRIPTION MODEL DID NOT WORK (MOST OF THE TIME)

The main reason seems to be that the advantages of being able to change cars more often, thus trying different models, and in general having a more stress-free ownership experience were not perceived as valuable enough to justify the price premium asked for these services.

Very often, in fact, subscription models’ monthly fees can be two to three times (or more) higher than the lease payment for an equivalent vehicle. This, despite the fact that the latter usually requires a significant initial down payment, in the thousands of dollars, which is much higher than a subscription activation fee that is in the hundreds instead. The monthly price asked by OEMs such as Audi, BMW, or Mercedes, started at around $1,000 per month, to easily reach over $3,500 for more premium vehicles. The overall cost was naturally much higher than leasing a car over the same period of time, and the included insurance and maintenance did not seem enough to convince a significant number of clients.

Plus the programs got very expensive for automakers as well. The possibility for a customer to switch cars often meant more management costs along with fleet maintenance. In an interview with Car and Driver, Gartner VP Mike Ramsey claimed: “They [the automakers] have to build a ton of inventory ahead of time to allow for people to swap in and out of vehicles. In order for it to make sense, you have to charge a fortune for it”.

Then, the ‘generational change’ that happened in other industries with younger people being more open to share or adopt different ownership models did not happen in the automotive industry.

Probably, people attach a different value to a car, which is not yet seen just as a tool to move from A to B. Also, in this respect, not as many people as expected took advantage of the opportunity to swap cars monthly, or simply did for a while but got tired quite quickly. As Adam Chamberlain, Mercedes-Benz sales vice-president in the US said “At the start, customers enjoy changing the car. After a certain period of time, they want to leave their car with their stuff in it”. This makes the problem even more serious, considering the costs involved to build the fleet, as mentioned before.

Overall, then, these programs seemed to lack focus in certain areas, along with the pricing strategy. First is the specific demographic that the subscription should appeal to. And second, a clear, or strong enough, value proposition. Which might be the key to the success of Porsche’s program Drive.

WHAT WORKED SO FAR?

Back in 2017, like many others, Porsche started its pilot trial called Porsche Passport in Atlanta, United States.

Initially, Passport offered two tiers of membership called “Launch” and “Accelerate”. The first gave access to a more limited range of just 8 models for a monthly fee of $2,000. The second offered a more complete selection of 22 model variants including 911 Carrera S, Panamera 4S, and other sportier product lines, for $3,000 a month.

The service has later been expanded to other cities in the US, and along with it new offerings for added flexibility have been added. From the same fleet, there is the opportunity to rent a car for just a day, or up to a month, and even to buy gift vouchers to rent a Porsche. Then, as automakers learned that not many customers were interested in constantly swapping cars, Porsche extended its program including a cheaper option that includes the rent of a single vehicle.

Most of all, however, Porsche not only did not lack focus in its offering and services updates but neither did it in its communication. The claim on its websites says ‘Dreams on Demand’. And this is what Porsche offers. Not an everyday vehicle, not even a daily luxurious driving experience for the sake of it. Drive offers access to an aspirational experience, something that very few can afford and that brings with it all the brands prestige and status. It is clear how both the communication and the value proposition behind this service differ from those of other companies. And this is also why prices did not matter as much in this case. The service was aimed at rich people looking for a hassle-free experience that does not substitute the car ownership in the long term. 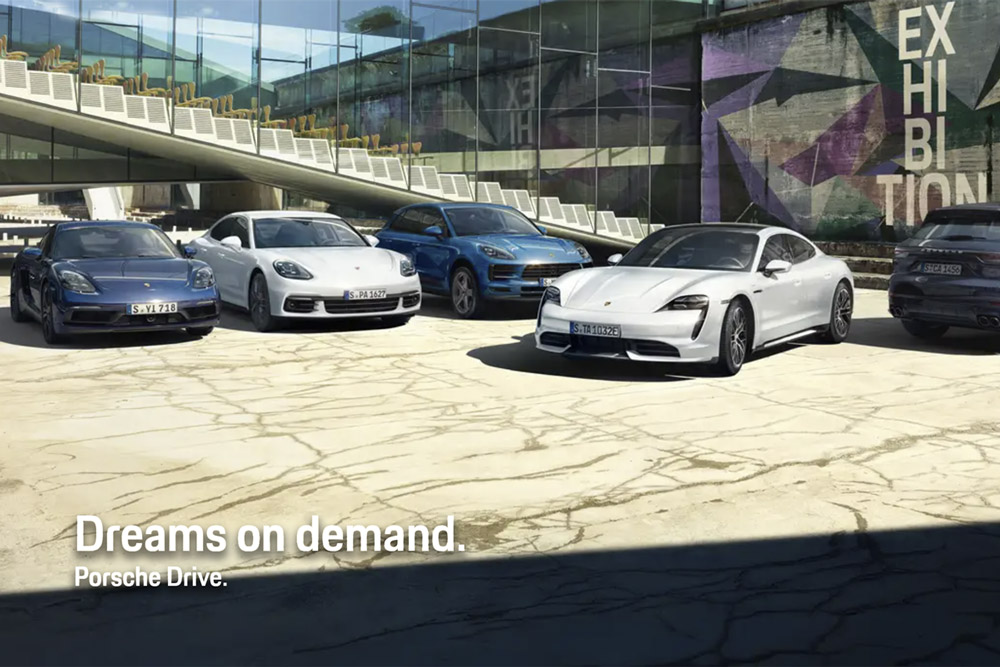 Is not just the luxury carmaker status that made subscription success possible anyway. Volvo’s Care has succeeded in understanding that clients preferred to maintain a single vehicle instead of swapping constantly. But also that a seamless, immediate customer experience was key both in subscribing and getting the car delivered, as well as unsubscribing from the service.

WHAT ABOUT LOW-VOLUME LUXURY AUTOMAKERS?

At the top-end of the market, naturally, things change quite a bit. A subscription service is not feasible for companies with a build-to-order production unless decision-makers actually change the business model, or simply increase production to account for a fleet dedicated to such service. Also, most of them, having already an extremely sophisticated brand experience and customer journey, offer a somewhat similar experience through dedicated events.

Inviting clients to new car unveilings and test drives are not only ways to increase loyalty but also to keep them interested in the product line.

Then there is the potential detrimental effect on the company’s reputation. Giving access to a super-exclusive brand through rent could have negative effects on its image. But that is not the only option available. In 2017, Bentley too, with a trial run in a few US cities, introduced its own ‘rental’ service called Bentley On Demand and defined as a concierge-style luxury experience. 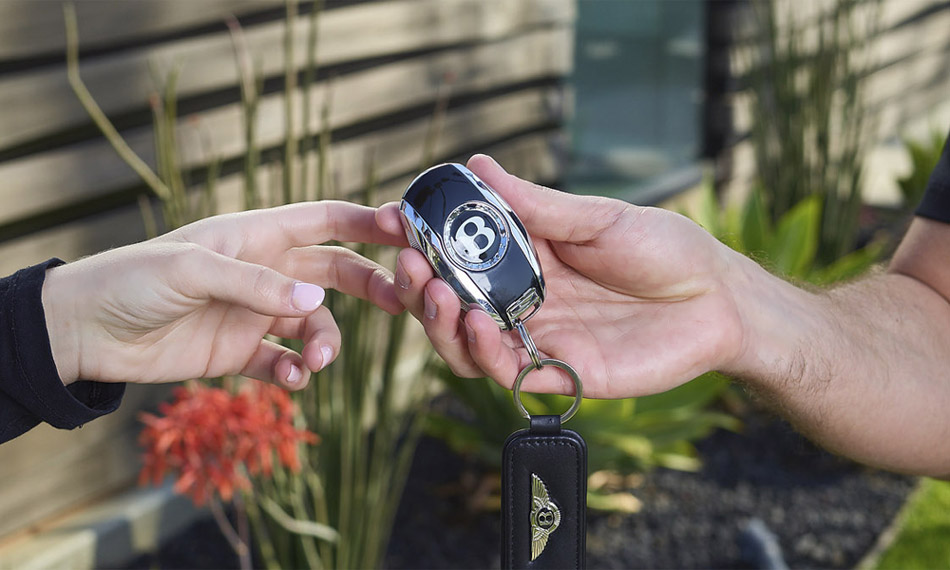 On Demand avoided the issue of brand dilution as it is offered only to existing clients. The service is accessed through Bentley’s dedicated app. Here the client can choose from a fleet of available cars and after the order, a concierge delivers the car to a preferred location and collects it once the reservation ends.

There seem to be no further news about the development of this program, which could mean that even if still active it has not been expanded since its introduction. Nonetheless, this is a highly valuable service that can truly benefit a client by solving a problem. For instance, someone who travels often, whether it is for mobility necessity or just for driving enjoyment, can take advantage of the same automotive experience in a different city whenever needed.

The initial failure of automotive subscription plans does not an indication of future failures, or the service lacking potential. This is actually demonstrated by those few that were successful so far. But some assumptions on the overall market direction did not come about and so a revision of the business models will be necessary.

As showed by Porsche, luxury automakers can take advantage of their name and reputation as long as the experience offered matches the brand’s message. So for a luxury automaker, a subscription for a high-end or sports car means more than just having a new vehicle to go from one place to another. Bentley’s example too shows the opportunity offered by alternative ownership models backed by a creative marketing process. And even though, in this instance, the service does not turn into an additional income stream, it still represents an extremely high level of customer service that can increase brand loyalty and reputation making it worth the investment.