The evolution of the automotive industry poses a lot of challenges especially when it comes to sports and supercars that for their nature are created to offer something more than just moving from A to B.

It is a different concept of driving. Emotions, thrill, and excitement are the cores around which a car is built. And they come in different forms.

Design, performance, sound are the three main drivers of these emotions, and as Lamborghini’s CTO Maurizio Reggiani in a recent TEDx claims, electrification poses the biggest challenges to these very characteristics that have become the distinguishing factors of this sector. Especially when it comes to weight, drivers’ engagement, sound, and even design.

According to OICA, the automotive industry invests around €85 billion yearly in Research and Development, making it one of the strongest innovators in the world. So, R&D spending is a big component of each company’s annual financial report. But there is, in fact, a substantial difference between low-volume and mass-produced car manufacturers, as shown in the graph below that compares Aston Martin and Ferrari to other large luxury and non-luxury high-volume European Groups. 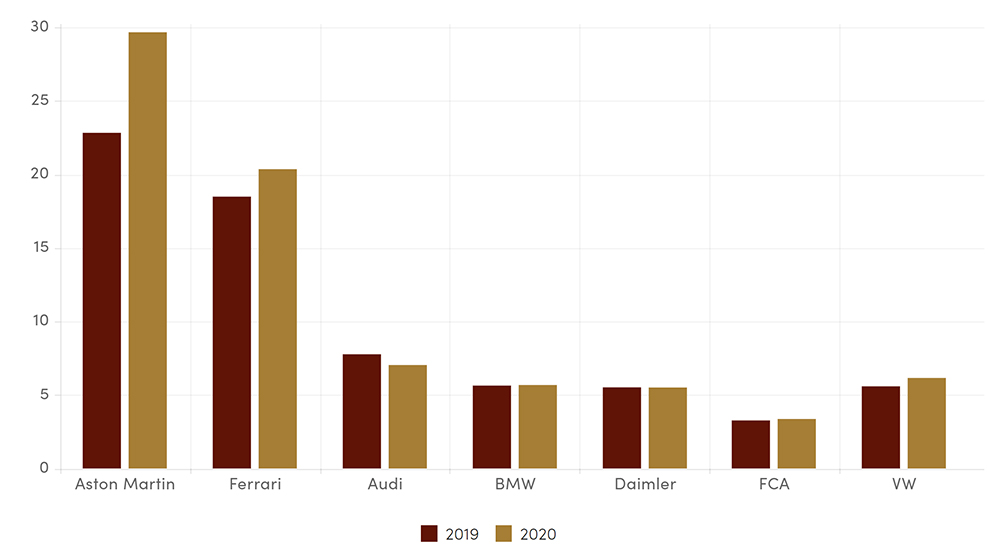 While Lamborghini does not disclose exact R&D-related figures, a few years back, upon launching the Huracán, Stephan Winkelmann claimed 20% of their turnover was dedicated to Research and Development. Also, when announcing the company’s new strategy ‘Cor Tauri’, he claimed R&D spending would increase to €1.5 billion over 4 years. Considering a revenue superior, or in line with the €1.81 billion of 2019, in these next years, this would result again in an average of 20% of R&D spending as a percentage of the company’s revenue. The figure is aligned with the industry competitors for which the spending percentage is around four and a half times as much as mass-production automotive companies according to 2019-2020.

According to Reggiani, what is needed at this moment in the industry is not evolution, but a proper revolution. Automakers, even in this technology-driven segment, have been evolving a concept extracting more performance from a similar technology, at least most of the time.

Electrification instead, for all the characteristics mentioned at the beginning, requires a new vision.

This is what Luciano De Oto, former Director of Advanced Composites Lightweight Structures Development at Lamborghini claimed was achieved with the Forged Composite. Something that significantly changed the production process compared with previous techniques of carbon fibre composite moulding.

Regardless of specific definitions, however, the forged composite development is an emblematic case of how change is achieved in luxury performance automotive as both the companies that participated in this process are outside the industry. This innovation push often comes from unexpected sources. So, companies look for radically different approaches than the ones that a long-time automotive professional would adopt. On this topic, even Dallara’s CEO Andrea Pontremoli a while back, quoting a research made on over 1,000 entrepreneurs from different countries, explained how on average up to 70% of the innovation in different fields is driven from outside a company.

In the case of Lamborghini, the catalyst was the work done by Boeing with the Advanced Composite Structures Laboratory (ACSL) and successively by Callaway. 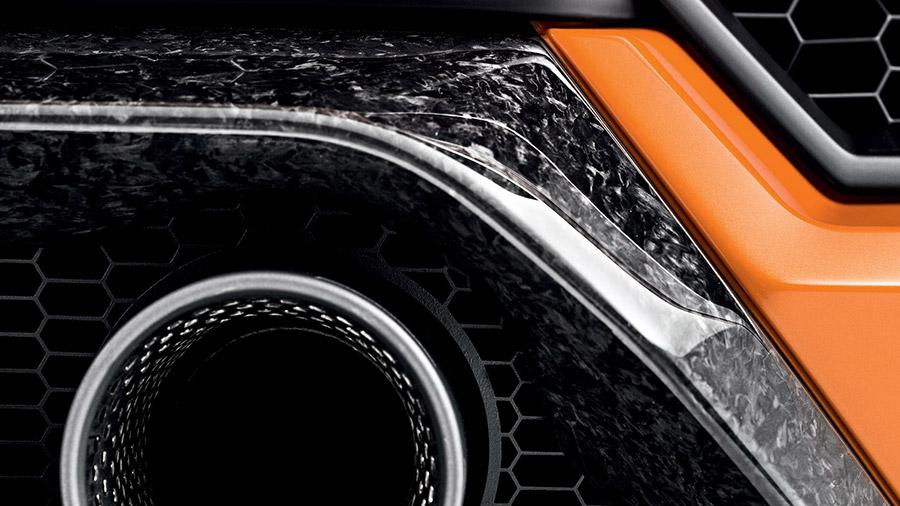 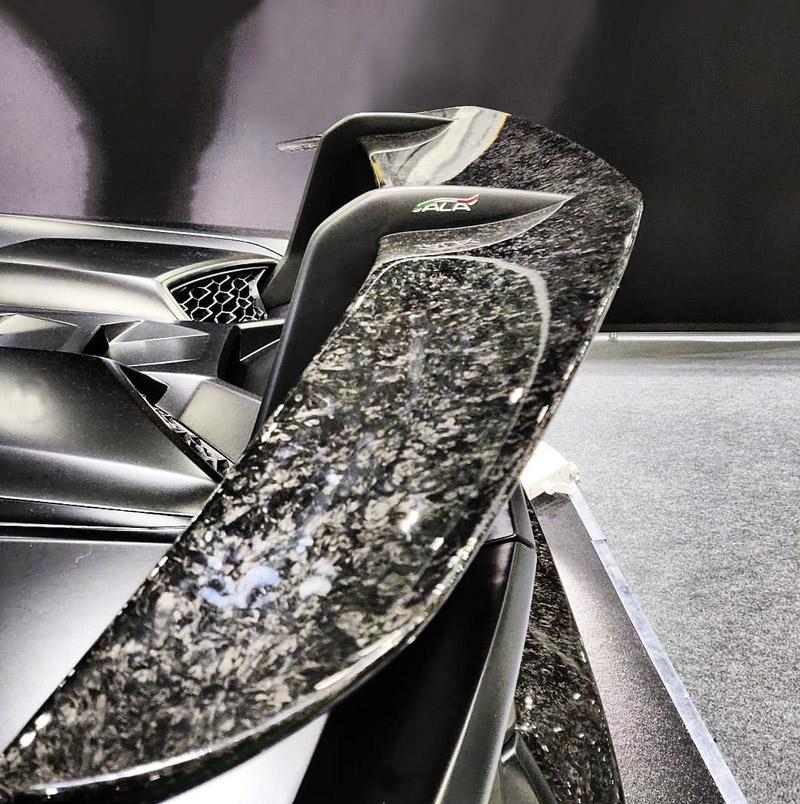 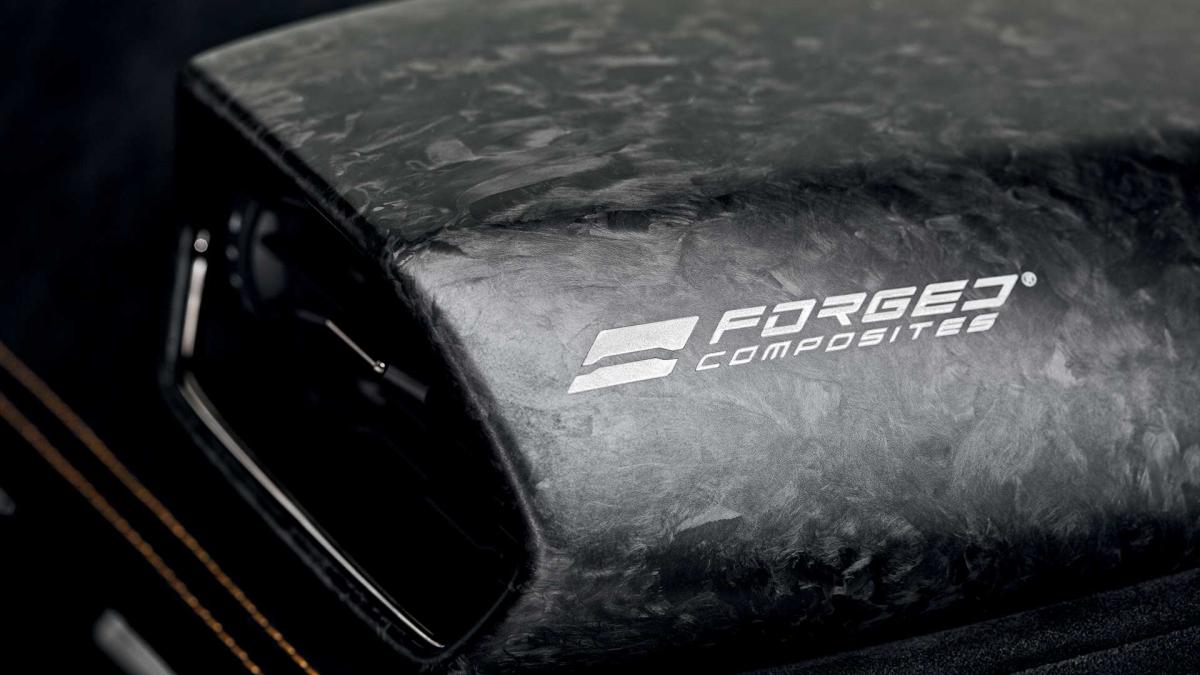 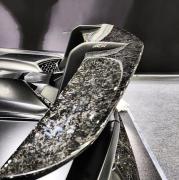 The laboratory was initially sponsored by Boeing with the Federal Aviation Administration for the development of carbon fibre composites for the company’s aircrafts. Soon in 2007, Lamborghini entered the partnership to sponsor the research on chopped carbon composites. And this was not unprecedented, as already in the 80s, Lamborghini had brought in engineers from Boeing exactly for their expertise in composite materials development.

Fast forward to 2009 and the ACSL pioneered a new material called Forged Composite because it was obtained with a press technology. At this point, from an aerospace company, the new technology was transferred to a golf equipment manufacturer, Callaway. Its collaboration with Lamborghini gave birth to the commercial use of the forged composite, showcased for the first time at the 2010 Paris Auto Show with the Sesto Elemento that featured the entire tub made of it.

The structure that initially collaborated with universities, in 2013 became a research unit for product development and application. Along with it collaborated the Advanced Composite Research Centre (ACRC) and the Carbonfaserverstärkter Kunststoff (CFK) centre, that from the initial development of the ACSL, turn the new materials into products that are then introduced to the market.

THE BENEFITS OF INNOVATION

This partnership brought numerous advantages that went beyond the mere implementation of the new material.

The forged composite was initially employed for its specific qualities. While less resistant than the carbon fibre with continuous weaves, the new composite allowed for great repeatability and high-quality results, with drastically increased volume and time-saving in the production process. When the previous process took several hours, the new one is a matter of minutes. Additionally, thanks to its malleability the forged composite can be easily shaped and offers much more freedom. 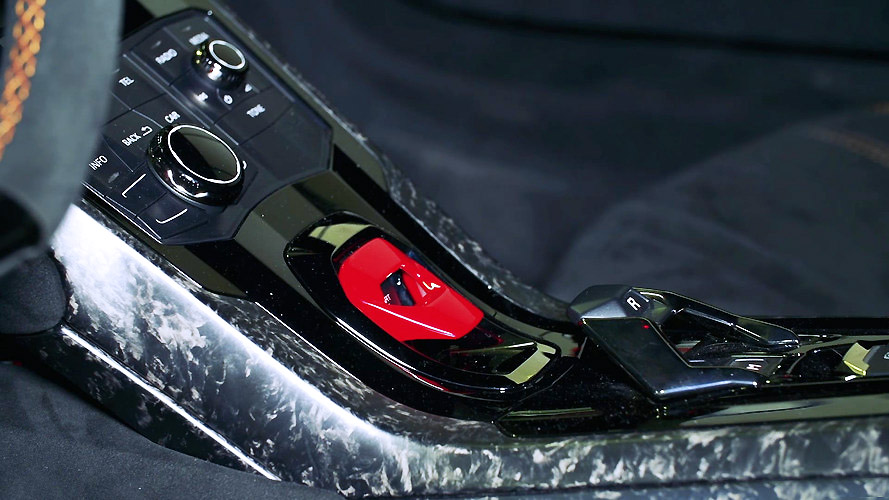 Significant engineering work has then gone into compensating for its lack of strength compared to the ‘regular’ carbon fibre that is still used extensively in every car.

Beyond this, however, the work with an aerospace developer gifted Lamborghini with a new testing process defined as Building Block Approach. By going through a pyramid of complexity in analysis and testing that minimises risks, Lamborghini managed to get the safety certification for the Aventador after just one crash test. While some competitors necessitated up to 48 crash tests for a single vehicle. This naturally translated into a significant time and cost-saving measure.

The second benefit of this collaboration was the TÜV’s certification. Technischer Überwachungsverein or Technical Inspection Association is an entity that inspects systems and processes to minimise hazards. Thanks to expertise transferred again from Boeing, Lamborghini was the first to receive this certification for the structural repair of carbon fibre by TÜV and other insurance companies.

Last but not least, as every automaker has realised, the carbon fibre that was initially “hidden” under the paint or interior materials in super sports cars, has become synonymous with performance and sportiness. This made it desirable. So, clients look for more carbon fibre aesthetic components. The trend reached its peak with the release of fully-exposed carbon fibre cars, like the Centenario or the Sesto Elemento. Following the trend, the forged composite too, as soon as it came along, became an aesthetic component both in the interior and exterior of the concept Asterion, the Huracán Performante, and more. 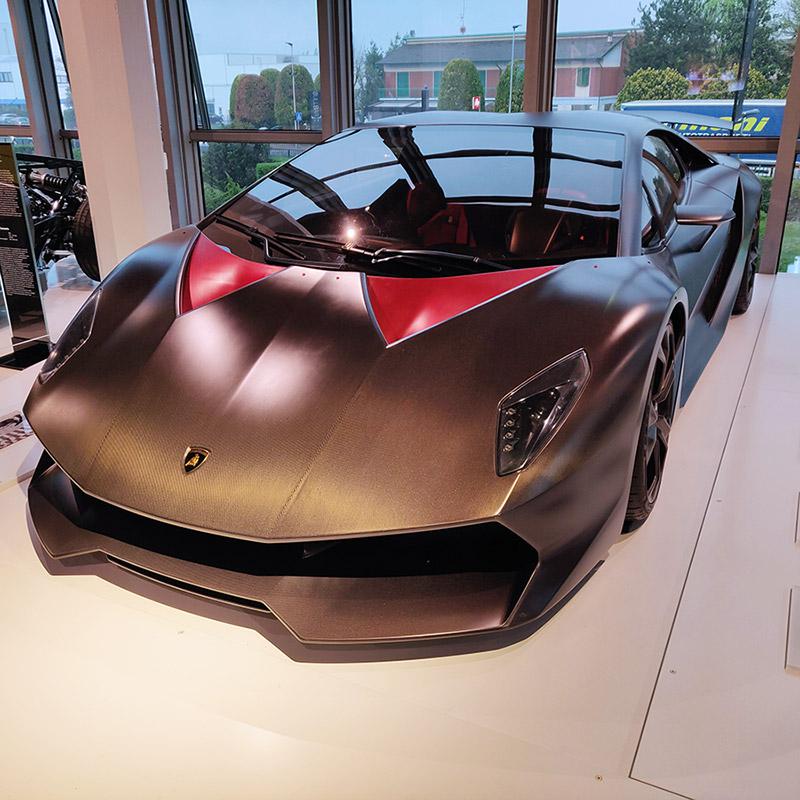 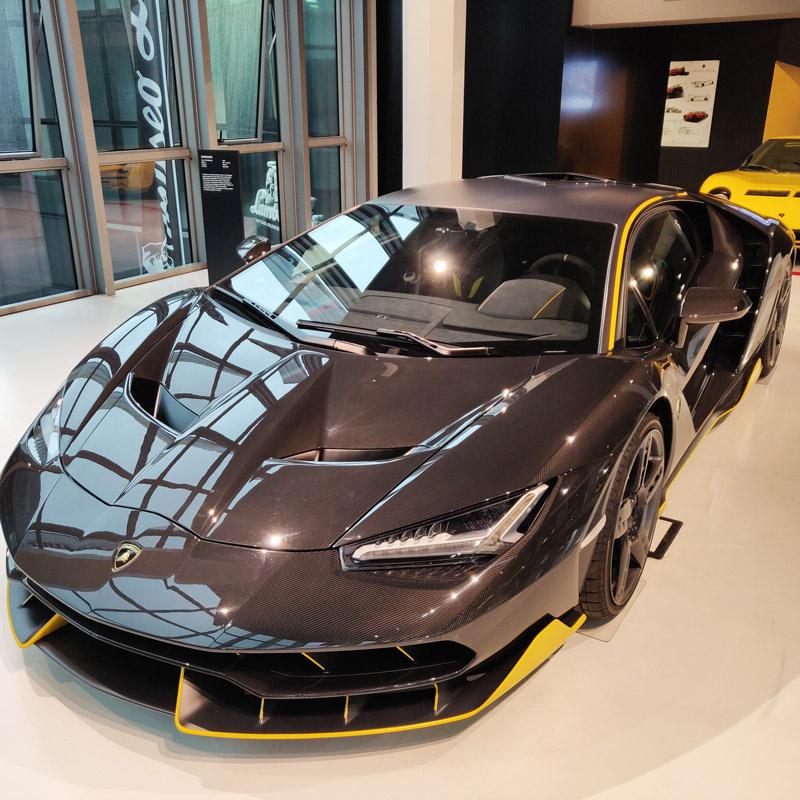 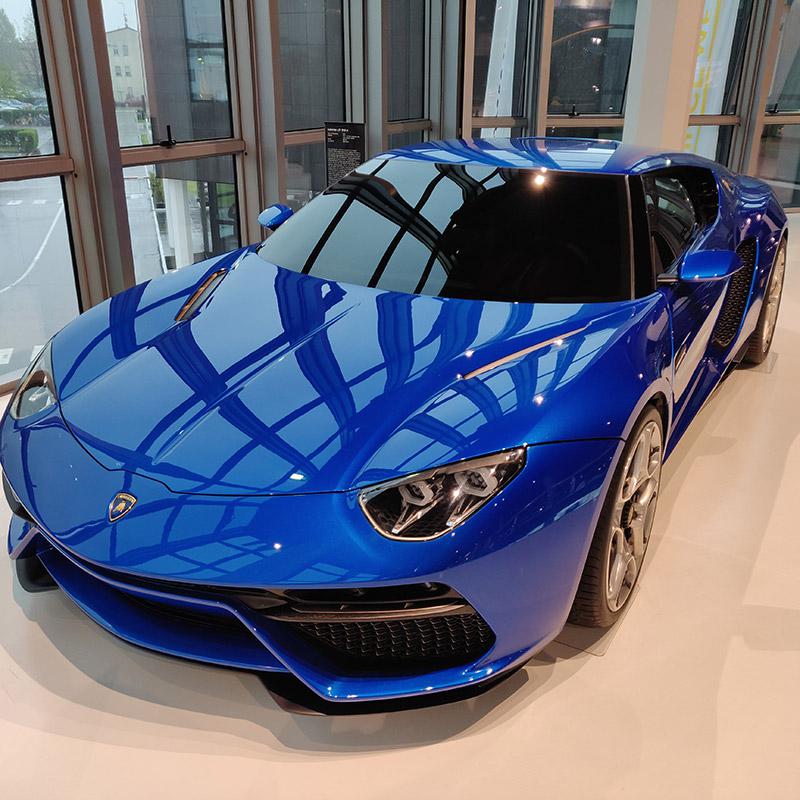 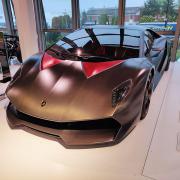 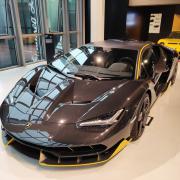 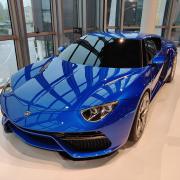 Apart from the one described, there are numerous other examples of innovation coming from outside the automotive industry.

One source not discussed in this article but by no means less important is the University. To develop its vehicle of the future, the Terzo Millennio, Lamborghini targeted four main pillars, Energy, Innovation in Materials, Powertrain & Vehicle Architecture, Sound & Emotion. These four pillars were developed in collaboration with the MIT in Boston. And this is only one of the ongoing partnerships with major educational institutions around the world.

Lamborghini, of course, is not the only one in this respect. While companies such as Ferrari, McLaren, and now Aston Martin drive the majority of their innovation from their respective Formula 1 divisions, they too have programs involving superior education institutions. And as reviewed in ‘Not just luxury cars: Aston Martin diversification strategy’, the British company, at least up until a couple of years ago underwent several projects outside the automotive industry. Even if with different objectives from the ones described above, these as well are an example of how automakers can decide to drive innovation and technology research.