On Monday, Maserati announced its entry in the Formula E Championship starting from the 2022-23 season. This is not just a first for the Trident house, but a first for Formula E itself which sees the first Italian manufacturer entering the Championship, and a first for Stellantis that through Maserati gains access to the top of electric vehicles’ racing, and to an important testing platform for future developments. As said by Senior VP of Motorsport, Jean-Marc Finot:

“Beyond this piece of history, Maserati Formula E will be our technological laboratory to accelerate the development of high-efficiency electrified powertrains and intelligent software for our road sports cars”

Formula E will be on its 9th season next year. But the most important news, on which Maserati is most likely betting, is the introduction of the 3rd Generation (or Gen3) of the car. It promises to be lighter, more powerful, and overall more evolved than its predecessor. It should be a significant step forward compared to the current Gen2 Evo even in terms of looks, to try and make the sport more appealing.

Keeping in line with its message, there will also be an improved focus on sustainability. Along with the best energy efficiency possible, the cars will be developed around a full Life Cycle Assessment, to retain its status as the first fully net-zero carbon footprint global sport. So far, the organisation has offset its carbon emissions thanks to initiatives certified by Verified Carbon Standard (VCS), Clean Development Mechanism (CDM), and Gold Standard (GS), all drawn around the Kyoto Protocol.

Gen3 cars will make more extensive use of sustainable materials. Consumables such as tyres, batteries, and even broken carbon fibre parts will be investigated to improve their lifespan, as well as their end-of-life/recycling processes. 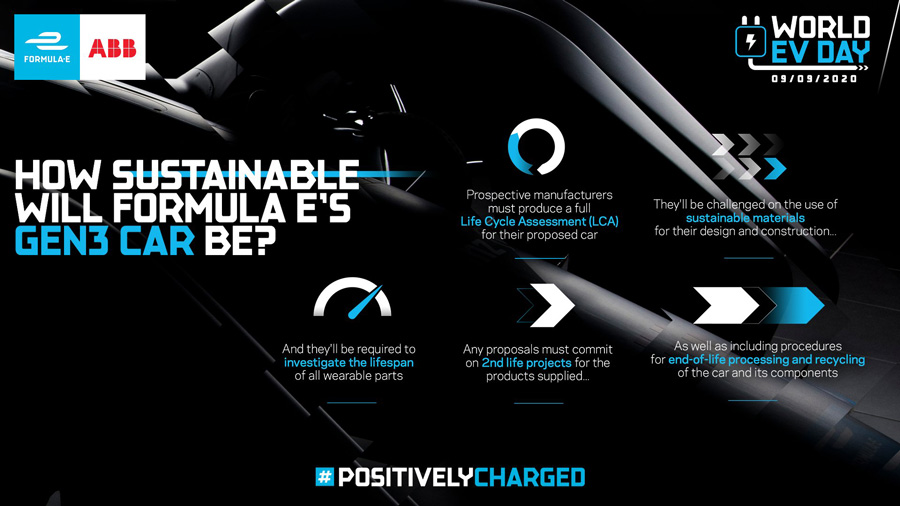 Over the first 7 seasons, the sport's popularity increased quite significantly, peaking during the 2018-2019 season, with 411 million unique viewers. The next year was heavily impacted by the pandemic, and even though the 2020-2021 season displayed a good recovery, it did not quite reach the level of 2019. One positive data highlighted by ABB Formula E however is that the live audience was the highest ever. 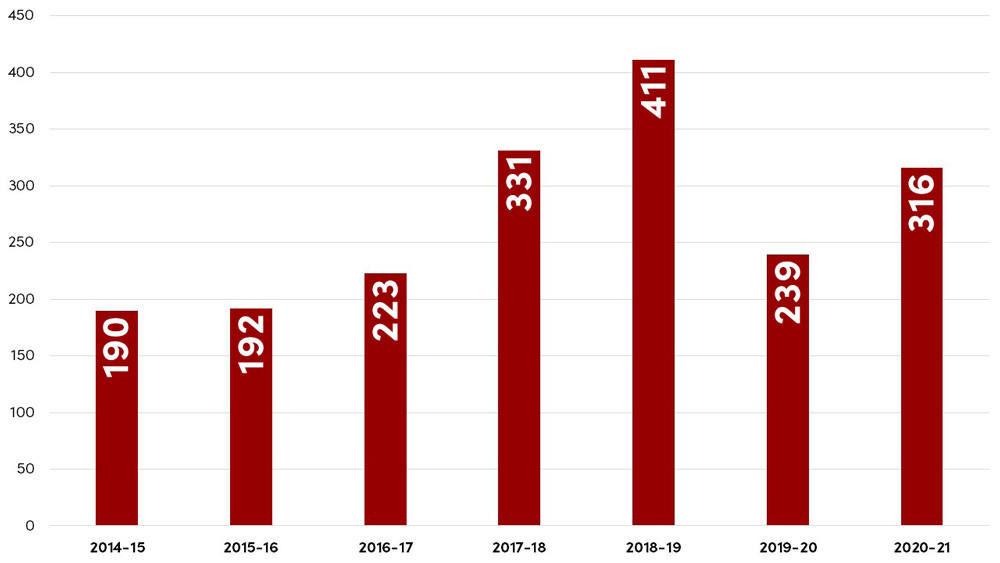 Despite the increasing audience, revenues fell by 11.5% to €142.8 million due to races cancellation and sales prices decreasing. The key objective is still to reach profitability, but the upcoming financial regulations and car changes could have a positive impact.

Starting from seasons 9 and 10, in fact, the sport will impose new financial caps for teams and manufacturers. They will have a maximum expenditure of €13 million and €25 million per season each. The limit for the teams will be increased to €15 million from the 11th season. These have been devised by the FIA management along with the teams to help the long-term sustainability of the championship.

In the meantime, along with Maserati, Formula E continues to receive the support of several high-profile manufacturers such as Audi, BMW, DS Automobiles, Jaguar, Mahindra, Mercedes, Nio, Nissan, and Porsche.

The entrance into the electric racing championship is only the last step of a long restructuring process for the Italian automaker. It started back in 2019 with important changes at the top of the organisation’s management after two bad years, and an extremely negative 2019 when the majority of the competitors took advantage of a healthy and growing market instead.

Since then, Maserati has successfully presented to the world its new super sports car MC20, which in the company’s representatives words would have marked the OEM’s return to racing. 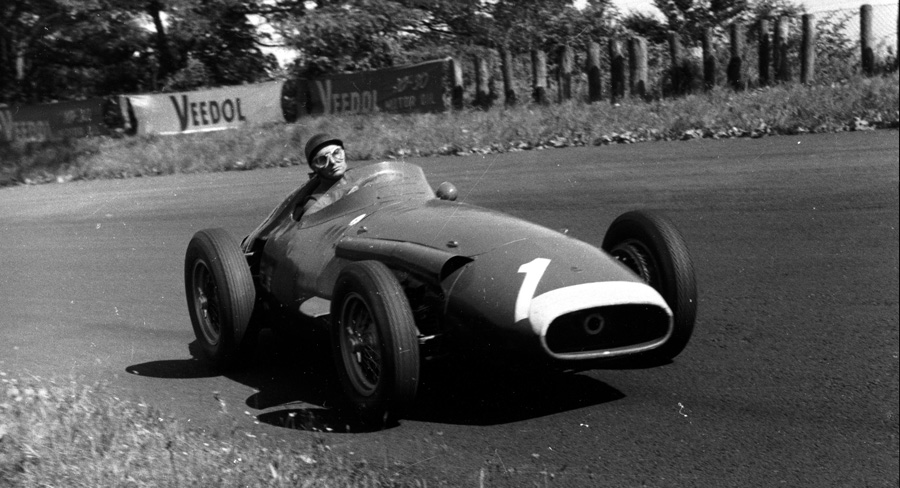 *Fangio competing in F1 with the Maserati 250F

A racing history started in the early 1900s, with the Tipo26 whose name 26 indicated the year in which it first competed. It then followed in the 30s with several victories at the Targa Florio, and several successful participation in the World Sportscar Championship (now WEC) throughout the 50s. During these years it also took part in the Formula 1 Championship reaching victories and famously, the title in 1957 with Juan Manuel Fangio driving the 250F. 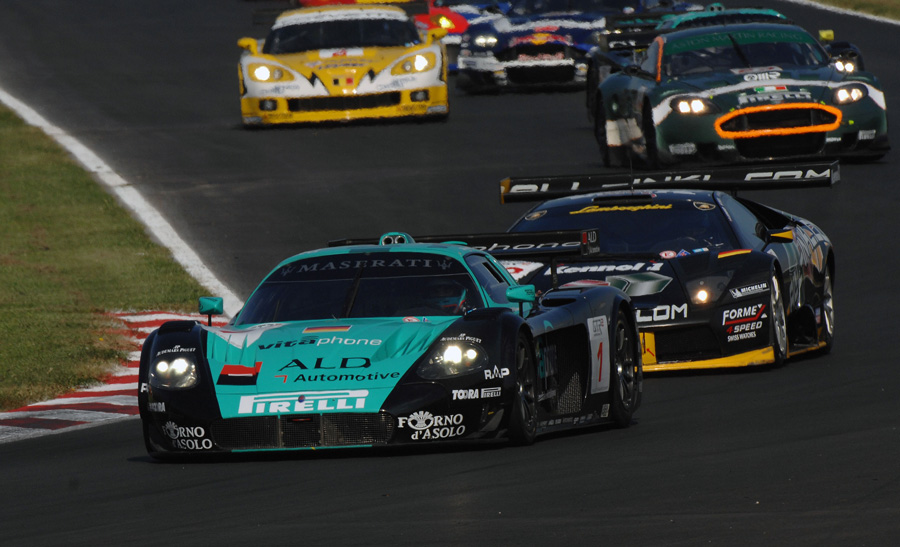 Now Maserati is keeping its promise, but probably not quite like some expected. So, instead of going racing with the MC20, the OEM enters Formula E.

This, of course, is still extremely important (probably even more so) for the company’s medium to long-term strategy, as electrification gains importance, and Maserati brings forward its “Folgore” line-up (thunderbolt in Italian).

So far, the automaker has introduced two mild-hybrid versions of its existing models Ghibli and Levante both featuring a 48V motor paired with the 4 cylinders 2 litres engine. Electrification was supposed to arrive already in 2021 with the all-new GranTurismo and GranCabrio, only teased in camouflaged shots so far. The models have been delayed as it has the upcoming crossover Grecale, the smaller sister of the SUV Levante.

In terms of sales, 2020 was an even worse year for Maserati. This time though it was not alone, as almost every automaker, except those in the top-end of the luxury market, have been hit hard by the pandemic. The first half of 2021 had instead shown strong recovery signals with over 100% increase y-o-y, but that was mainly due to an overall market recovery. Sales of around 11,000 units in the first six months indicate that the automaker could even exceed its 2019 figure of 19,000. This year, however, minor problems have still been caused by the pandemic, along with the mentioned delay of the new models sparked by the chip shortage discussed in a previous article. 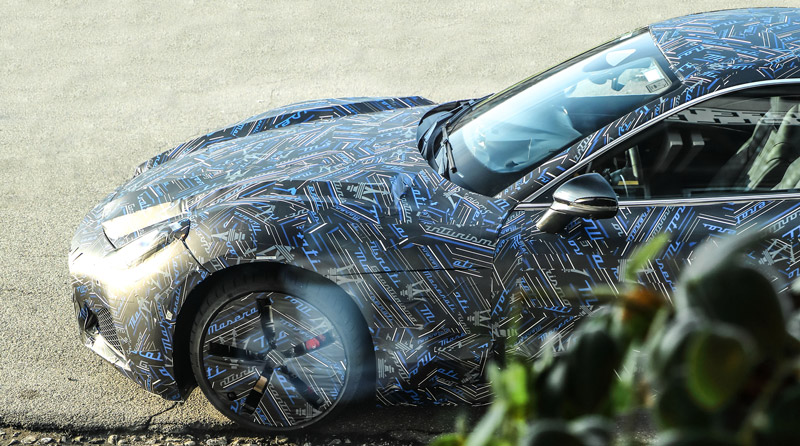 Overall, even with setbacks caused by major industry factors, Maserati has shown important recovery signals and some interesting choices aimed at properly relaunching the brand. In this context, the Formula E entry represents an important opportunity both in terms of technological development and marketing.

For the automaker’s marketing, the Formula E championship is more of a bet on its future. But still a pretty safe one. In the best-case scenario, if the popularity of the sport keeps growing it could contribute to putting back Maserati as a prominent name in motorsport, as well as a name synonym with innovation and performance in the luxury electric mobility space.

If Formula E does not get the popularity many are hoping for, Maserati will still have the opportunity to reap the rewards of technological development and a boost in visibility and brand image with a niche of fans and enthusiasts.

Finally, it is important to note the opposite dynamic as well. In important markets like the US, where the Italian brand is very popular, the Maserati name could attract new fans to the sport increasing its following.

In September 2020, as is required of any proper luxury manufacturer, Maserati launched its personalisation program: Fuoriserie.

This division adds prestige to the brand, especially on the occasion of high-profile partnerships like the latest with David Beckham for a one-of-a-kind MC20. The new motorsport initiative too can offer important synergy opportunities, like others are doing. One good example of this is Aston Martin that has used its recent entry in the Formula 1 championship on different occasions for special editions or unique specifications of its road cars.

Maserati can use its renewed motorsport activity to create a unique heritage thanks to the all-important personalisation in the modern luxury automotive market.