NFT in Luxury automotive: Ferrari and Lamborghini jump in

NFTs (Non-Fungible Tokens) have been around for a while, but only in 2021 we have seen this space literally boom. And this trend in technology directly linked to that of cryptocurrencies and blockchain, among others, is gradually affecting every industry in different ways.

NFTs are unique digital assets, corresponding to a unit of data stored on a blockchain. The blockchain technology has already proven to have a lot of potential for significant applications in automotive. In the case of NFTs, it ensures the authenticity of ownership through the digital ledger. This means that while an image, photo, video, or audio can be copied as any other digital piece of content, its ownership is securely determined.

In a world increasingly moving toward a digitalised everyday life and the creation of a metaverse, digital assets ownership will become key for future transactions and contracts. So, while we are still in the early stages of this revolution, new possibilities opened by this trend have sparked a lot of interest and a huge amount of new ventures. Automotive companies are also entering the space.

Among the first to try it, two examples that come to mind are Nissan and Alpine. 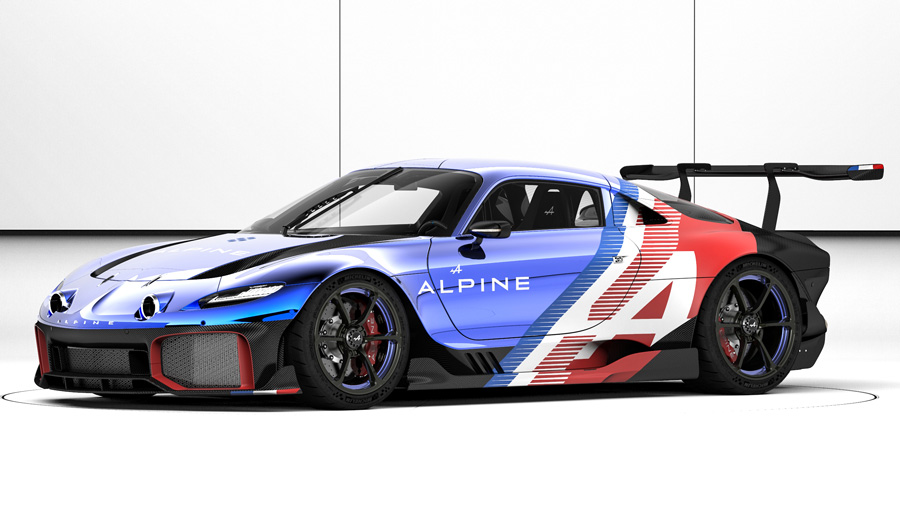 The Canadian branch of the Japanese automaker created an auction for some digital artworks of its iconic GT-R. The artworks realised by a local artist have been priced starting from a little over $200,000 and bundled with a real GT-R Nismo Special Edition that is sold for almost the same price, making the deal much more appealing. Additionally, all the profits above the initial sum have been destined for charity.

A little later Renault’s revamped motorsport brand Alpine sold artworks of its GTA Concept in five different liveries as NFTs. These have been offered then as the first branded models on the blockchain-based racing game REVV Racing where all the in-game cars are actual NFTs.

A lot of initiatives by the likes of Porsche, Maserati, VW (Malaysia), and Rolls-Royce followed these two with their own initial collection.

What about Ferrari and Lamborghini? How is this market developing and what can be expected for the future?

Around a month ago, Lamborghini teased a new project under the hashtag #ToTheMoon and similar posts on social media have been published since. While the automaker has not revealed much yet, at the end of a few short trailers the NTF Pro logo appears. Lamborghini itself is featured in NFT Pro’s videos and appears in the long list of high-profile clients and partners (Juventus, Adidas, Atari, Accenture, Deloitte, AWS). The company specialises in digital transformation and promotes the importance of this new asset class in future markets through different solutions tailored for each specific client. 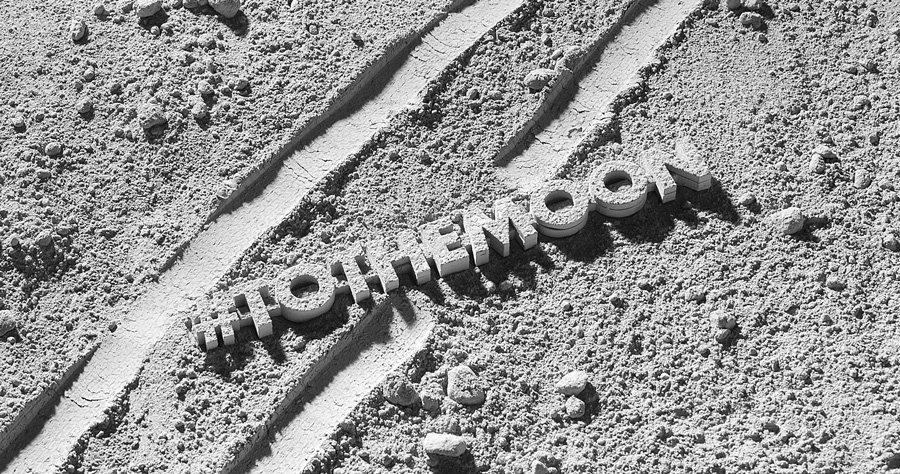 Just a few days ago, Ferrari too announced a new partnership in the same direction. The new collaboration is with Swiss technology company Velas Network AG. The company is building a blockchain-based ecosystem of services and products, which as Velas says, aims to “combine the best qualities of both centralised and decentralised solutions”.

While this might sound confusing, in its press release Ferrari tells us a bit more about its objective with this new partnership.

The agreement aims at delivering exclusive digital content for fans. This is an interesting choice, because differently from what we have seen so far for companies like Rolls-Royce, Ferrari did not include just its clients, but also its fans.

The direction is also confirmed by the fact that Ferrari wisely decided to use Velas as its title sponsor for the E-Sports series, both the one-make championship and the Formula 1 one. 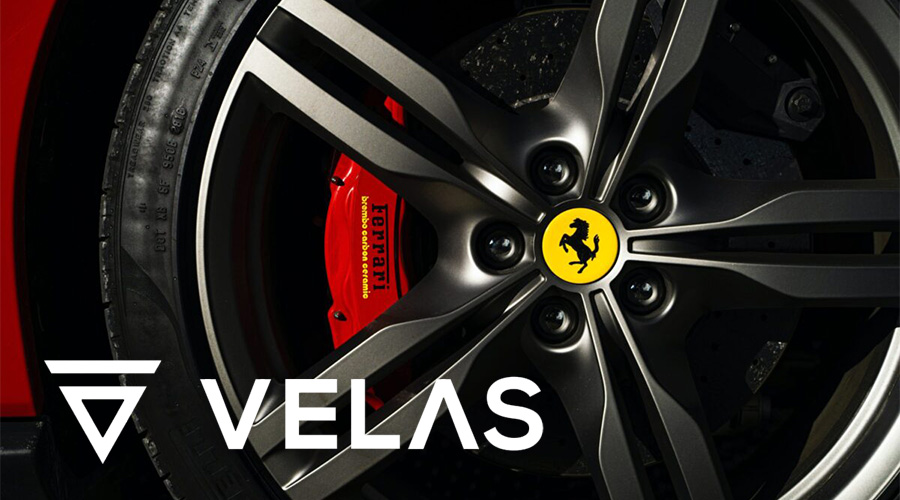 Before going on, it must be noted that as of now, NFTs have attracted also a lot of criticism for different reasons. First, due to the carbon footprint and energy consumption required by blockchain’s transaction validation. Second, due to the high amount of scams ongoing as the internet goes crazy for the latest innovation. All of which is also made possible by the fact that these markets, being so new, are mostly unregulated.

It is understandable then why both Lamborghini and Ferrari’s partners highlight the sustainability of their services and the effort and systems in place to grant the highest levels of cybersecurity.

NFT Market and what it means for luxury automakers

The overall size of the NFT market has grown exponentially in 2021. An analysis from Reuters says that the sales volume in the first three quarters of 2021 reached $10.7 billion in value, with the first two reaching “only” $2.5 billion. The frenzy for the new digital asset category seems to have slowed down in the last quarter, where the same analyst reports a total transaction value of $13.2 billion, which while considerable, is far lower than the growth registered in Q3.

Other agencies report different numbers, often depending on the asset category considered, whether is only on the blockchain or not. Nonetheless, it is always in the close-to-$10-billion range.

Another research led by McKinsey into sport-related NFTs reports how this category sales peaked in February at $138 million and dropped by over 90% up to July. This data can be relevant for automakers, as, especially for those involved in motorsport, a Sport NFT trend is definitely more significant than those related to art or other fields.

That said, even more interesting is the segment about the buyers' demographic. The same research, in fact, reports that more than half of them are either speculators (which alone account for over one-third of the total) or tech enthusiasts, which also account for almost two-thirds of the overall spending. The rest is composed of collectors and sports fans.

This information paired with the data relative to the NFTs pricing by Reuters depicts an interesting picture. 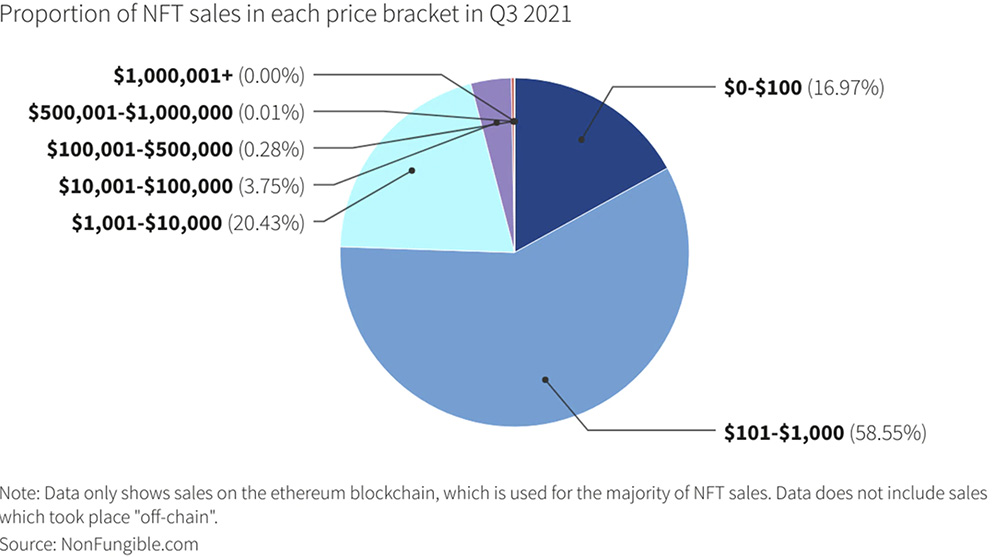 While usually are the big numbers that make the headlines, when a few NFTs sell for millions, the majority of them is comprised between $100 and $1000. All these pieces of information suggest two conclusions. One is that despite what some enthusiasts claim, as of now, the NFT market has really little to do with art. The second is that it attracts a varied audience, not just super-wealthy individuals.

Thanks to their strong branding which is also one of their most powerful assets, luxury automakers can tap into that relatively small audience (at least for now) of fans that want to feel part of the brand. But it does not end there.

A proper dive into this technology like the one that Ferrari seems to be taking can open up many opportunities. Much like what was discussed in the presentation of Unreal Build: Automotive 2021, here too digital assets enabled by new technologies are an unprecedented way to enrich the brand and customer journey. This means that companies can deliver different types of materials to different targets, making the experience much more personalised. For owners with unique pieces that will increase the sense of belonging and the value proposition itself. For fans and enthusiasts something more to nurture their passion.