A couple of weeks back, the news spread about Volkswagen’s intention to sell its top luxury low-volume automaker, Bugatti. What is more surprising is that Croatian EV automaker and tech supplier Rimac has been quoted among the interested parties in the purchase. As many by now suggested though, considering Porsche’s interest in Rimac, the move seems definitely less unexpected. 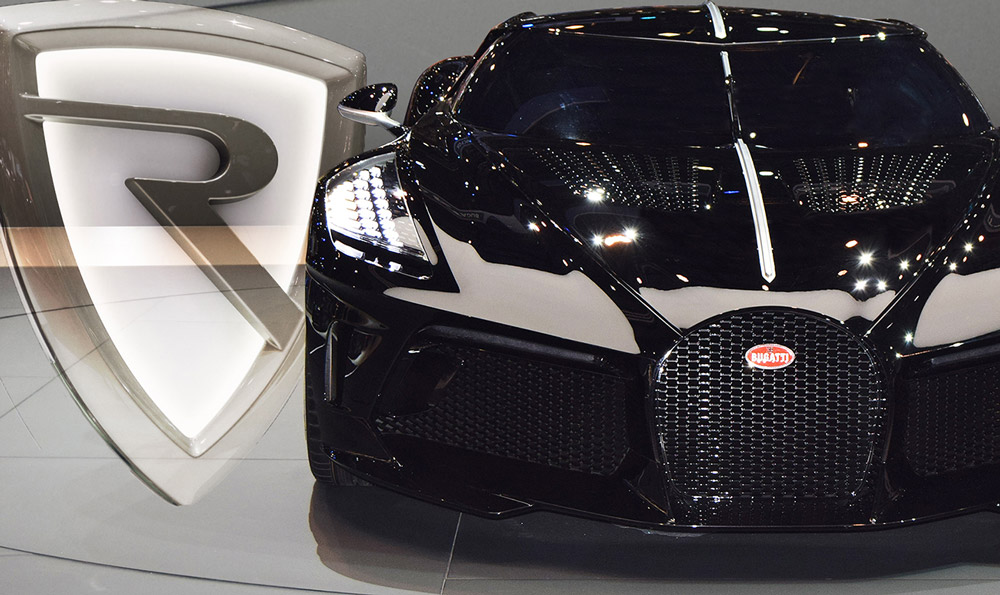 So, is VW just getting rid of the automaker or accelerating its transition into electrification, or they have other reasons (financial difficulties after the crisis)? Is the same going to happen to Lamborghini and Bentley, the other luxury manufacturers under the VW umbrella?

SOME BACKGROUND ON BUGATTI

With regard to Volkswagen Group’s expansion in the luxury segment, its most important year is 1998. It is in 98 in fact, that with Ferdinand Piëch and his aggressive expansion strategy VW completed the acquisition of Bugatti, Rolls-Royce Bentley, and Lamborghini. You can check the article How VW turned Lamborghini into the success it is today? to know more about the latter.

Later, after a few concepts commissioned to Giugiaro at Italdesign, in 2005 the company finally began the delivery of its first production model, the Veyron 16.4. After that, the Chiron followed in 2016, and various limited editions, such as Grand Sport, Super Sport, and Pur Sport. 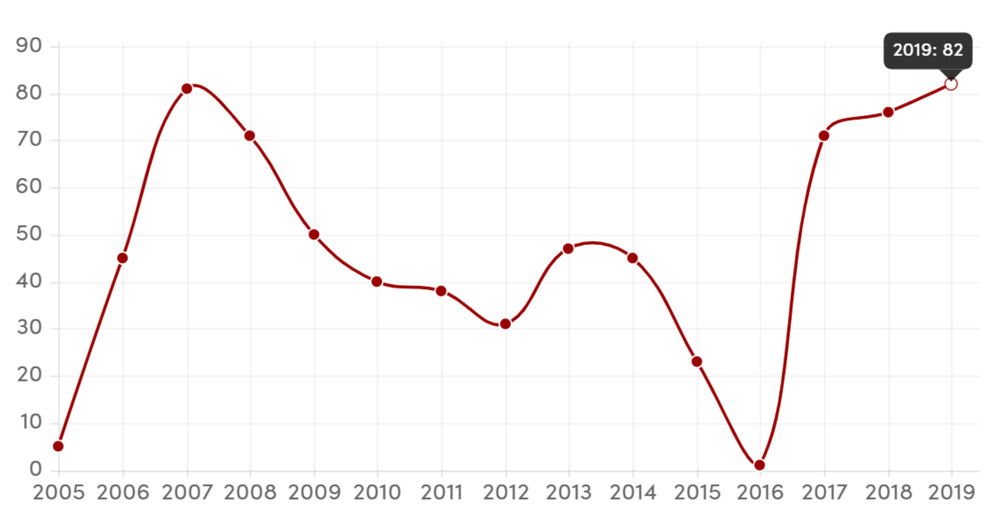 In 2019, the company closed with an estimated €253.57 million revenue (Dun&Bradstreet) and a record sales of 82 vehicles. The sales graph shows mainly the lifecycle (so far) of their two main models, Veyron, and the successor Chiron. In the last two years also, the company attracted, even more, the attention of professionals and enthusiasts’ community with the release of the £4.5 million Divo, the £9 million Centodieci, and the £12 million one-off La Voiture Noire, respectively planned for 40, 10 and 1 units.

WHAT ABOUT VW’S DECISION?

Bugatti’s parent company and owner of numerous other major automotive brands, Volkswagen Group has recently gone under a radical management restructuring. Herbert Diess current group CEO, recently replaced as VW brand CEO by Ralf Brandstaetter, has been at the forefront of the efforts to cut costs, especially in these difficult times, to free resources and allow a fast transition to large-scale electrification. In the first half of 2020, VW Group with a 23% drop in sales, has so far reported a pre-tax loss of €1.4 billion.

According to some reports then, selling the luxury marque would be part of this cost-cutting strategy by the German automaker. But because Bugatti’s acquisition was strongly wanted by Ferdinand Piëch, it would not be possible for VW to just sell the marque. 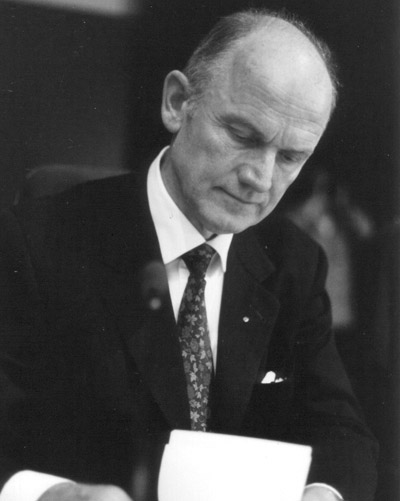 Especially considering that over 50% of the group is controlled by the Holding Porsche SE, whose 50% is owned by the Porsche-Piëch family at 50%, who however retains 100% of the voting rights. 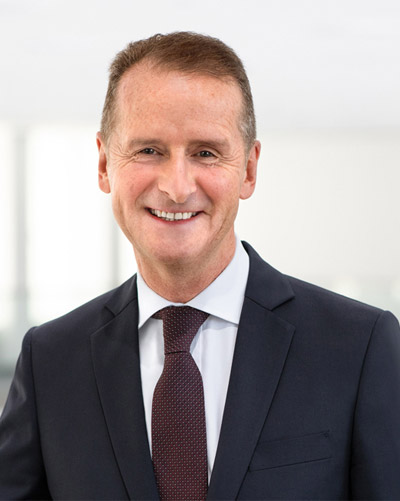 At the same time, Rimac, the Croatian firm leading the luxury performance electric vehicle niche, has become a major player, thanks to its know-how, collecting numerous partnerships and investments. You can read more about it here Nico Rosberg enters the Rimac Family: Rimac Business Model.

So, in the described plan, Porsche that acquired a 15.5% stake in Rimac in two years, would increase it up to 49% while the EV manufacturer would buy the Bugatti brand which would effectively remain, at least partially under the VW Group. Naturally, this process would need the approval of other important stakeholders such as the Chinese Camel Group that owns a 14% stake.

To answer the first question at the beginning of the article, this exchange would not only allow VW to save costs and focus its resources on mass-produced electric cars but would also grant Bugatti a faster transition toward electrification thanks to Rimac. 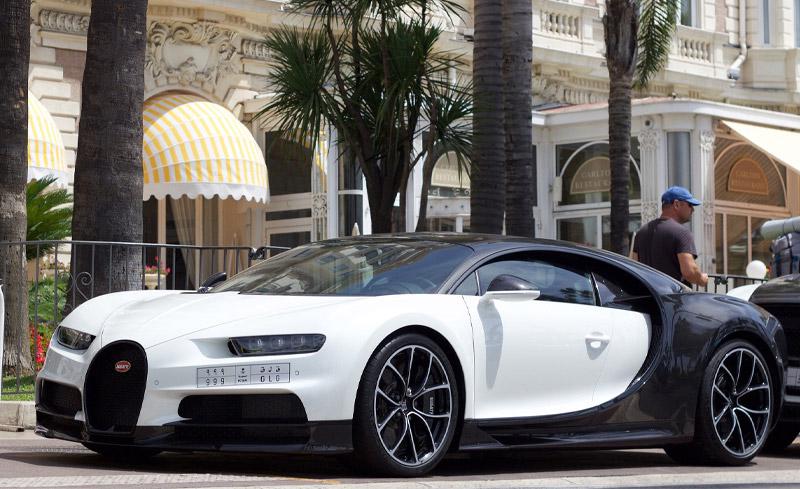 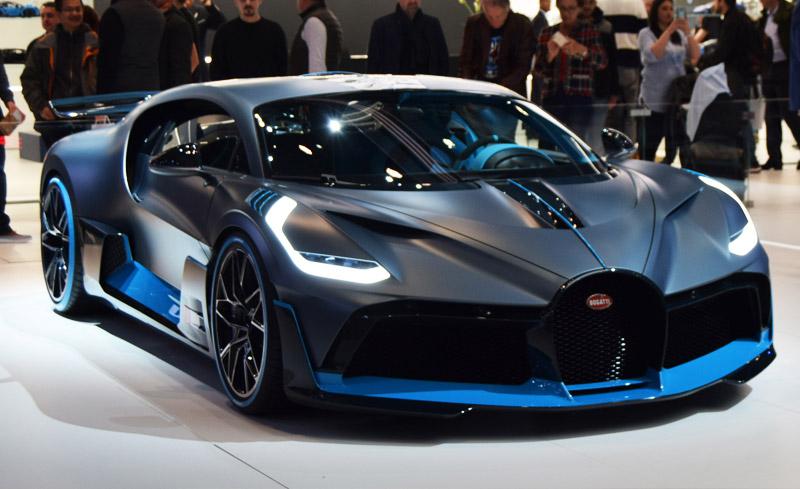 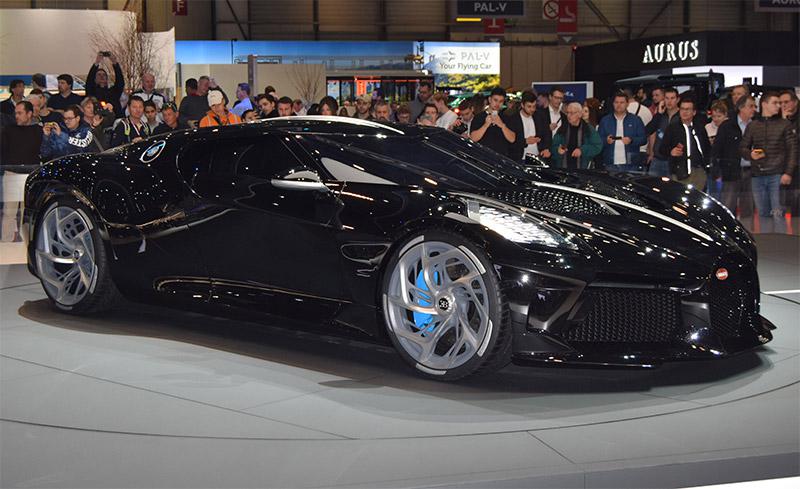 At the same time, the Croatian manufacturer, who despite the blazing success has so far produced a very low volume of cars, could benefit from Bugatti’s expertise. Considering the differences in values and characteristics between the two brands they would also not risk cannibalising their extremely limited sales.

As for the other companies, Lamborghini, Bentley, Ducati, even the design company Italdesign would all be under scrutiny. However, regarding luxury automotive brands Lamborghini and Bentley, there are three reasons that put these two brands in a stronger and more integrated position compared to Bugatti.

First, both Bentley and Lamborghini share important components of their SUVs, luxury, and sports cars with other VW Group brands. Bentayga and Urus share VW’s MLB Evo modular platform (Modularer Längsbaukasten, German for Modular Longitudinal Matrix) with Audi’s Q and A product lines, VW Touareg and Porsche Cayenne. As for the engines, Urus, Bentayga, Continental GT, and Flying Spur share the 4.0 Litres V8 engine with Porsche and Audi. Additionally, Lamborghini also shares with Audi the 5.2L V10 that was mounted in a late version of the Gallardo and on the Huracàn. All these factors not only translate into a significant cost reduction but are even more significant when considering the highest profit margin on each of these cars and the current market trend. The two companies’ SUVs are in fact by far their best-selling models. In both cases, they account for around 50% of the total sales or more. 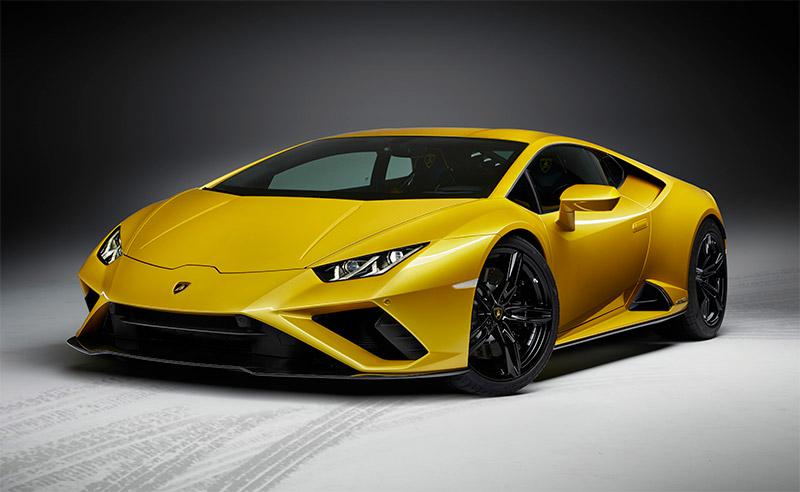 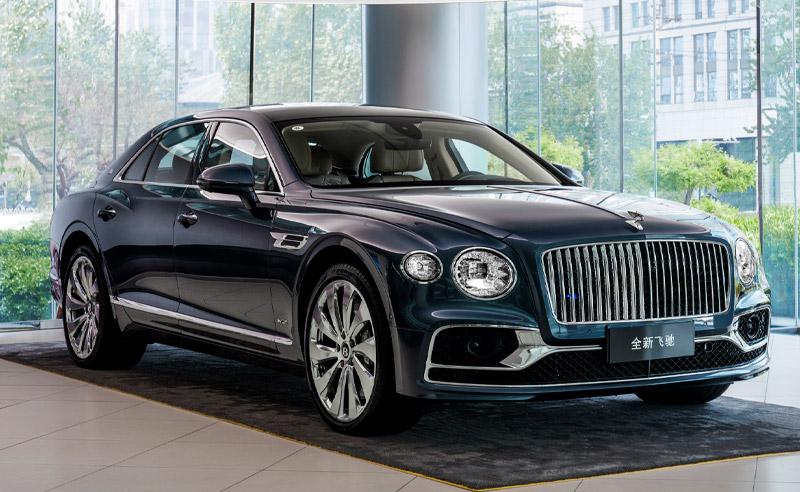 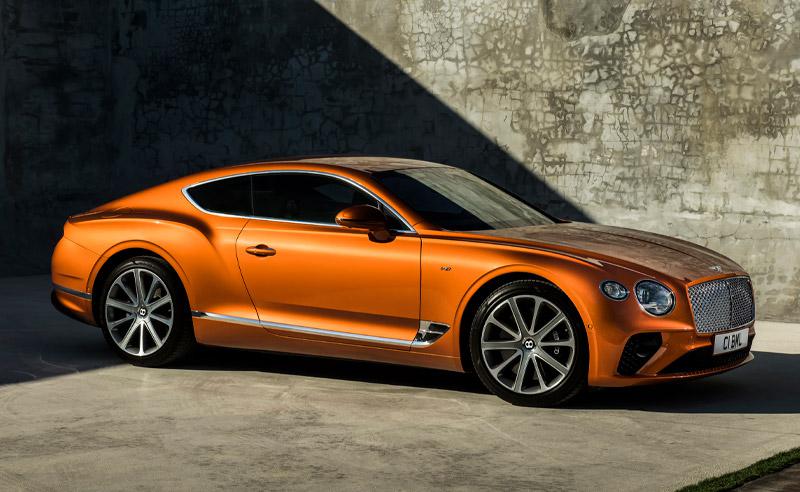 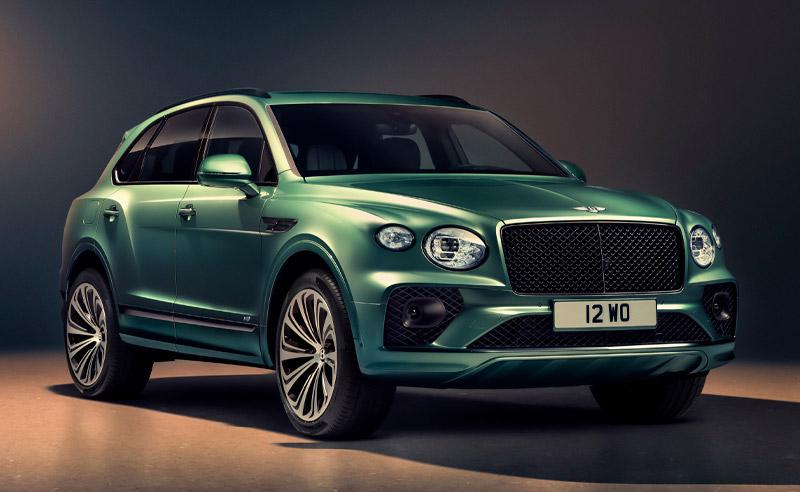 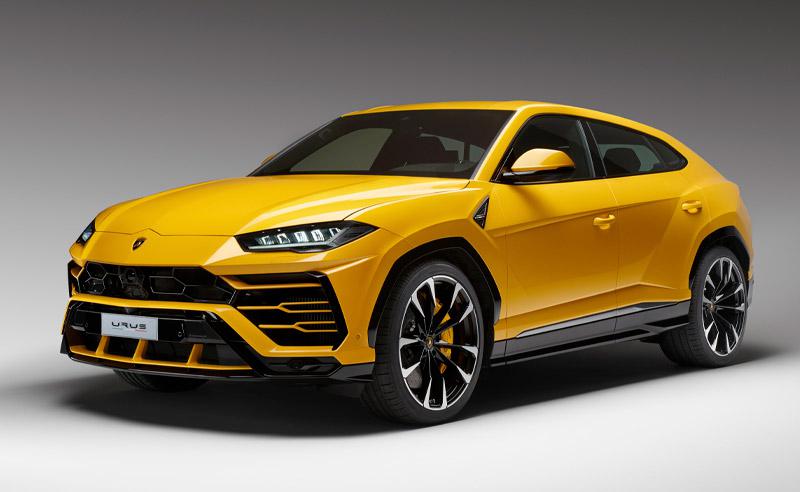 Secondly, both Lamborghini and Bentley look ahead of Bugatti in terms of electric technology integration and development. Both have shown concepts of full-electric cars, Terzo Millennio and EXP 100 GT respectively. They also all have already developed hybrid platforms, Lamborghini with the Siàn and Bentley with the Bentayga. Additionally, Bentley can boast already a well laid-out development plan to reduce emissions and develop a greener product lineup with the Beyond100 Strategy. Check Bentley H1 Results and Beyond100 Business Strategy to know more.

Third, both have been performing significantly well in the past few years in terms of sales numbers becoming leaders in their segments, with only Ferrari coming close. This holds true even in 2020. Especially compared with the rest of the industry. In the first half of 2020, Bentley even registered a 2.8% increase in deliveries, while Lamborghini’s -22.1% is still way smaller than that of its direct competitors.

All in all, if this transaction happens, even if many enthusiasts might feel sad at the idea of Bugatti turning electric (which will have to happen anyway eventually), who better than Rimac can bring it into this new automotive era? As for the other two luxury automotive brands, as of now, it seems highly unlikely to see VW deciding to sell them.