Around a year ago, 2016 Formula 1 World Champion Nico Rosberg now turned into Entrepreneur/YouTuber published a video in which he talked about his intention to buy a hypercar. He then asked his audience for opinions on the options he selected (even though he already had his preference which was fairly easy to imagine, considering his passion for EV technology and innovation). Potential choices were Ferrari's latest hybrid SF90 Stradale, Aston Martin’s upcoming hybrid Valhalla, Swedish hybrid Koenigsegg Regera and the fully electric 1914 horsepower Rimac C_Two. 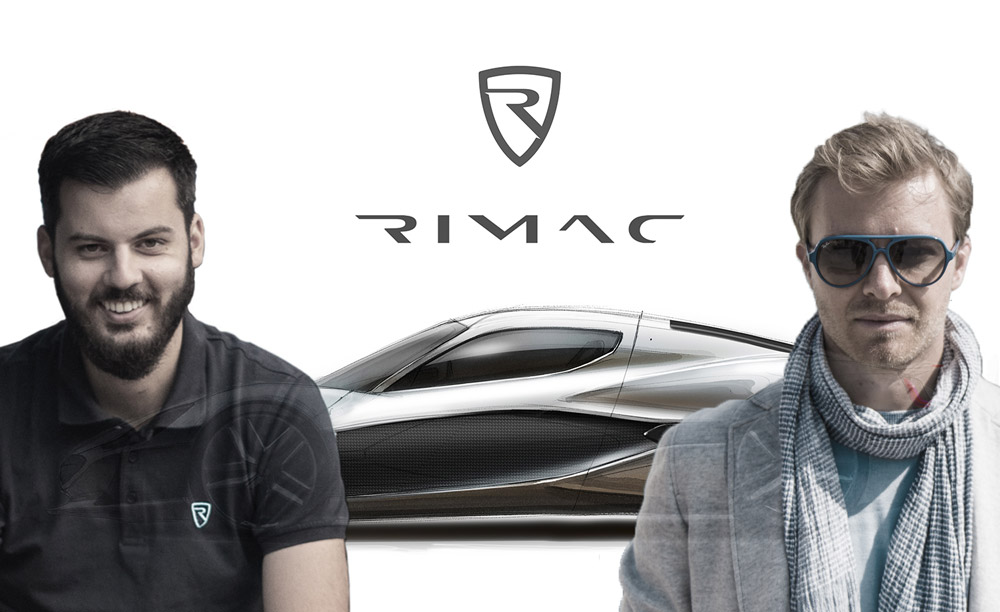 In one of his latest videos, he announced he is going for the hyper EV C_Two by Rimac. Considered his popularity among enthusiasts, this is another important endorsement for the Croatian company, whose founder and CEO Mate Rimac already appeared on Rosberg’s social channels on previous occasions.

I say “another” important endorsement because in its relatively short life (11 years) the high-performance EV manufacturer has already gained such an impressive reputation making it a really a one-in-a-million success story.

MATE RIMAC AND HIS COMPANY

In this era of companies identified in the media by a single person, Mate Rimac might be less known to the mass than prominent personalities such as Elon Musk (just to stay in a similar industry), but his achievements, dedication, and vision are every bit as impressive and inspirational.

He distinguished himself by winning several prizes in high school thanks to his final project of a glove engineered to substitute keyboard and mouse, in a period in which touch screens were not as common as today. His story in automotive, like that of other great companies, began in a garage turning a BMW E30, the second-generation 3 Series produced between 82 and 94, into a full-electric racing car.

From this humble beginning, and then through deals and investments to produce unique high-performance electric cars, the company has grown incredibly fast. Funding by established players has allowed the company to grow its workforce to over 450 employees in 2018. And now to already over 700, a number that likely counts also Greyp, the electric bicycle sister company established in 2013.

In an interview, Mate Rimac himself confirms how the company represents a quite unique example in the automotive business even financially, with 8 years of profitability out of 10, and a current solid position, on the back of the numerous investments and partnerships. In a highly competitive and capital-intensive industry like automotive, in fact, just looking since the year 2000s, there are numerous examples of big names, operating in various segments, that went bankrupt. And this is without even looking at start-ups.

As of 2020, the automaker has two models to its credit. The Concept_One, produced in only 8 units, and the C_Two, which due to delays caused by the pandemic, will see the first deliveries in 2021. But while the electric hypercars earned the attention of the public, it is a different business model that allowed Rimac, to survive first and to reach its current scale.

In the automotive space, Rimac does have a few competitors. I went into detail on the electric hypercar niche in a previous article here. Without considering the more traditional companies such as Aston Martin, Ferrari, McLaren, or Lamborghini that are gradually transitioning toward electricity, these last few years have seen several companies presenting their own version of a luxury performance EV. Lotus, Nio, Pininfarina, and more.

But by looking at the bigger picture, the situation is quite different. It is indeed in its business model. The cars, along with being the company’s major product, served also the second purpose of showcasing the potential of an electric powertrain.

Two are the main factors that set Rimac apart from any other company right now.

First and foremost, is the firm’s expertise built through countless cycles of trial and error. In the CEO’s words “In less than a decade we have built up a comprehensive know-how in developing high-performance electric powertrain and battery technology, innovative infotainment, and telemetry systems and many other core vehicle systems. Our hypercars are at the pinnacle of technology, redefining the idea of the supercar” (Source: Rimac Press). Such unmatched know-how in this growing niche in turn translates into a number of quality partnerships. 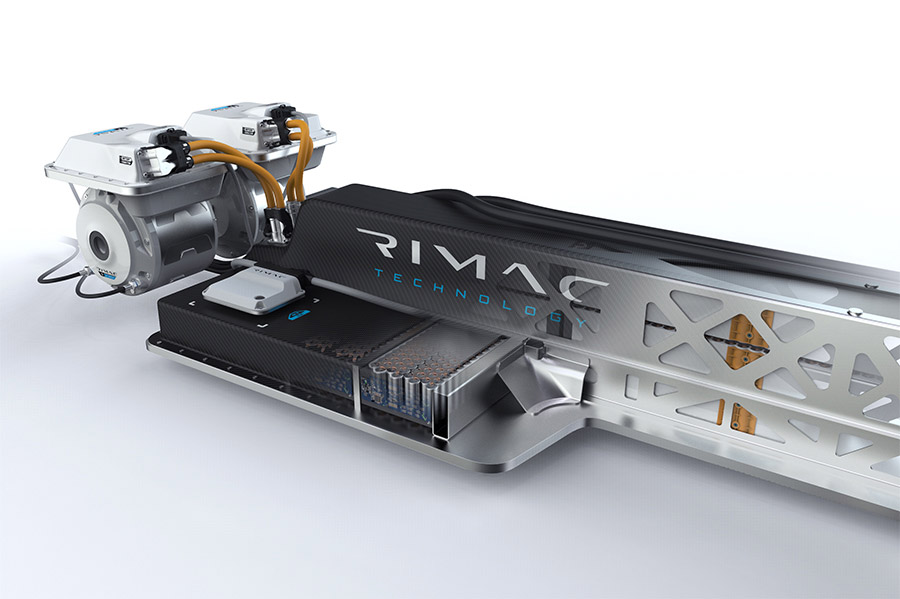 A point of pride for the Croatian company is the exceptional level of vertical integration. They produce the vast majority of components and software in-house. Something that very few automakers achieve, especially the small ones. In the same interview quoted before, Mate Rimac mentions only two other manufacturers that achieved what Rimac is doing. Koenigsegg and Pagani. On the one hand, Pagani buys its engines from AMG, while Koenigsegg also has a high percentage of components produced in-house that stay that way. On the other hand, though, Rimac is using its unique expertise to offer other automakers the most sought-after technologies. Overall, around two-thirds of its business comes from projects and supply for other companies.

I will come back to the second factor in the last paragraph.

Since the early stages of the company, there have been numerous projects and partnerships, some undisclosed. The first was the full-electric Volar-E, based on Rimac’s Concept_One, produced for the Spanish Applus+ IDIADA in 2013. 8 Units of the car were produced in Total, with Rimac delivering Electric-motors, wiring, other components, and co-developing the wheels. The car was also completely assembled by Rimac. 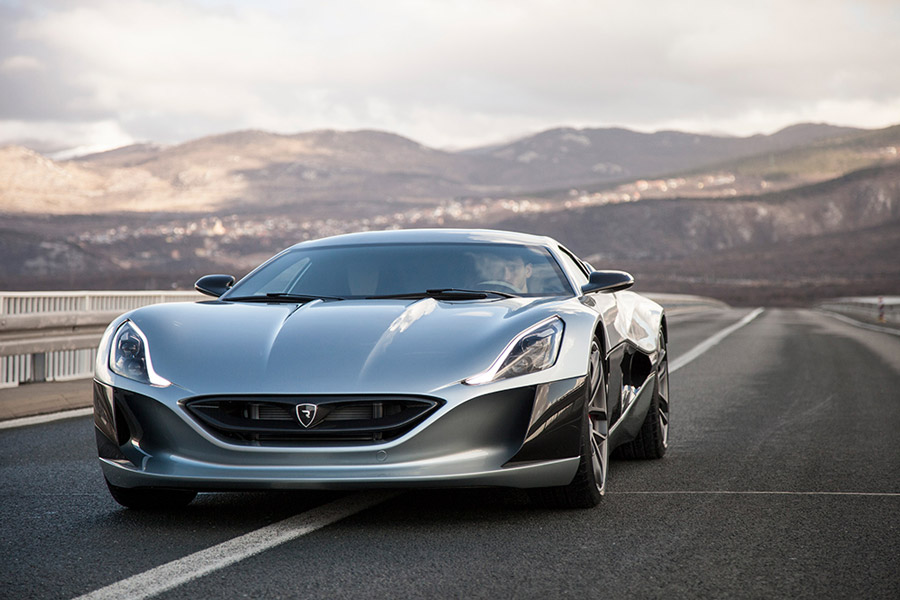 In 2014 the company secures €10 million investment by different figures. A year after, it was the turn of the Tajima Rimac E-Runner Concept_One, a one-off racing car for the hillclimb of Pikes Peak, that beat its ICE competitors, whose engines struggled due to the oxygen scarcity.

At the beginning of 2017, Rimac starts working on the Battery System for the Aston Martin Valkyrie. By the end of the year, the company secures also €30 million by Chinese Camel Group, one of the major battery manufacturers and recycler.

2018 is an even bigger year for the Croatian manufacturer. In around 6 months, Porsche acquired a 10% stake in Rimac (later raised to 15%), Seat sportscar division Cupra formed a partnership to produce the electric model E-Racer and finally also Pininfarina jointly developed its own electric hypercar Battista.

The collaborations do not end there though. Along with Renault, Rimac established a partnership with Koenigsegg to provide the world’s most power-dense battery-system and other systems for the Regera. At the same time, the Swedish manufacturer helps with low-volume production processes, structural composites, and other electronic components.

In 2019, Kia and Hyundai invested respectively €16 million and €64 million to collaborate with Rimac for the production of electric high-performance EVs.

Yes, Mate Rimac is the second factor that allowed the company to become the success it is and inspire the trust of large established automotive groups or high-performance car manufacturers. 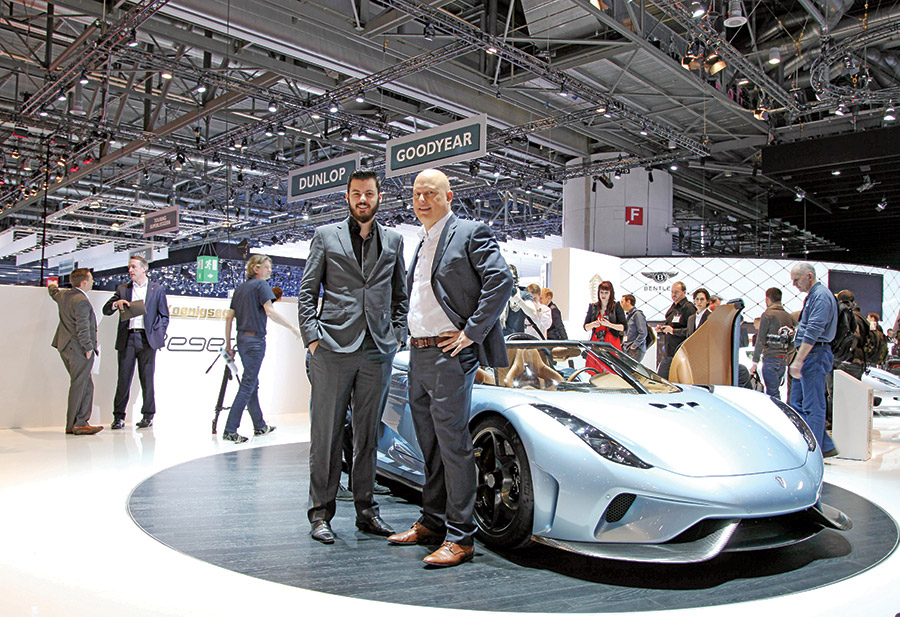 Much like Christian Von Koenigsegg and Horacio Pagani (to remain in the low-volume, high-performance luxury car niche), Mate Rimac is the reflection and message of his company. His genius and forward-thinking personality earned him his status. In a highly competitive environment such as luxury automotive, all three managed to bring their own very personal vision and charisma to create unique realities, each one in a different way. Where bigger automakers have to mainly rely on a strong brand, small manufacturers further benefit from such strong personalities that constantly stand out becoming the true representation and embodiment of their own company.

A widely known personality like Nico Rosberg, deeply involved in automotive, new tech, and sustainability, deciding to become part of the brand with such a public display is a big deal. Especially after having shown on numerous occasions his good relationship and esteem for Mate Rimac. And this cannot but strengthen his influence beyond just the automotive business.