On the 2nd of November, it was officially announced the operations’ commencement for the newly established joint venture Bugatti Rimac d.o.o. born from the partnership of Rimac Automobili with the German Group and especially with Porsche that now owns a 45% stake in the new company, and a 22% in Rimac Group.

The latter too is a new entity led by Mate Rimac under which the Joint Venture, and Rimac Automobili, as an independent company, will stay along with Rimac Technology, the division which will continue the production of battery systems, drivetrains, and other EV components that were key to Rimac’s success. To go more in-depth into the details and implications of this new entity you can check the previous article ‘Rimac signs historic Strategic Joint Venture with Porsche to form Bugatti-Rimac’. 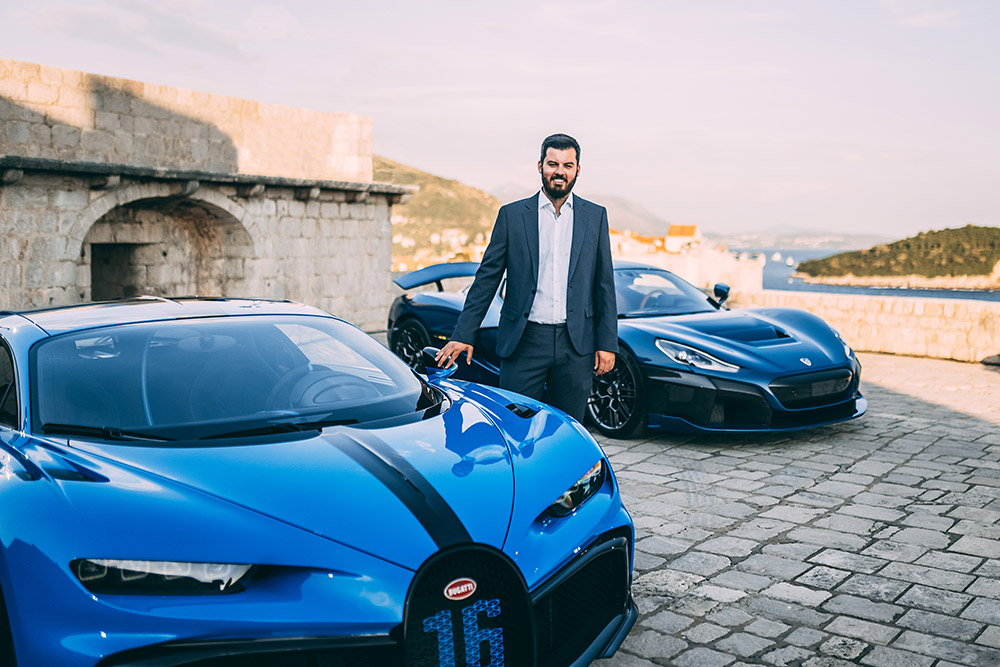 This new company structure, however, meant also an important change at the top level of Bugatti’s management. And just a few days before President and CEO Stephan Winkelmann announced he was leaving the company after almost four years. From now on he will maintain his role as Chairman and CEO at Automobili Lamborghini, where for a while he held both. With him, other prominent figures followed like Head of Communications Tim Bravo.

So how has Bugatti evolved in the last 20 years after VW’s acquisition, and what role did Stephan Winkelmann take in this development despite his relatively short time in the company?

It was in 1998 that the VW Group acquired Bugatti along with other luxury brands, after its ‘Italian period’ under the management of Romano Artioli.

The modern company as we know it today was born with the reveal of its first modern hypercar after the Italian EB110 almost ten years earlier, the Veyron EV 16.4.

The car entered production a few years later, in 2005, and in around 10 years of production 450 Veyrons were made. Despite the company making substantial losses, at the time it was claimed that the car was more of a testing vehicle to push the boundaries of what they could achieve. Regardless of the actual losses (different outlets claimed numbers varying from €2 to 6 million at the time), the car almost instantly became the quintessential symbol of extreme performance in automotive. Much like the McLaren F1 had done in the 90s.

Fast forward to 2016, and after three iterations of the Veyron, the successor and new flagship Chiron that is now nearing the end of production was unveiled. Since then, for a total of 500 units, the model has seen seven special limited editions, Sport, Sport 110 Ans, Sport Les Légendes du Ciel, Super Sport 300+, Super Sport, Pur Sport, and Noire.

There is not much financial information available about Bugatti, but now former CEO Winkelmann claimed that 2019 was a record year in terms of production, turnover, deliveries, and financials results overall. 2020 too was the third record-breaking year in a row for the brand in terms of operating results, and 2021 after a record Q1 seem on track for a similar result. Looking at its sales it seems evident how its model has got more consistent. The first phase, clearly identifiable as the Veyron lifecycle, was likely affected by the 2008 financial crises, imbalance in regional markets, and possibly production efficiency. 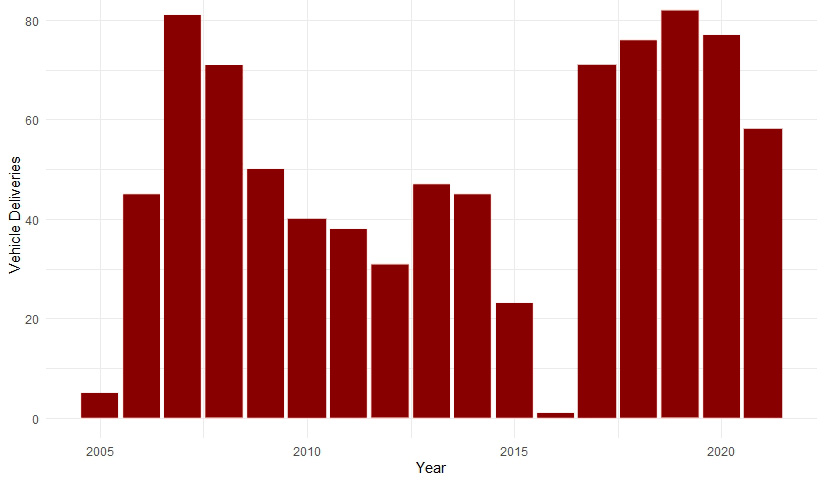 It must be noted that with such low production numbers, variations in deliveries are not as significant as they are for automakers with higher volumes. However, with the introduction of Chiron, and other models, since 2017 sales have been relatively stable, even in 2020. 2021 has been in line too so far, so sales can be expected to match a similar level by the end of the year.

Since 2018 though, the face of Bugatti, and its approach changed quite significantly compared to the previous 18 years. It seems to be following the general direction of the industry that might very well become an established trend in the future. As true luxury in every industry moves from the expensive good itself to being about the uniqueness and personalisation of a product as well as the entire ownership experience, luxury automakers are increasingly undertaking one-off or few-off projects as discussed in ‘One-Off Supercars: What’s the next step for luxury automotive?’. And Bugatti followed a similar path.

It is under Mr. Winkelmann's stewardship that Bugatti made an additional step.

With the intention of delivering two models per year, under his leadership and brief, in 2018 the concept for the Divo was introduced. Instead of pursuing extreme speed, this car, produced in only 40 units, was developed for handling and driving on the track. To the Divo followed two more extremely rare vehicles celebrating the story of the company. The Centodieci, a tribute to the EB110 and the Italian period of the brand in only 10 units. And the La Voiture Noire, a one-off celebrating the story of the black Atlantic owned by Jean Bugatti and disappeared during World War II.

Last but not least, the Bolide is a track-only hypercar whose concept was introduced in 2020 under the brief “What if”, which meant bringing to the extreme the capabilities of the W16 engine. Again only 40 of these will be produced, and much like it happened with the Veyron, the Bolide too aims at delivering the quintessential Bugatti experience, unmatched by anyone else. 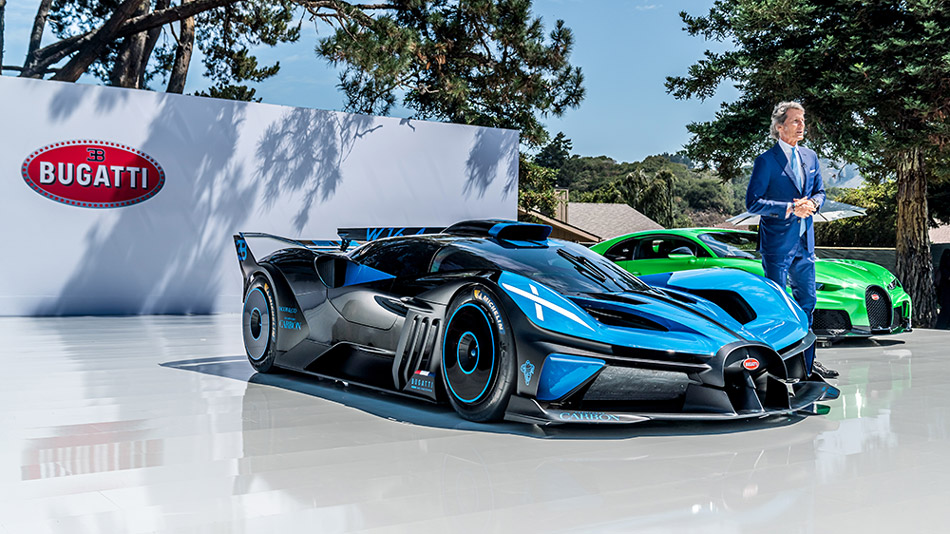 As claimed by Head of exterior design Frank Heyl and former Head of Communications Tim Bravo, the concepts for both Centodieci and La Voiture Noire were developed in a much shorter time than what it would usually take. This was mainly thanks to improvements in the use of digital tools and virtual reality, which highlighted also the technological advancement of the company.

In these four years, along with a more solid financial situation, Bugatti improved its brand image through product portfolio diversification, extreme exclusivity, sustainable and consistent growth.

As a matter of fact, under Mr. Winkelmann’s direction, another company already delivered similar results with an analogous strategy. It is Lamborghini, where he returned in 2020 as Chairman and CEO after Stefano Domenicali left to head Formula 1, the company he guided from 2005 to 2016 that earned him the name of “Mr. Lamborghini”.

In those eleven years, sales increased by over 130% exceeding the 3,000 units per year, turnover increased by 221% to €872 million between 2010 and 2015, the portfolio became the largest ever with the introduction of Aventador and later Huracán with their respective improved version in following years. He showcased the first concept for the Urus and paved the way for its eventual release in 2018. The SUV completely changed the game by consistently doubling the sales of Lamborghini every year since its release up until now.

Additionally, a number of striking, limited editions, that increased the brand’s prestige through extreme design, innovation, and performance were added too: 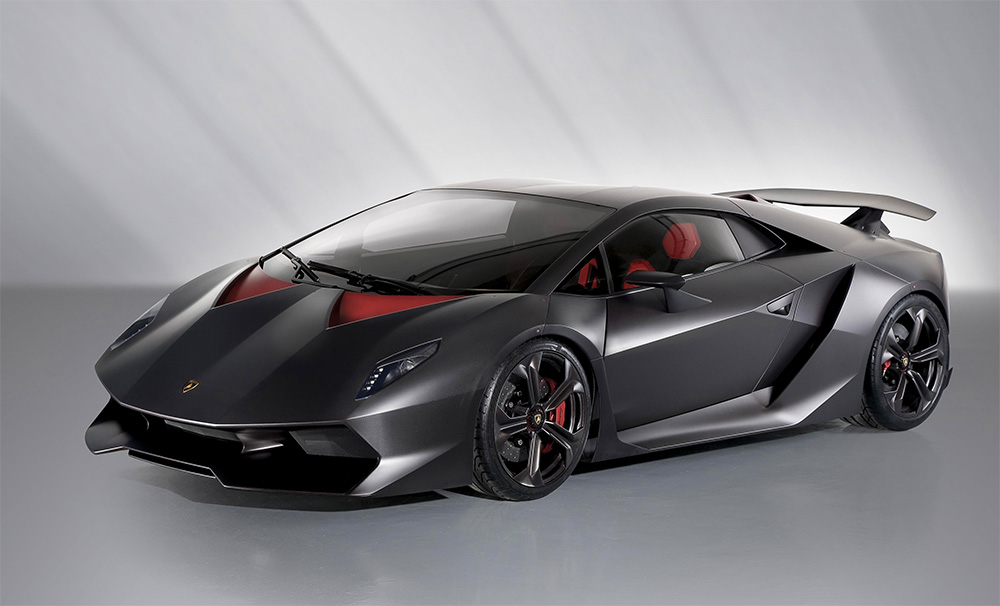 And finally, also a few concepts that pushed even further potential new products and technologies such as Egoista, Estoque, and Asterion.

Overall, Mr. Winkelmann (along with each company’s team) managed to drastically improve the financial conditions and business model of both Lamborghini and Bugatti, bringing record results for many consecutive years. With product range expansion and increased exclusivity changed also the perception and reputation of these brands, definitively established as major players in the industry.

This will be a tough act to follow for Rimac. The Croatian company is certainly a trend-setter like Bugatti in many ways, and it has now the opportunity to bring about an even deeper change to the French brand. As long as it will be implemented while respecting the values of exclusivity, elegance, and extreme performance built so far by Bugatti, it will have all the instruments for continued success.