Most of those who know this company will associate it with smartphones. The Asian giant has in fact been for years the largest tech manufacturer in the world, reaching up to 40% of the world’s supply of consumer electronics (Apple, Sony, Xiaomi, Nokia, Oppo, Vivo, Huawei, and more). But that is rapidly changing. 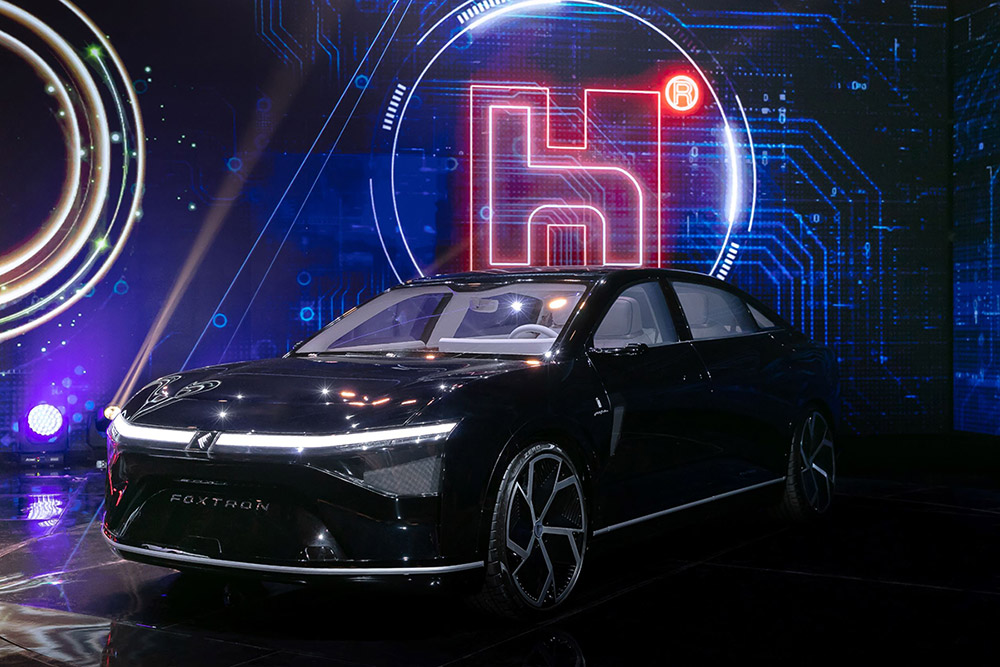 In the article Will Luxury and Super Sports Cars become Consumer Electronics?, I looked into how the automotive industry is changing with electrification. On-board technology is becoming increasingly important, and will likely become the most important differentiating factor in the future as the performance differences flatten, considering the relative “ease” with which extreme performance is obtained on EVs compared to ICE cars. And the definitive proof of this is the number and variety of tech companies approaching the automotive industry with their own project, or AI or autonomous driving software development. This industry-sized revolution is bringing unprecedented opportunities for tech and IT companies, as seen last week as well with iMaker and Porsche Ventures Partnership.

With this comes a strong change in communication strategy. Now an increasing part of the EV promotion comes through tech reviewers, instead of (or along with) automotive ones, and the two communities grow ever closer.

So, what does this partnership mean for Foxconn and the Chinese luxury market?

Foxconn is probably the most emblematic example of the change undergoing in the automotive industry and the new approaches that will define it. In the East, the tech giant is moving in different directions.

Last then is the announcement regarding the launch of the new luxury electric car designed by Pininfarina, and the wider brand Foxtron. The so-called Model E designed by the Italian coachbuilder, in fact, is just one of the three models that the tech firm intends to launch on the market. The other two called Model C and Model T will be a c-segment crossover and a bus for public transport.

The Model E will be destined to the high-end segment of the market and is teased as a refined, and business-focused car, elegant but still capable to deliver impressive performance (0-100 km/h in 2.8 seconds), with 750 hp and 750 km of range.

Pininfarina has worked both on the exterior and interior to convey the elegance synonymous with its brand, but also to integrate lots of technology. The car should feature every technical capability of a high-end modern EV. Seamless connectivity, electronically activated doors and windows, facial recognition, matrix lighting, and cutting-edge user interface. All of this serves specifically the rear passenger that (while being chauffeured) should be able to easily continue working as in a dedicated office.

Foxconn enters a market that is already extremely crowded in the East. While on the one hand, it has the scale advantage, being a tech giant and having already established numerous partnerships, on the other, even China the biggest automotive market in the world, where EVs are causing a proper revolution, is pushing for consolidation. And the space is already quite crowded with companies selling in the premium and luxury segments, that have already established their names or attracted consumers’ attention with tech and innovation. 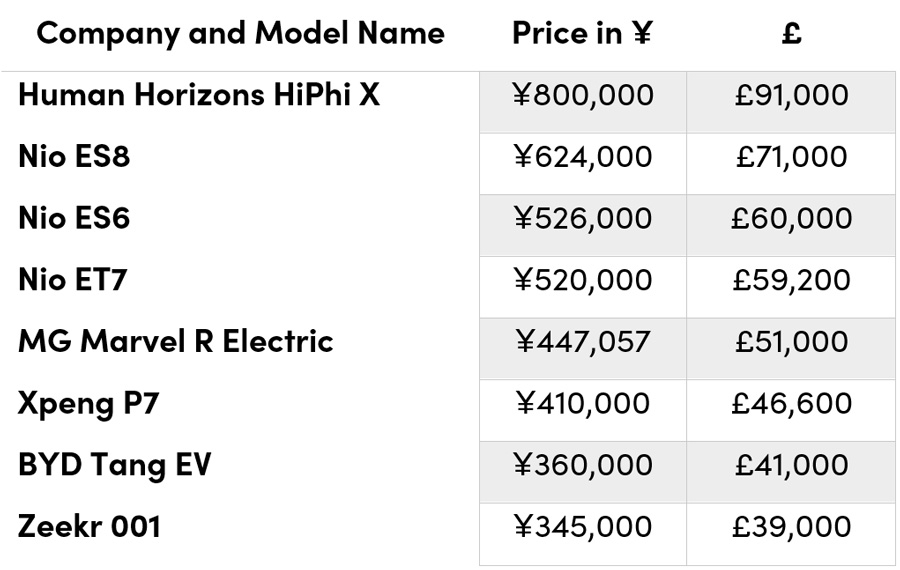 According to China’s National Monitoring and Management Center for New Energy Vehicles (新能源汽车国家监测与管理中心) in 2019, 486 new energy vehicle companies successfully applied and were registered, and 5,827 models passed the vehicle compliance test. A big part of this is the ‘Made in China 2025’ plan devised to promote the development of ten strategic industries, among which is also the new energy mobility through subsidies and rebates.

Ithome quotes the Ministry of Industry and Information Technology’s minister Xiao Yaqing who is encouraging the local governments to leave to the market the role of defining the Chinese EV market. This should eventually lead (as it happened in other sectors) to mergers, reorganisation, and market consolidation.

WHAT ABOUT THE FUTURE OF CHINA’S LUXURY AUTOMOTIVE SEGMENT?

A few months back in the article EV Market Growth 3 years later: China and the rest of the world a look at the 10 best-selling Chinese EV models highlighted how despite cheap cars dominating the market, Tesla topped it with Model 3. Tesla’s fastback is not just the only foreign EV in that list, but also quite above the average price of most of the models right below it. This shows that there is still an interest for foreign products in the top end of the market (considering also the reputation Tesla’s brand has in the early adopters’ community that other established brands don’t have).

2021 will be an interesting indication of how this market segment has evolved as several premium American and European companies have delivered electric vehicles for the entire year. For instance, Porsche that has a strong presence in Asia with China as its biggest national market recorded strong growth in 2021 since the first quarter even in the electric segment.

In several tech-intensive industries, Chinese companies have been able to gain leading positions in just a few years thanks to their strong innovative push and radically different approach from their competitors.

Cars however represent a much bigger investment and thus also one on which, as of now, consumers are more emotionally involved. So it is easier to imagine customers relying more on well-known brands at least in the short to medium term in foreign markets. On domestic soil, however, the strong creativity and brand diversification, such as the one shown by Human Horizons HiPhi X, help a few of these brands gain that reputation to become the ‘next Tesla’ with young generations.

One key factor for the success of these start-ups could be the change of car ownership standards. If car-sharing keeps becoming more popular (which should not be taken for granted), EV start-ups could more easily penetrate new markets through public fleets contracts. In turn, this would also help increase brand awareness. According to McKinsey, the global shared-mobility market value in 2019 stood between $130 and 140 billion (£94-101 billion). Its presence in Europe and America, however, is not as strong as it is in China.

Foxconn and its Foxtron Model E developed with Pininfarina have the advantage of a strong financial position, the know-how of a long-standing coachbuilder, as well as its brand recognition. However, it might still be early for Asian companies (not even automakers) to establish themselves in foreign markets, and incidentally, they already face strong and increasing competition in their home market.