The Global Automotive industry has suffered a sharp decline in sales in the first half of 2020. With the sector already slowing down in 2019, the impact of the pandemic exacerbated its condition already in Q1 when China started the lockdown. By the end of H1 though, the situation has worsened even more. Among all the luxury carmakers, whose sales decreased significantly by June 2020, only Bentley registered positive delivery results. How did it happen? 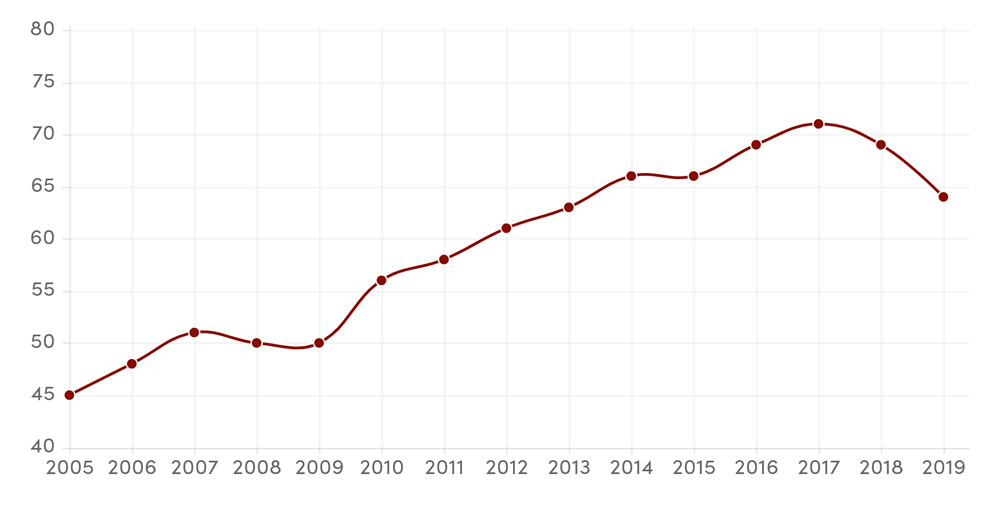 In the first quarter of 2020, the UNCTAD registered a trade decline in Automotive of 8% year-over-year. Just in April though, the trade went down by 49%. In Europe, in June there has been a further -22.3% in passenger car sales and for the entire first half of 2020, the registrations decreased by 38.1%. 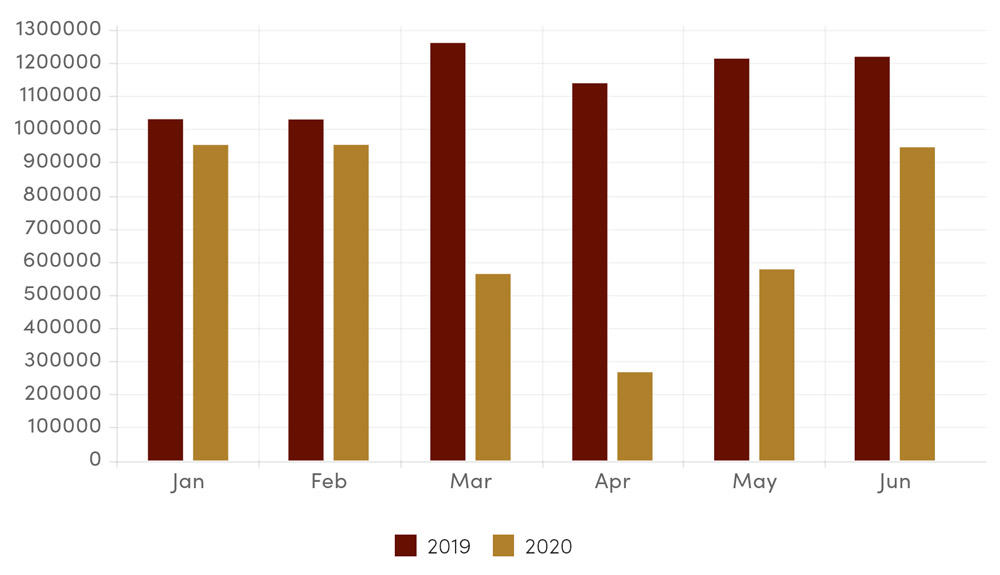 In this respect, the Volkswagen group with -27% in H1 2020 has performed fairly well compared to the industry.

As mentioned at the beginning it is Bentley that stands out even more. The Crewe automaker delivered 4,918 units, a 2.8% increase over the 4,785 of 2019. Sales were slightly below at 4,569 compared to the prior year's 4,670. Revenues increased by 2.9% to €860 million while operating results were down €99 million due to amortisation, depreciation, and one-off restructuring expenses. 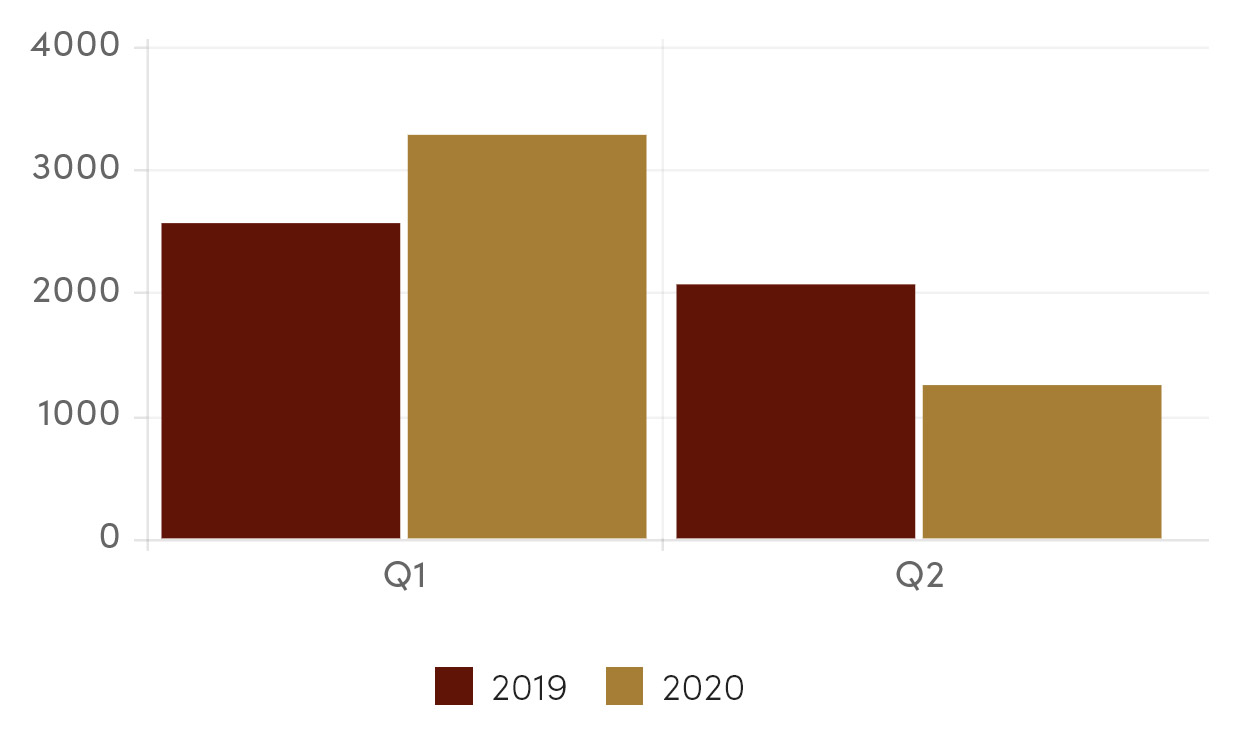 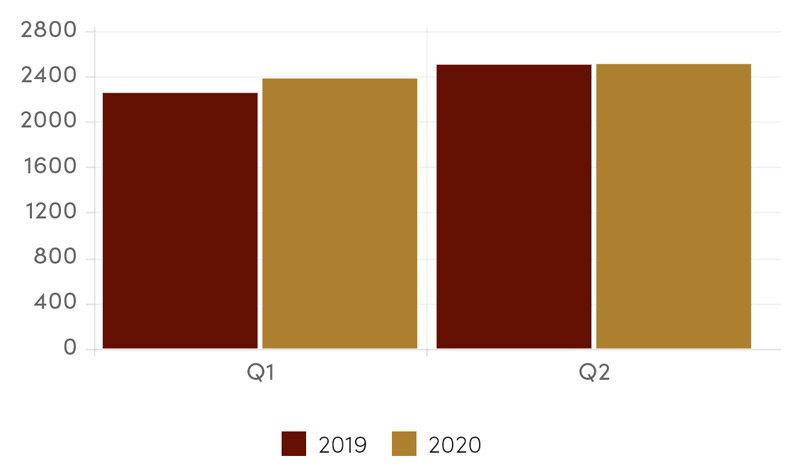 As visible in the graph, strong sales y-o-y in Q1 were the major contributor to this success. Deliveries were also higher in Q1 and in Q2 maintained a consistent level with 2019.

The dealerships closure and subsequent delivery slowdown in Western countries have been likely offset by the reopening of its China Retailer network on April 24th, which is consistent also with Bentley’s fairly high reliance on the Asian market. As can be observed in the Financials Section of the Website the APAC region sales accounted for 28.2% of Bentley’s global market in 2019, significantly more than all of its direct competitors.

The reopening, accompanied by strict safety measures and policies, was emphasized by the first deliveries of the new full-fledged luxury sedan Flying Spur. According to Bentley, the new electronically-activated ‘Flying B’ badge introduced with the Flying Spur, and accentuating the luxury feel and sense of occasion, proved to be the most successful option among Chinese customers. Moreover, the model’s extended wheelbase proves also suited to this market, as it happens to many other automakers that often extend that of regular models specifically for the Chinese market. 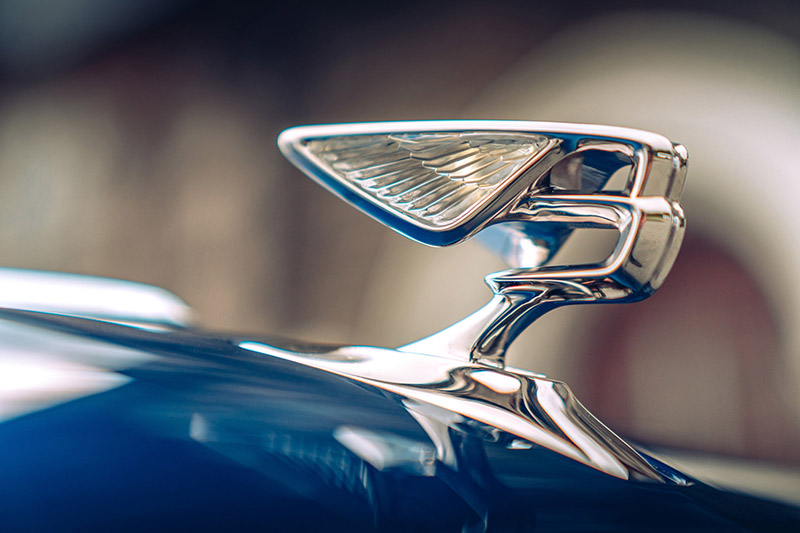 Bentley put great attention on customer service while reopening its network too. From extended working hours to safety measures within the dealers and, of course, flexible, online sales options.

Production at the Crewe headquarter resumed on May 11th and, naturally, sales have been slower compared to the previous year’s Q2, but thanks to the strong Q1 they remained in line with 2019. As observed previously in the Phase 2 Analysis during Q1, the luxury sector suffered a minor impact from the pandemic. Also, Bentley had just come out of its strongest year ever, thanks to availability in every continent of the renewed strong lineup including the new Continental GT, Continental GT Convertible, and Bentayga in Hybrid and Speed versions visible below. 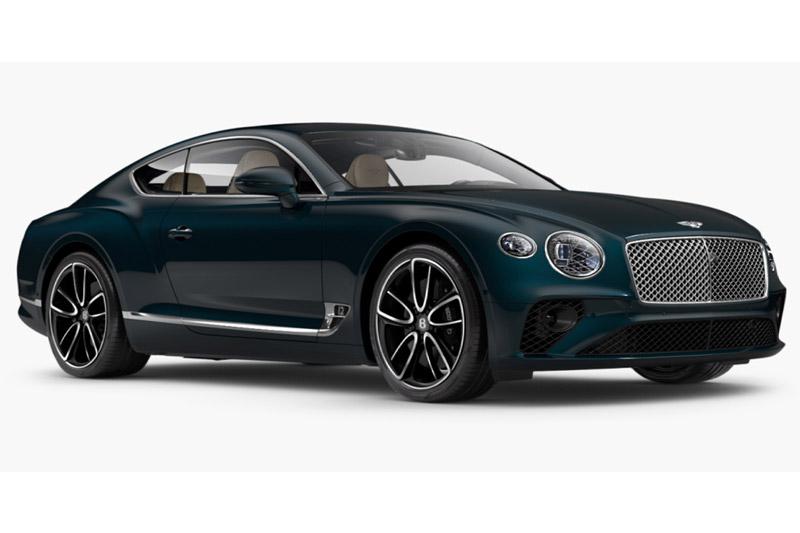 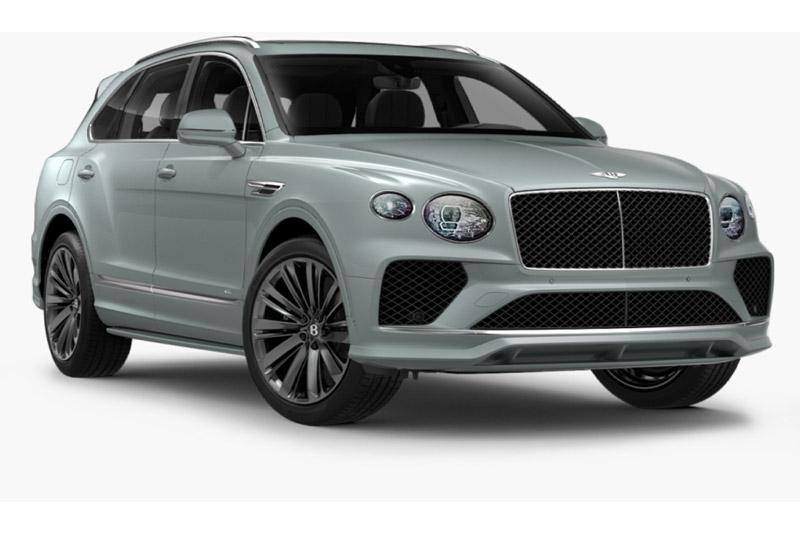 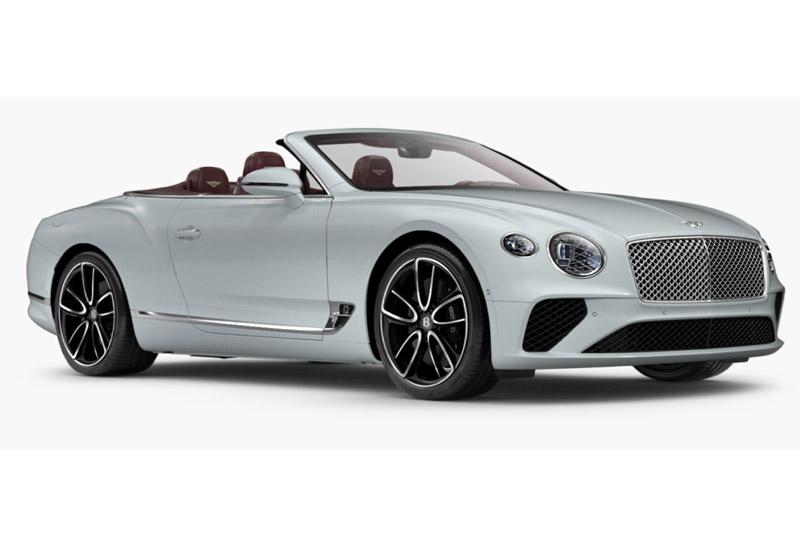 The success at the beginning of the year that allowed the firm to overcome the initial phase of the virus outbreak has been likely due to a number of other factors. Bentley, in fact, enriched its services.

By observing three measures implemented by Bentley at the beginning of 2020,  it is clear how instead of just enhancing their strengths, the company’s strategy is at the same time to expand as much as possible. And it is done in a smart way. Bentley is strengthening aspects of its business that aim at a diverse customer base, which is key to keep growing from the 2019 success and might as well have contributed to its outstanding success.

On the 8th of January, the new ‘Certified by Bentley’ has been announced. This program is set to improve Bentley’s pre-owned market. It is important for different reasons. First, it might in turn limit depreciation, which is something that affects many luxury manufacturers and limits the attractiveness of its used cars. Secondly, Bentley offers also exclusive access to events and a brand lifestyle that was likely reserved for those who bought new models before. By making its preowned market more appealing from both a value and an experience point of view the automaker ensures to expand its reach to clients who might not be able to afford a new model but now get the confidence of the Bentley directly supervising their purchase. 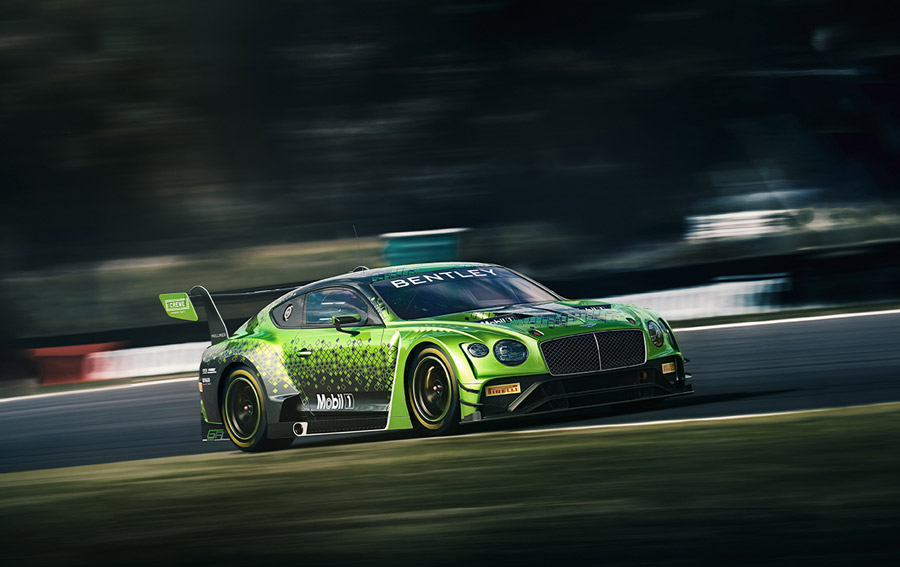 A day later, on January 9th, it was revealed the expansion of the Motorsport Programme, set to become the largest one ever in 2020. Very much part of the brand’s history, that went racing first at the 24 Hours of Le Mans in 1921, two years after its foundation. Nowadays, Bentley’s branding and marketing are more identified with extreme luxury (despite the lineup models being capable of outstanding performance). So, improving the motorsport image along with the E-sports programme mentioned here on ‘How Covid-19 Turbocharged the E-Sports racing industry’, can remind customers that look for real sportiness in a luxury car that Bentley is a real contender in the space.

Third, a month later for (what should have been) the Geneva Motor show, Bentley unveiled the Bacalar, visible here in ‘Unveilings 2020’ built with coachbuilder Mulliner. The exclusive 2-door produced in only 12 units, along with an improved personalisation program, started different initiatives set to boost the brand exclusivity with more unique bespoke options and limited-edition models. 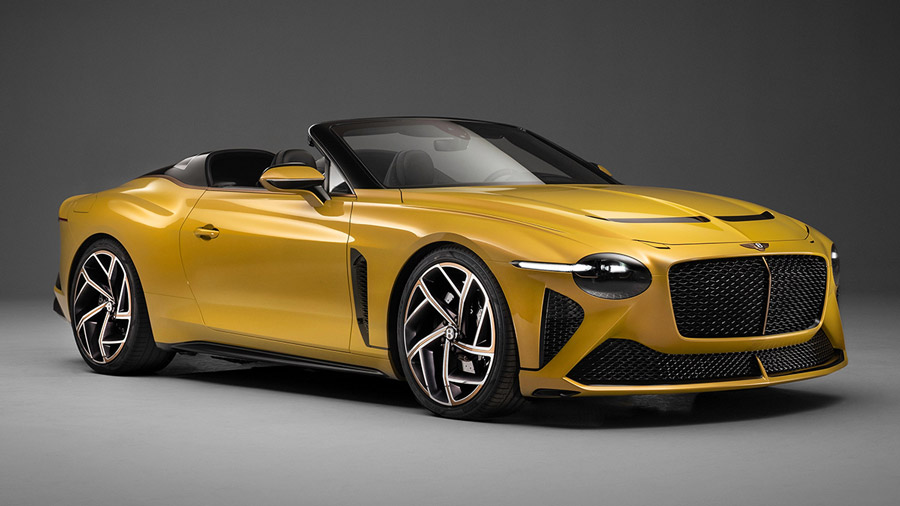 I mentioned Bentley’s business strategy describing some important announcements made in Q1, but there is one masterplan above all that is taking shape: Beyond100.

Bentley’s Director of Powertrain Engineering Stefan Fischer, during an interview, declared that under the new business strategy called Beyond100 the intention is becoming the undisputed leader of sustainable luxury mobility. And it is something in which the brand has put more effort than its competitors for a while, as analysed in my previous marketing analysis ‘Marketing Racing #2: Bentley bets on sustainability as it turns 100 years old’. Fischer claimed that by 2023 Bentley will have a hybrid option for each model in its lineup and will work on the delivery of the first full-electric for 2026.

As of now, the first model to go under the new plan is the updated 2021 Bentayga. The model received a V6 Hybrid powertrain already in 2019, and since its introduction in 2016 has reached the 20,000 units produced back in June.

So, Bentley maintains its luxury status with only Rolls-Royce as a real competitor in the top luxury segment. In the meantime though, thanks to its diverse strategy, it expands the powertrains options and brand reach.

Becomes greener distinguishing itself from the majority of the competitors in the segment, and boosts exclusivity with the renewed Mulliner programme and limited models such as the Bacalar. Simultaneously, it moves to attract a wider and more diverse customer base, through marketing campaigns and plans like the Motorsport and the ‘Certified by Bentley’ programmes.

All this creates an outstanding diversity and clear vision of the brand’s future that seems ahead of the industry and prefigures a continued success for the coming years.