In this important moment of transition for the automotive industry, luxury OEMs are, at different paces, moving toward vehicles electrification, autonomous driving, improved connectivity, and increasingly sophisticated ADAS.

There are substantial differences though in how all these areas of development are approached by the different automakers. This is something that, in the long-term, could reshape the industry and has partially done it already.

But what are these different strategies? And how are they changing the market?

Electric vehicles are actually older than combustion engine ones. Nowadays, after a few marginally successful attempts that ultimately did not stick, Tesla, pushed by innovation and new environmental restrictions to ICEs, managed to establish the electric vehicle globally. From there other players, new or already well-established, set off in pursuit of the American firm as it continued growing in popularity and appeal especially with the new generations.

Naturally, the mass market, even in the premium segment (especially being Tesla positioned exactly in it), was impacted first. But the top-end luxury market is quickly following as well. 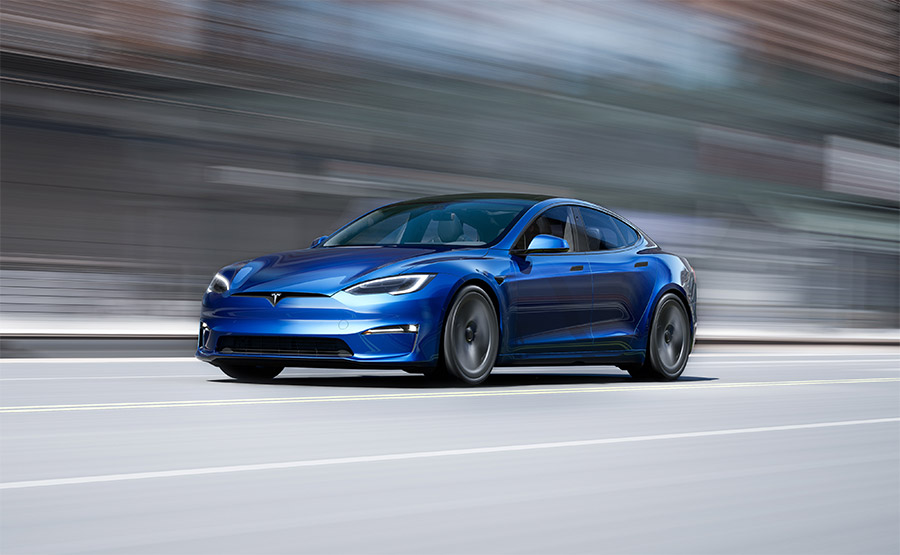 The main reasons for the diverse product development progression in terms of pricing, range, and overall market positioning, are cultural. In the article EV Market Growth 3 Years Later: China and the rest of the world the table rounding up the 10 best selling EVs in China, the United States, and Europe proves exactly that. While in the US Tesla dominates the EV market with its premium cars, in Europe, the average price for one of these best-selling EVs drops by 22%. The difference is even larger in China where this average price decreases to £18,990 from the US’ £40,300.

Going back to the luxury segment, there have been three distinct approaches so far.

One is that of a quick, or direct entry in the EV market, either skipping completely the ICE and Hybrids or jumping directly to electrification from the combustion engine. The second is the gradual approach. That of companies that with the EV market approach, for different reasons could not shift right away to electrified models, so introduced hybrids for the first time, and only after moved (or are moving) to EVs. Finally, some companies are adopting a slow or more cautious strategy. This usually means that they might jump directly to electrification, but there is no time frame yet, which is the case (as it seems so far) for Pagani and Rolls-Royce. Or as it happens for Koenigsegg, even though the company is strongly identified by their use of cutting-edge technology, and has adopted hybrid powertrains for a while now, they do not have a clear plan (at least according to their communication) for a future full-electric vehicle.

Starting from these three distinct approaches to the entrance into the EV market, in the table below, three additional variables have been identified. 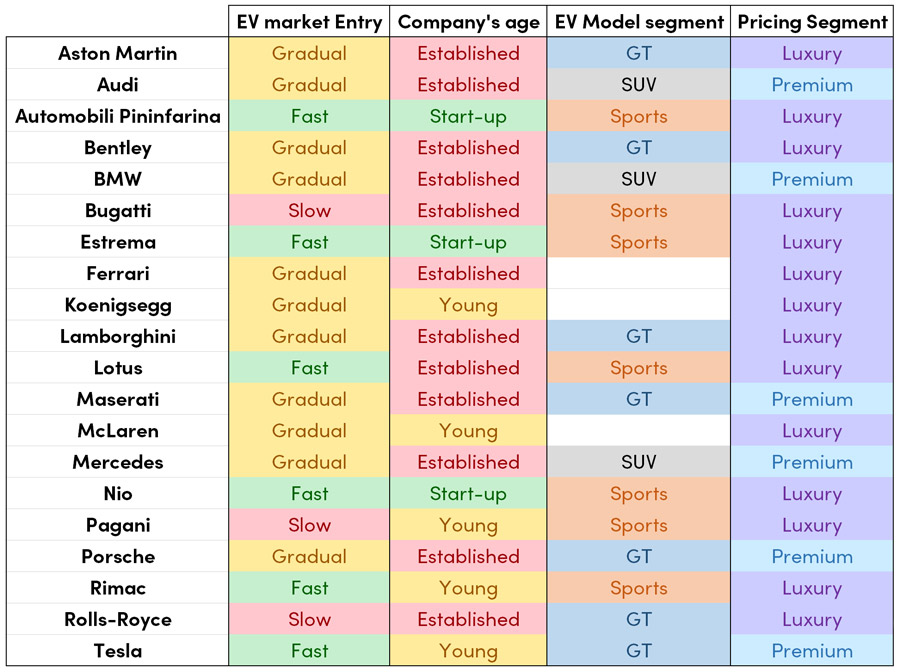 *Ferrari, McLaren, and Koenigsegg 'EV Model Segment’ column is left empty because while an upcoming EV is confirmed for the first two, the third is just a future option, and neither of the three firms released details on it.

From the table, some interesting market dynamics can be identified. First, established manufacturers always adopt either a gradual or slow strategy to enter the EV market. This is pretty straightforward. These companies have been improving on their core expertise for years, some even from the very beginning of the industry, over 100 years ago. This means that they will need to gradually redirect facilities, investments, capabilities, and staff, but they also have a heritage to preserve. This is especially true for luxury automakers for which the brand and the highly selected customer base expectations are crucially important as highlighted in the survey conducted for the Ferrari Brand Market Potential Analysis.

The only exception here is represented by Lotus, which out of its line-up of ICE sports cars, in 2019 introduced the full-electric hypercar Evija. Lotus as a brand exists since 1948, but in 2017 the Chinese Geely took a majority stake in the company, effectively taking control of it. Geely had already entered the EV market, with black cabs, and Volvo’s electric cars division Polestar. This overall direction for the group likely led to the birth of the project codenamed Type 130, later renamed Evija.

The second trend that can be observed is the vehicle’s class choice. All the established manufacturers using a gradual approach (which as said is almost every company featured) are entering the segment with a GT car or an SUV. This is most likely again due to clients’ expectations and cars’ value proposition.

GTs and SUVs are developed to be comfortable for long trips, exciting when required, yet relaxing to drive and simply be in. Few people in the market for a luxury or premium GT or SUV will be concerned with its driving capabilities on a track, which is exactly what sports cars are for instead. For this reason, so far we got the Porsche Taycan, the upcoming Maserati Granturismo, Lamborghini’s fourth model which will be an electric GT, the Audi E-Tron, the Mercedes EQC, and BMW iX3 (it is interesting the note that the latter three, followed up soon after with their own GT EV, the E-Tron GT, the EQS, and the i4 respectively). 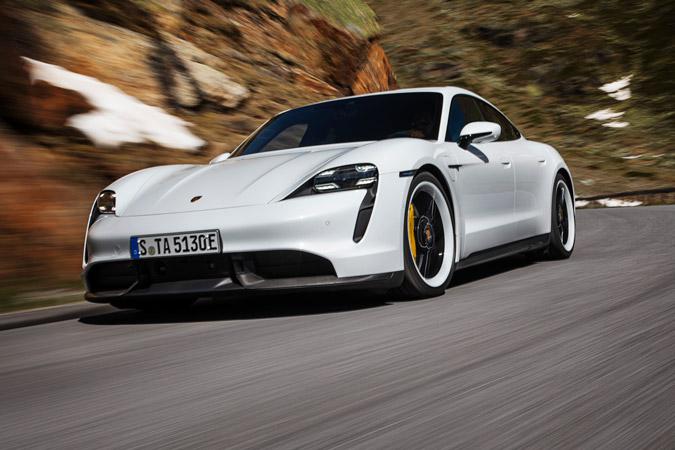 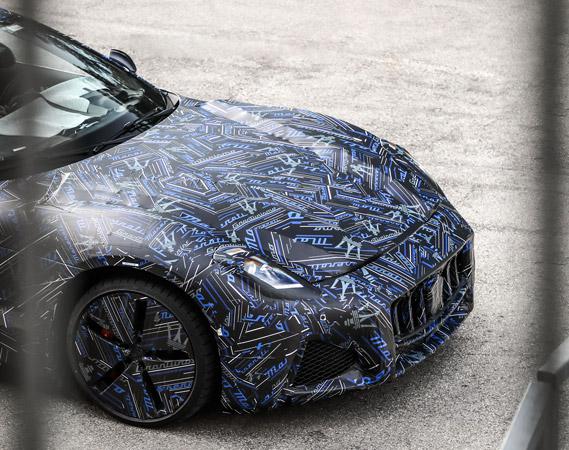 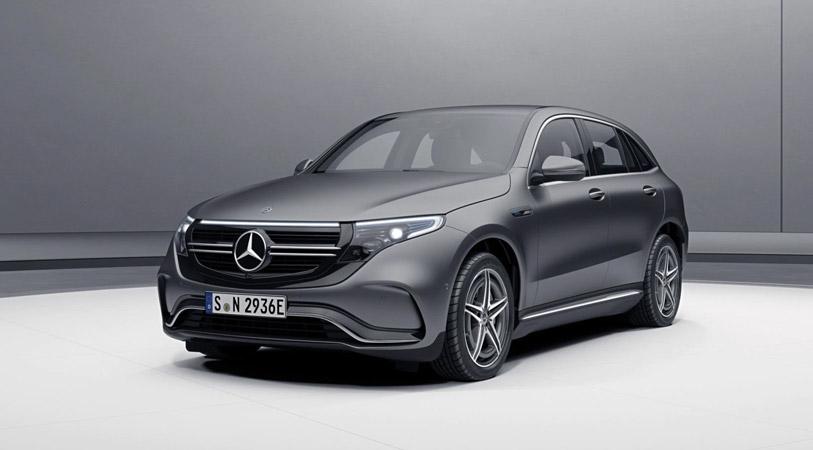 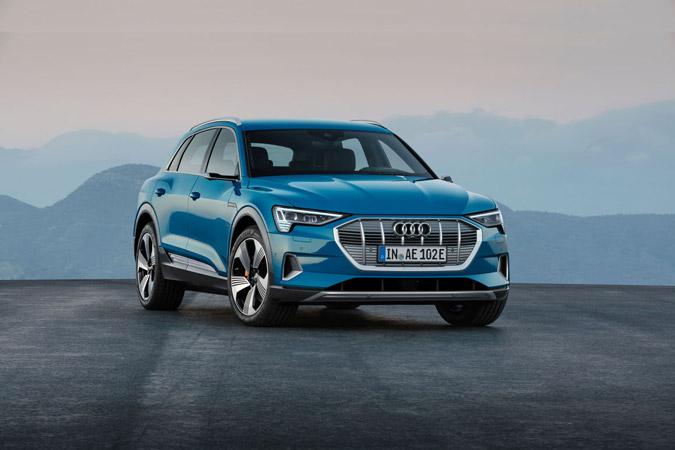 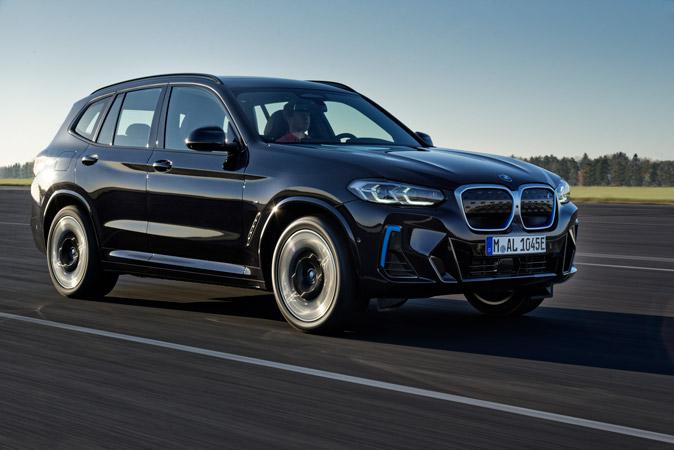 Ferrari’s and McLaren’s upcoming electrified cars remain a mystery for now. So while it is possible to assume they too will release a GT model as their first electrified car, to preserve their driving experience with the combustion engine as long as possible, they could also pick a more radical approach for different reasons. Ferrari now enjoys the most diversified range it ever had (with the SUV Purosangue joining it soon), so an electric sports car would not be a substitute but more of an option to the combustion engine, for those clients that still look for a more traditional Ferrari driving experience. McLaren instead, being much more focused on sports cars, with no SUV and a single GT model, but a varied range of mid-engine supercars could choose to offer an electric option to these as well.

On the other hand, start-ups who entered directly the EV segment so far did it through top-end hypercars. High-performance cars in this segment are almost exclusively a prerogative of luxury automakers, while in the premium segment SUVs and GTs are preferred. Naturally, the use case for each car type makes the OEMs choice clear. It is the case of Rimac with the Concept One, Pininfarina with the Battista (based on the Rimac’s platform), Nio with the EP9, and Estrema with the recently presented Fulminea.

Not having the “constraints” of a large established customer base gives these companies the freedom to reinvent the product, and revolutionise the market itself even. They don’t need to respond to anyone’s expectations and for this reason, they can look for the next important step that allows them to establish themselves as serious players as it happened for Rimac and Tesla.

Christian Von Koenigsegg said it best in an interview when talking about its company:

“For example, with the Regera, I don’t see any of the other established brands, daring to remove shifting of gears. It’s such a fundamental thing to take away from a sports car, that I think it’s only Koenigsegg that could make that decision. And I’m very confident about the decision […] We take more freedoms like that”.

Most likely, in fact, the main reason why Koenigsegg has not yet started the development of a full-electric car is the powertrain constraints. One above all the weight. Apart from that, with every new model so far, they always introduced some form of unprecedented technological innovation.

These cars often become the weapons of choice of the start-ups as they are also extremely powerful testing platforms and marketing tools. A fast and ground-breaking supercar allows the OEM to test new and expensive technologies that the car’s pricing can cover. Technology that can later trickle down to mass-produced models, once the production costs drop. As for the marketing aspect, a high-performance vehicle will always attract more attention giving the company a reputation that a regular car would never give if the project is successful.

In a similar way to what happens for EVs, established and young companies are also likely to approach other aspects of the new automobiles’ development differently.

Start-ups often enter the market more as tech companies than automakers. Established brands, on the other hand, usually manage these developments through incremental improvements and implementations. The company structures themselves are likely to be less suited or lacking the talent for the latest tech development that is usually one of the EV start-ups’ strengths.

When it comes to autonomous driving, of course, a distinction must be done as well between everyday vehicles and sports cars. For the latter, autonomous driving capabilities would defeat the purpose of the vehicle itself, and not only while on track. So while there is less pressure for sports cars manufacturers, it is likely to see such automation on these cars too in the future.

On the other hand of the spectrum, however, as these capabilities become more complete and the systems popular, we are also likely to see companies born exclusively to produce self-driving vehicles. This not only represents a more radical approach, but much like EV OEMs such as Rimac and Tesla, it has the potential to threaten even more the current ownership model directing it even more toward a fully shared mobility.

The industry is changing faster than ever, and the customers’ preferences are evolving as well. Younger generations are increasingly attracted by electric mobility and its unmatched performance capabilities. But they are also more open to sharing with others, and more interested in proper experiences over mere vehicle ownership.

This condition presents different challenges for both new and established players. On the one hand, long-standing companies can take advantage of their expertise in offering a more refined and bespoke service, along with the valued brand name. On the other, new players have the opportunity to try new and innovative approaches right from the start adopting solutions that might not be available for structured companies that are less agile and have more cumbersome processes. Not having the pressure of a long heritage and demanding customer base expectations can become an advantage too in this context.