Restomod: a celebration of heritage as the industry changes for good

The restomod trend in automotive is nothing particularly new but has been gaining traction in the last few years as the core technologies change with digitalisation and electrification.

The term indicates cars, usually classic models, that are not only restored but also updated (internally) to bring their performance, usability and safety up to modern standards while leaving the aesthetics almost untouched.

To confirm the trend, several companies started their own project just over the last five years. The graph below shows over 40 of the most active companies in these years. While some started many years ago with different activities involving motorsport or ‘simple’ vehicle restoration, many others especially since 2015 were established directly with this purpose. 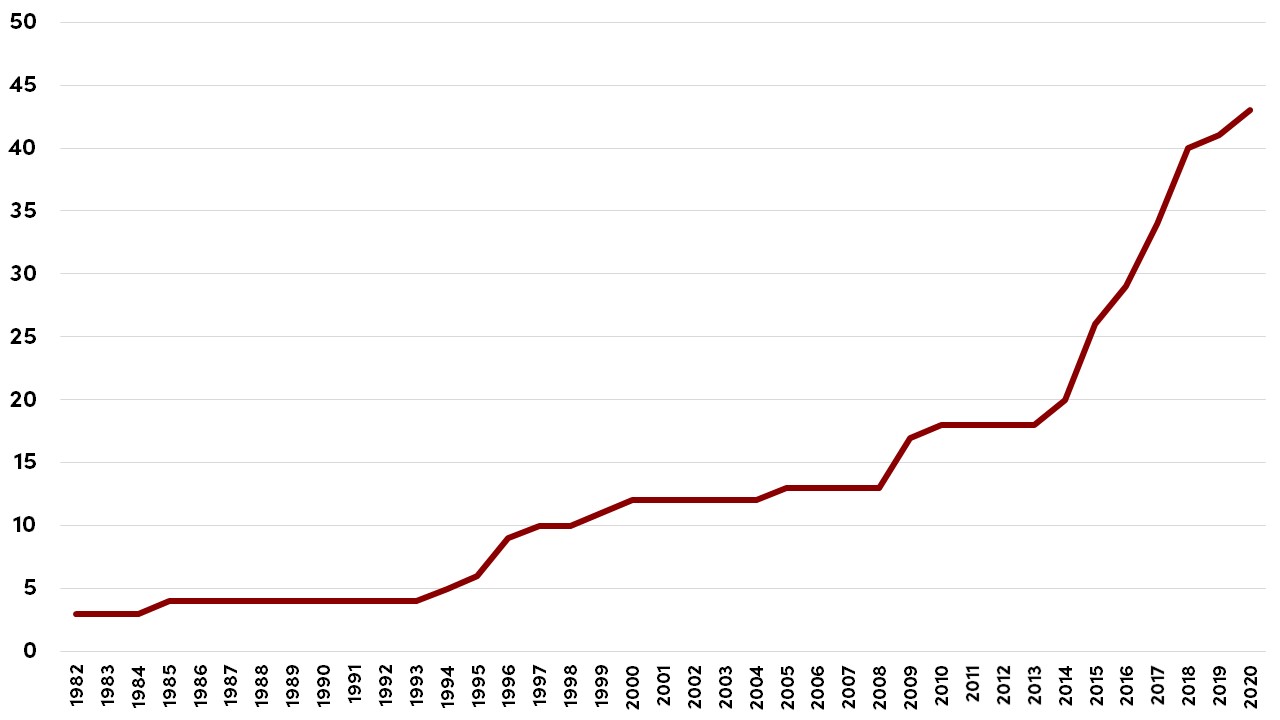 But what characterises these firms that decide to manufacture these unique models? And how does this phenomenon relates to the current context of the automotive industry?

The first characteristic that defines these manufacturers is their craftsmanship. Most of these companies are or at least have started from, small workshops with a few employees. Secondly, they all come from a strong passion for a specific field of automotive, or a brand, or sometimes even a single model, as is the case of Alfaholics or Eagle.

The general purpose, along with bringing these models back with improved performance, safety, and comfort, is to offer a unique customer experience.

Naturally, these vehicles are produced in extremely limited numbers, and there will hardly ever be two equal to each other. Personalisation is a strong factor for the majority of these specialists, which, in this time and age, is key in the luxury automotive industry as discussed before in different occasions. The search of a certain target group of customers for unique, and special products, in fact, is arguably one of the reasons for the recent success of restomod. 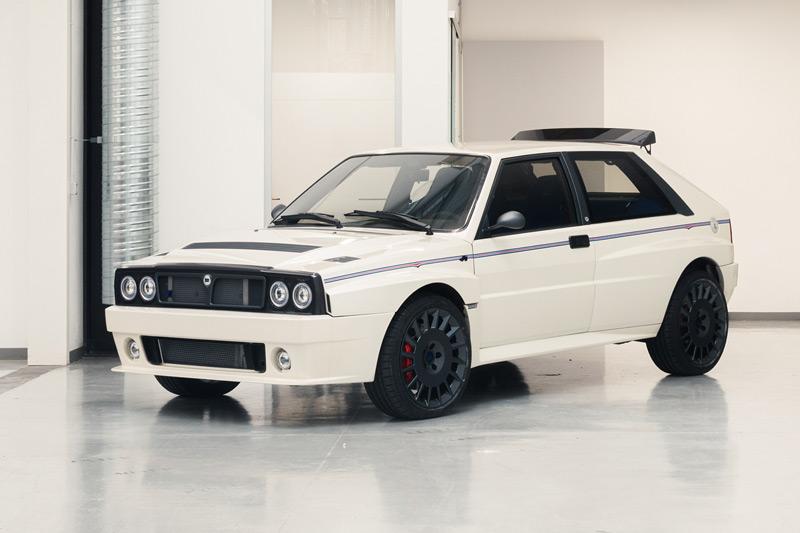 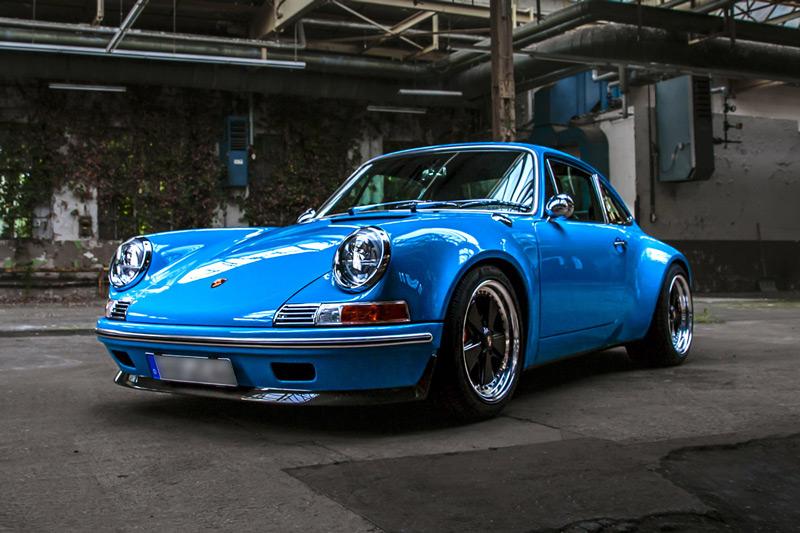 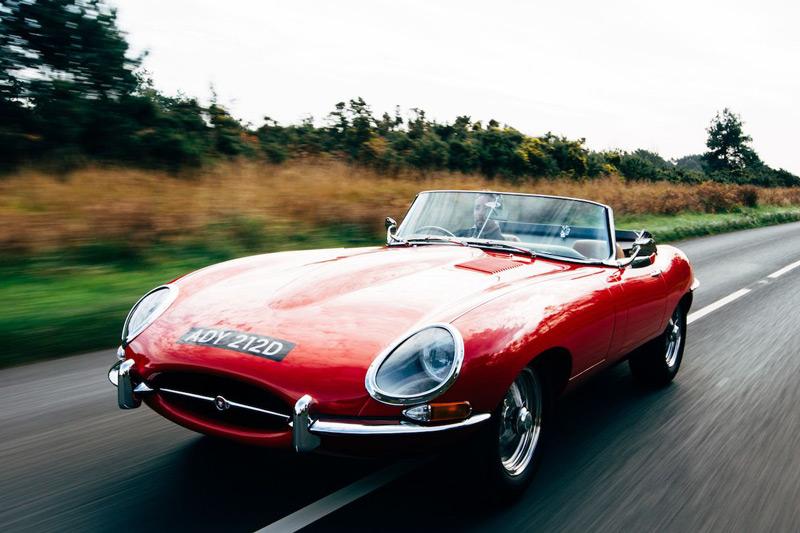 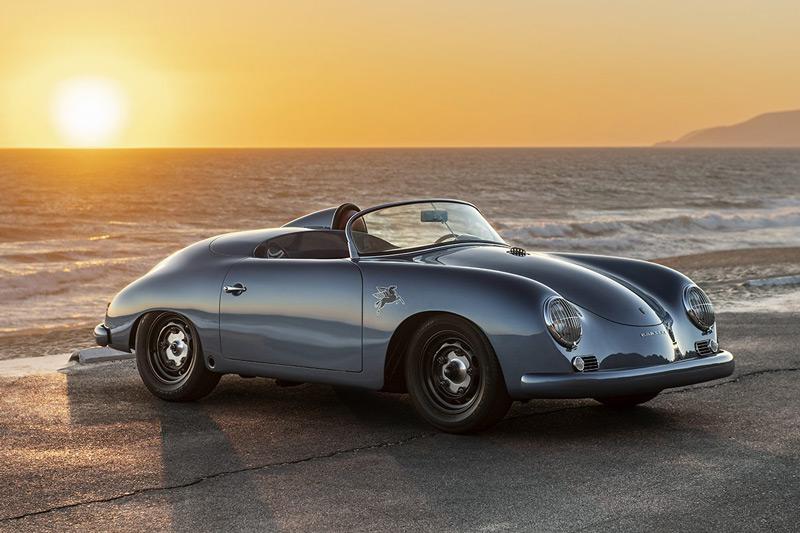 Pricing generally reflects the manual labour involved, the personalisation level, the development costs, the scarcity, and so on. This means that one of these restored cars’ price (sometimes regardless of the initial model’s value) can vary from $150,000 to well over $1.5 million.

Also, there are a few markets where this movement has gained more momentum, and they are generally the US first, followed by the UK and Germany. There are, however, other brilliant examples from other markets with long and deeply rooted automotive history such as Italy, or France.

There have been a few examples of large automotive manufacturers that applied similar principles for special projects.

One is Porsche, with the one-off Classic’s Project Gold mentioned last week developed from the original chassis of a 911 993. 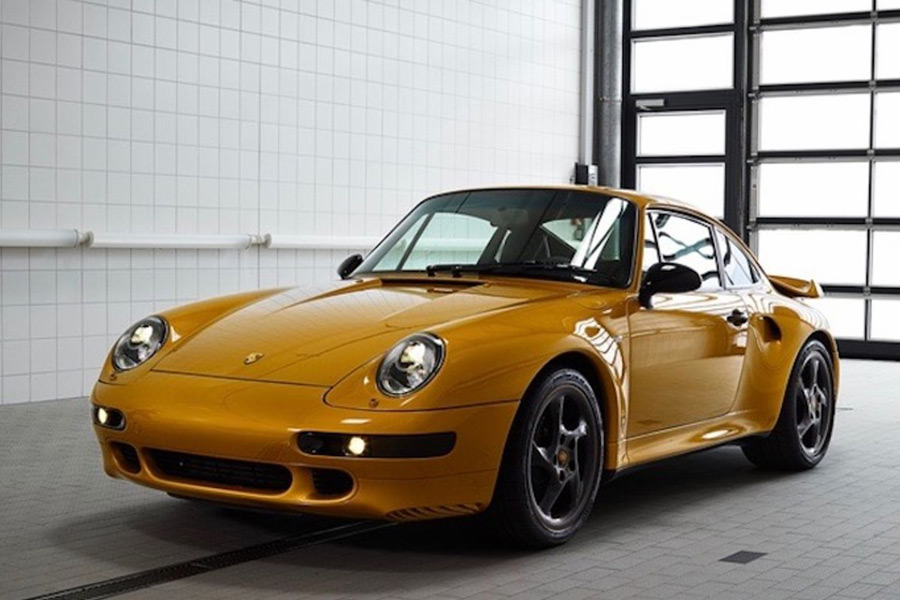 Another similar and probably more peculiar project is the Jaguar E-Type Zero. Announced in 2017 first as a concept and then as a proper conversion for E-Types, it was Jaguar’s conversion of the roadster E-Type into an electric car.

According to some media outlets, the project would have been halted or just temporarily paused, but could nonetheless see the light in the future. 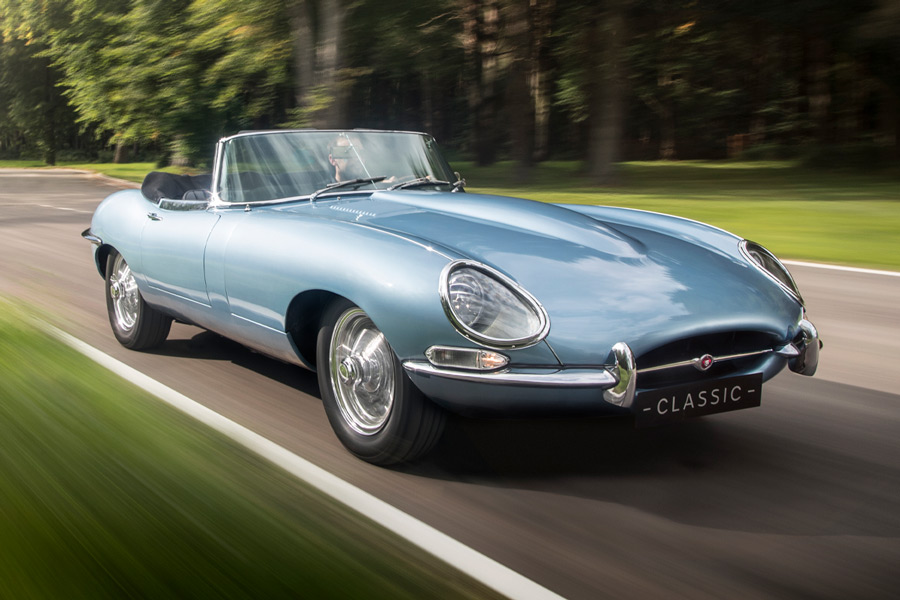 If these models by early adopters become popular among enthusiasts and wealthy owners, other companies might decide to take the same path set by the likes of Jaguar and Porsche. So, we could see other established manufacturers in the future deciding to start a special bespoke program for this kind of conversion.

The EV conversion though is still a project that presents several risks. Like for the E-Type Zero, a lot of enthusiasts might not have been happy about seeing such an iconic car "stripped of its identity", and the same could happen for other vehicles with similar status.

While Jaguar had a few difficult years which seriously challenged its brand reputation, the same cannot be said for other companies in the same market segment. So, it seems highly unlikely to imagine OEMs like Ferrari, Porsche, or Aston Martin turning limited, classic cars they so carefully preserved throughout the years in electric vehicles. First, for the impact that this decision could have on the brand itself, but most of all for the loss of value and collectability of a classic car being heavily modified. This would limit also more “traditional” restomod projects for these automakers.

For instance, Aston Martin in its DB5 Continuation project rebuilt 25 units of the iconic grand tourer and did not renew or apply any modification or gadget to the original models.

Restomods in the Modern Automotive Market

History is cyclical, and design trends tend to reappear after a few generations in every industry.

Today, automotive is driven by technological development with EVs characteristics often defined by the "form follows function" principle. This translates into exterior and interior design that are affected by cumbersome battery packs, and the need for low drag coefficients. So, there is a significant change in the design language of some major automakers both for this reason and for the research of a more futuristic expression.

As it happens sometimes, however, with all this sudden change, comes also an opposite push, which in this case does not mean moving backwards, but forward following specific guidelines.

The electric revolution has sparked interest in the idea of applying modern tech to a recognisable design. To see how classic lines would translate in a modern language. Or simply to avoid a complete leap of faith into “the unknown” for both the company and its customers by remaining attached to something familiar. From this idea, two of the most attention-grabbing EV concept of the last few years were born. The Honda E (successively turned into a production vehicle), presented at the 2017 Frankfurt Motor Show, and the recent Renault 5 Prototype based on the famous R5. 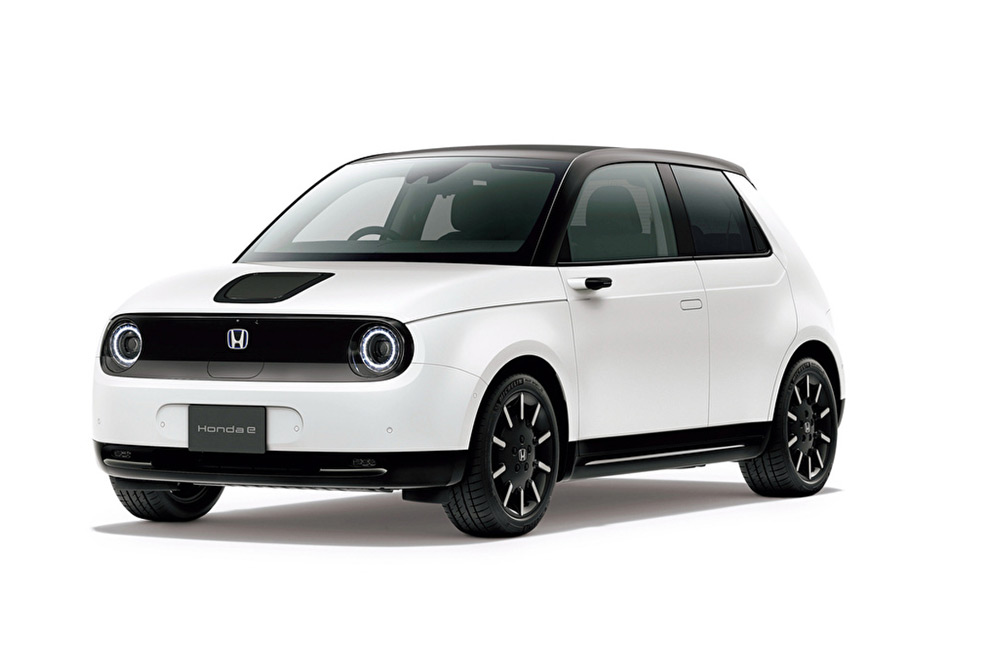 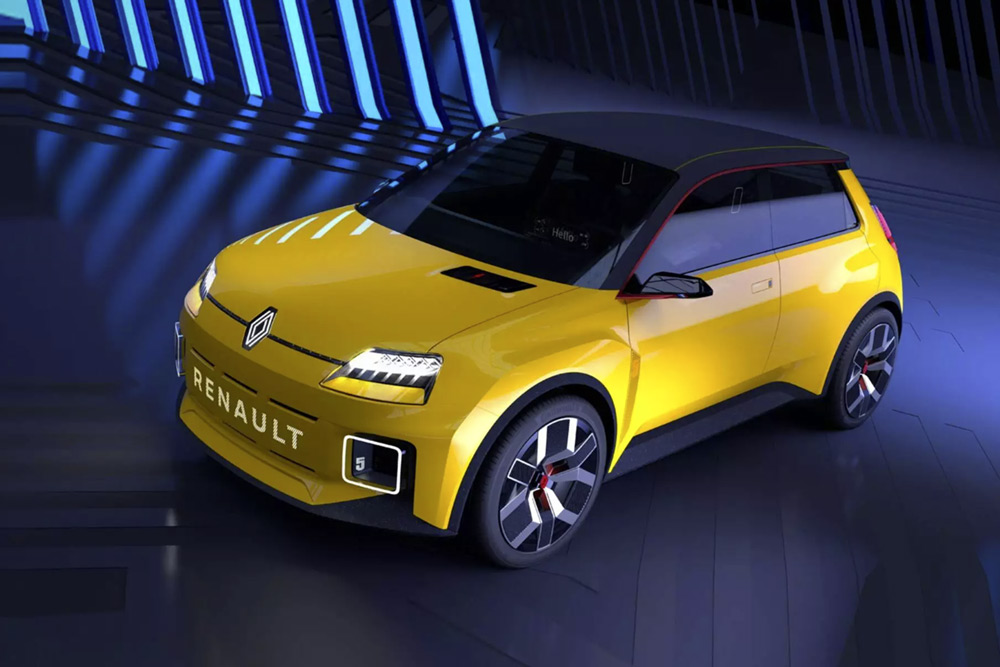 In this context comes the restomod trend. And the ongoing revolution could very well be one of the main reasons for its sudden surge in popularity. The will to celebrate and preserve what has been done best so far.

This factor ties well into the strategy applied recently by luxury automakers such as Ferrari and Lamborghini. Through products like the Icona Series and the new Countach, they too pay a modern tribute to the highest achievements in their history.

Secondly, as mentioned before, scarcity and uniqueness are major drivers in the modern luxury industry, and these cars’ value proposition certainly satisfies both requirements.

Finally, social media and the internet, in general, provided an extremely powerful platform for all these small specialised workshops to promote their products worldwide. Such coverage has surely been key to reaching a target audience of enthusiasts willing to pay a significant premium for this kind of unique vehicle.