The discussion around gender equality has rightfully become central in every field today, whether it is sport, entertainment, or business. Naturally, in those environments that are still mostly male-led, there is a strong cultural component that is not going to change overnight. It certainly requires a gradual education, but it is definitely being helped by continued action ranging from companies governance to dedicated initiatives.

In the hope that celebrations like March 8th International Women’s Day will soon be obsolete, here is an overview of the current status of women in the automotive industry.

Automotive in the 20s

While there has been significant improvement in the last few years, there is still a substantial disparity in several markets.

In the US, in 2020, women accounted only for 26.1% of the total workforce in automotive. A similar percentage is registered in dealers and goes significantly down for repair and maintenance. Where there is a serious difference though is in managerial and senior roles.

A research by USA Today found that in the American market, except for GM where Mary Barra has been serving as CEO since 2014 and where 6 out of 11 board members are women. All the other major OEMs include a maximum percentage that is never above 35% and is actually down to 0 for some like Korean Hyundai-Kia. 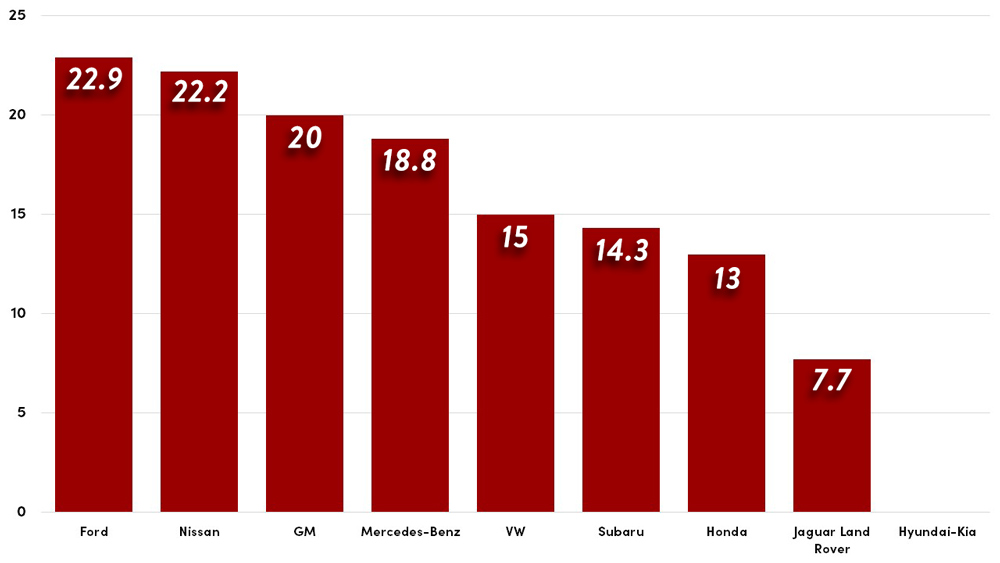 An analogous situation regards the roles of executives as shown in the graph above where the definition includes positions as VP, equivalent or higher. A report by Deloitte from 2020 highlights the same imbalance among roles covered by women in the UK. Around 71% covers roles as employees or managers, while the percentage drops sharply as the seniority of the role increases, reaching just 1% for the board-level positions. Of this almost 30% work in marketing and sales while only 15% of the development and engineering roles are covered by women.

While the situation is improving, the issue, of course, does not seem to be just the hiring process, but also the talents’ retention. 40% of Deloitte’s surveyee claim they would change industry if they could start again, and up to 90% felt somewhat underrepresented in their work environment.

So, overall, issues with women’s representation in the automotive sector can be found at different levels. Not only with the hiring process but also when it comes to retention and career progression. Continued discussion to improve knowledge and overcome certain biases that are commonly present in the sector are solutions that can help to further improve the situation.

Different luxury automakers are taking steps to ensure they provide a diverse environment that can offer the same opportunities to different groups whether it is race or gender.

*Both Ferrari and Lamborghini, as the other OEM apply an ‘Equal pay’ policy for men and women. But report differently from the British Companies
*Porsche too does not report a % in the gender pay gap, the one indicated is from Porsche Retail Group

By looking at the improvements realised in these years, as well as the special programs and initiatives put in place by each automaker in the luxury space, it is evident how there are efforts being made to improve gender equality.

However, the other observation that emerges quite clearly from this table is the huge gap between men's and women's levels of employment. Which is even bigger as the seniority level increases. In this respect, the luxury segment reflects the same trend seen in the wider automotive industry.

This data reflects obviously on the Pay Gap. The British companies report according to the Gender Pay Gap Reporting Regulations required to employers with 250 or more employees in the UK. The percentages included in the table, in fact, indicate the difference in the means of the pay earned by all the men and women of each company. So, while the number does not imply a difference in compensation for the same role, it does reflect the lack of women figures in positions of high responsibility.

Even though these numbers are indications of how the industry is still vastly male-dominated whether it is for cultural reasons, or general interest in the sector, there are positive signs. Automotive may lag behind other sectors, but each company in its report highlights significant measurable improvements that accompany the educational and political initiatives.

In motorsport too steps are being taken by the most important sporting bodies like the FIA to promote gender diversity. But the road ahead is still long especially when it comes to high-profile competitions. One above all, Formula 1, that has not seen a female driver racing in over 40 years.

Two, in fact, are the only women that joined the sport and actually started a race. The Italians Maria Teresa de Filippis, and Lella Lombardi, who respectively started 3 races between 1958 and 1959, and 12 races between 1974 and 1976. After them, three more entered the sport, the last one another Italian, Giovanna Amati in 1992, but never took part in a race. 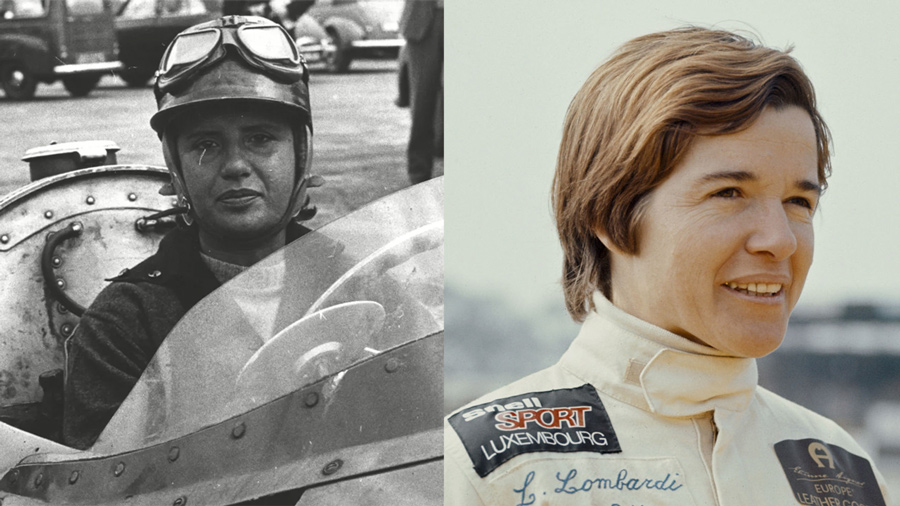 *From the left Maria Teresa de Filippis and Lella Lombardi

Automakers involved in motorsport are putting plans in place to improve women's condition in the sport. Ferrari supported FIA’s Girls on Track – Rising Stars Program. Already a year ago, it announced Maya Weug, who came on top in the FIA initiative, as the first female driver to enter the Ferrari Driver Academy (FDA). Later in 2021, Laura Camps Torras (16 years old) and Maria Germano Neto (11 years old) after winning the FIA competition joined the FDA as well, with the hope of reaching the Formula 4 championship.

The most high-profile initiative toward motorsport gender equality though is probably the W Series. An all-female Championship established in 2019 and structured to be as balanced as possible favouring the drivers’ talent.

W Series is quite revolutionary in many ways. Not only it is the first championship of its kind, but it is also free to enter. So, it manages to tear down both the political and financial barriers of motorsport at once. The twenty drivers race using the same car, a Tatuus F3 T-318 with an Alfa Romeo engine. During the first season, the engineers too were part of the same team. In 2021 instead (2020 was skipped due to the pandemic), different teams managed the drivers’ pairing.

This of course is not the only initiative. 2022 could see the return of the Formula Woman, a series that was held from 2004 to 2006 with the same purpose as the W Series.

It was not all smooth sailing for the one-make championship though. Initially, the new series received criticism and still does. Some like IndyCar racer Pippa Mann defined it as segregation of the female drivers more than an inclusive sporting event. On the other hand, two-time championship winner Jamie Chadwick spoke about it positively. 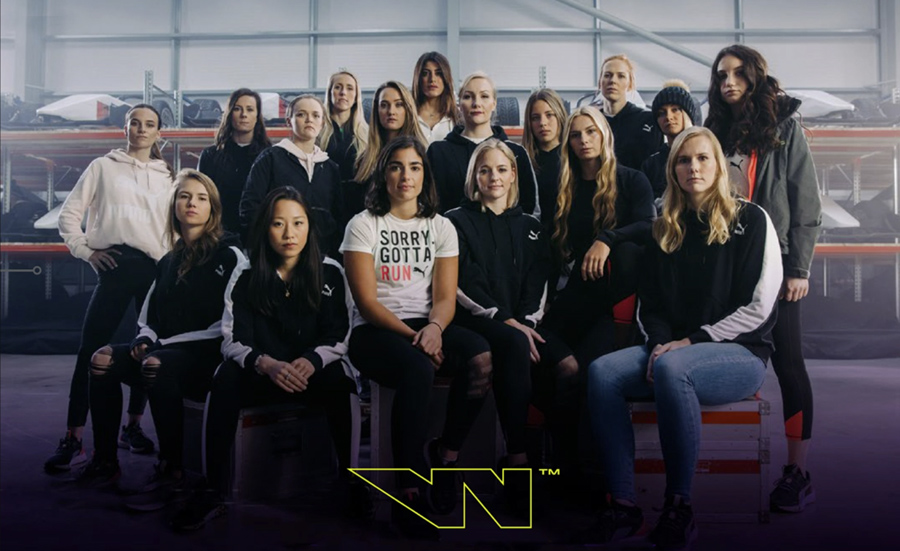 What is sure is that while initially very divisive, the series has ultimately brought some positive publicity and media coverage to these young female drivers. One example is Jessica Hawkins who recently joined Aston Martin as a Driver Ambassador. While the concept might have seemed controversial, it is undoubted that it brought visibility and attention to the issue.

It cannot be the goal though. Sporting organisations should have a clear path for the future, using these series to accompany a cultural shift. They should move toward the unification of the different championships into a single one that, without any bias, can measure drivers against each other to give an opportunity to the best to emerge, regardless of their gender.

Similarly, in automotive, the numerous programs implemented by OEMs are bringing results and more diversity, but the definitive and long-lasting change will still require time, and planning future steps will be extremely important.