Lamborghini Strategy: the Next Decade

In recent weeks, the Italian luxury performance automaker has made the news twice. Once for the release of the latest Huracán iteration, STO (Super Trofeo Omologata), and another time for the appointment of Stephan Winkelmann back at the wheel of the company, after his predecessor, Stefano Domenicali left to become the new Formula 1 CEO.

Winkelmann had spent already 11 very successful years in Lamborghini, from 2005 to 2016, that saw the introduction of the two new current production models Aventador and Huracán, which is currently the most successful car in the company’s history, with 14,528 units delivered up until Q3 of 2020. He then left to lead first Audi Sports Division, and in 2018 Bugatti. Now he will take on a double role as President of Bugatti Automobiles and President and CEO of Automobili Lamborghini.

Huracán STO should be the last iteration of the ‘baby’ Lamborghini V10. Next in line then, is likely going to be the substitute for the almost 10-year-old Aventador. 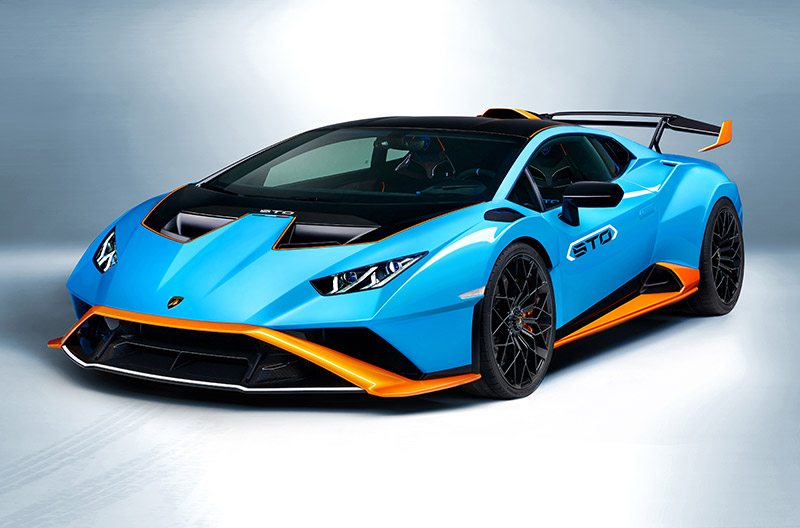 Is Lamborghini embracing electrification or keeping its production models unchanged?

Right now, Lamborghini is focused on the supersport segment, with three of its models, the V10 and V12 Huracán and Aventador. The production models come also in different degrees of sportiness with more track-focused versions like Huracán Performante, the aforementioned STO, and Aventador SVJ. Only in 2018, the company added to its lineup the now extremely successful Urus, which is positioned in a more daily-drive-oriented segment. 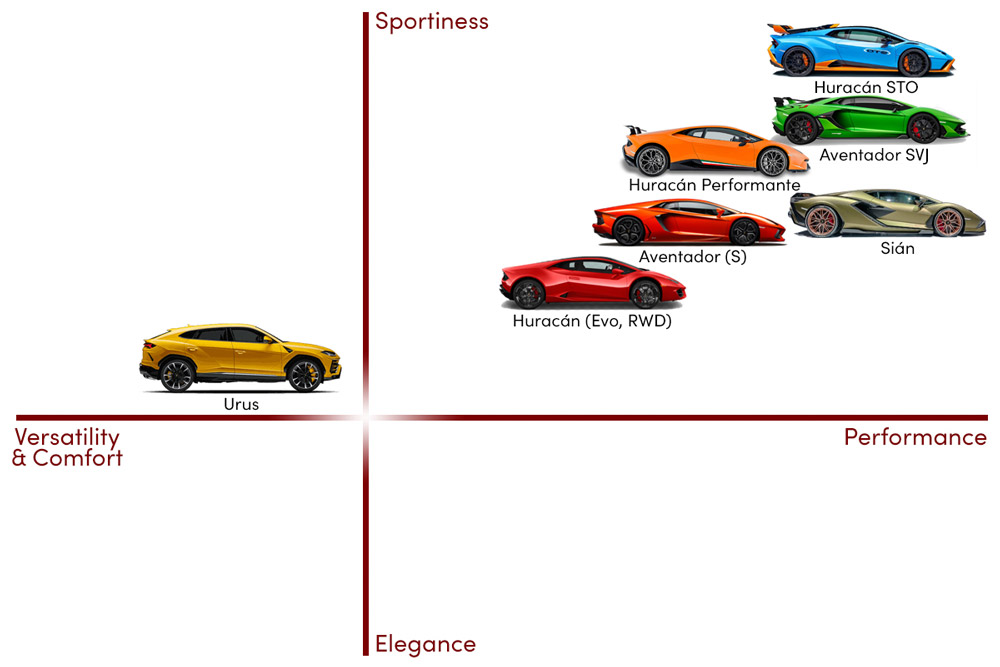 *Each Huracán, Aventador and Sián model have a Roadster or Spyder version

In 2019, the house of Sant’Agata Bolognese also released its first hybrid car. Applying the electrification in a different way from all its competitors, the new limited series Sián, and its roadster sister released in 2020, are the first steps into a new market segment that looks at the future of the supercar.

WHAT IS IN STORE FOR FUTURE MODELS?

Despite the advancement of electric mobility, Lamborghini’s priority still is the internal combustion engine though and specifically its distinctive V12, which is, as Mr. Winkelmann told Top Gear, the core of the brand.

With a focus on overall driving performance more than just eye-catching numbers, as proved by the Huracán STO, inferior top speed (310 kph – 193 mph) when compared to its peers but that promises better performances on the track, the big challenge is still to find the right balance. Hybrid technology with the addition of batteries changes the power to weight ratio which is crucial to sports cars and needs to be on point to deliver on customers’ expectations. According to the newly re-appointed CEO, we should not expect pure EVs from Lamborghini at least for the next decade.

Similarly, Maurizio Reggiani, head of R&D, when talking with Autoweek, expresses his wish to see Lamborghini as the last brand in the world producing V12 engines. At least, as long as the ever stricter environmental regulations allow it. However, already from the next generation substituting the Aventador, we can expect to see a hybrid solution aiding the V12 power maybe as it happens now for the Sián. This already makes the Lamborghini flagship quite unique, as the only production rear mid-engine car with this powertrain. Others from Ferrari or Aston Martin are either front-engine or highly limited series. 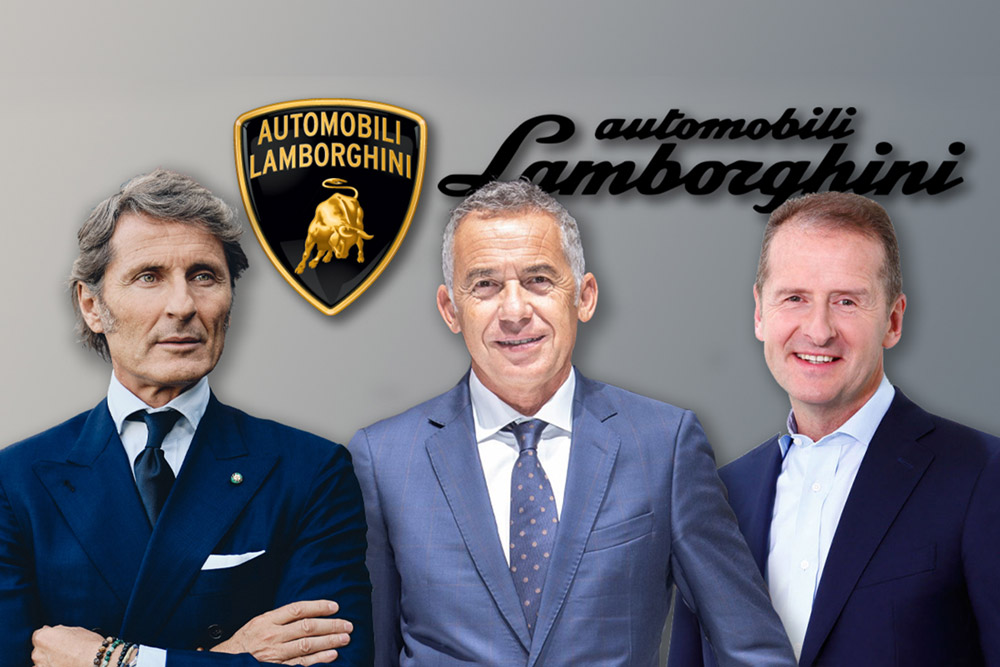 At the time of the rumour regarding VW’s intention to sell Bugatti to Rimac upon Porsche’s increased stake in the Croatian company, insiders interviewed by Reuters claimed VW Group would be preparing to carve out Lamborghini (such discussion could include Ducati as well). This would translate into an IPO for the Bull’s house, with the German automaker maintaining a majority stake and a higher degree of independence for Lamborghini.

Due to the synergy between the Italian automaker and Audi mentioned in the article linked above, with the shared components for the SUV Urus, VW would be preparing long-term supply deals too.

The news recently published though, contradicted these rumours confirming VW’s ownership of Lamborghini, at least for the foreseeable future.

As for other partnerships, an interesting hint about Lamborghini’s (and Bugatti’s) fate, could come also from a quite unexpected source. In a recent video, Mate Rimac and Nico Rosberg, recently become a new high-profile client of the Croatian automaker, while discussing indicate that Rimac would be working on a supercar or hypercar from an undisclosed southern European carmaker.

Now that both the brands are led by Mr. Winkelmann, which with the new deals would still remain under partial control of VW, and the increasing investment by Porsche in the Croatian company, we could expect similar partnerships involving Rimac in the development of Hybrid powertrains. Something similar to what is already happening for other high-end manufacturers like Koenigsegg and Aston Martin.

The next decade will likely see the Aventador substitute coming with a hybrid powertrain but still featuring the Lamborghini V12. After it, the Huracán successor should follow the same evolution.

VW CEO Herbert Diess told Reuters that before the end of the year they will announce the company’s future. The decision came in the end with VW maintaining the ownership for both Italian marques. Lamborghini and Ducati. Other changes regarding companies under the Group umbrella might come soon too. If the carve-out had happened, we could have got an IPO in 2021 that would have surely caught the attention of many people. Especially considering the company’s status, its recent staggering success, and the appreciation of the direct competitor Ferrari’s share which since its IPO in just over 5 years, appreciated by 292%.