Can DBX save Aston Martin Lagonda?

The long-awaited, leaked and reported SUV by Aston Martin finally dropped on November 20th, 2019. Can the DBX help Aston solve its difficult financial situation and get up again?

Everybody in the industry seems to agree on the fact that the SUV is the way to go in the current automotive market, regardless of your segment. And companies in the Luxury Performance segment have been working on it for quite a while. The DBX, in fact, has been in the working for over 4 years, and the same probably goes for Ferrari, whose Purosangue has been rumoured too for years, with concepts and news from unreliable sources. 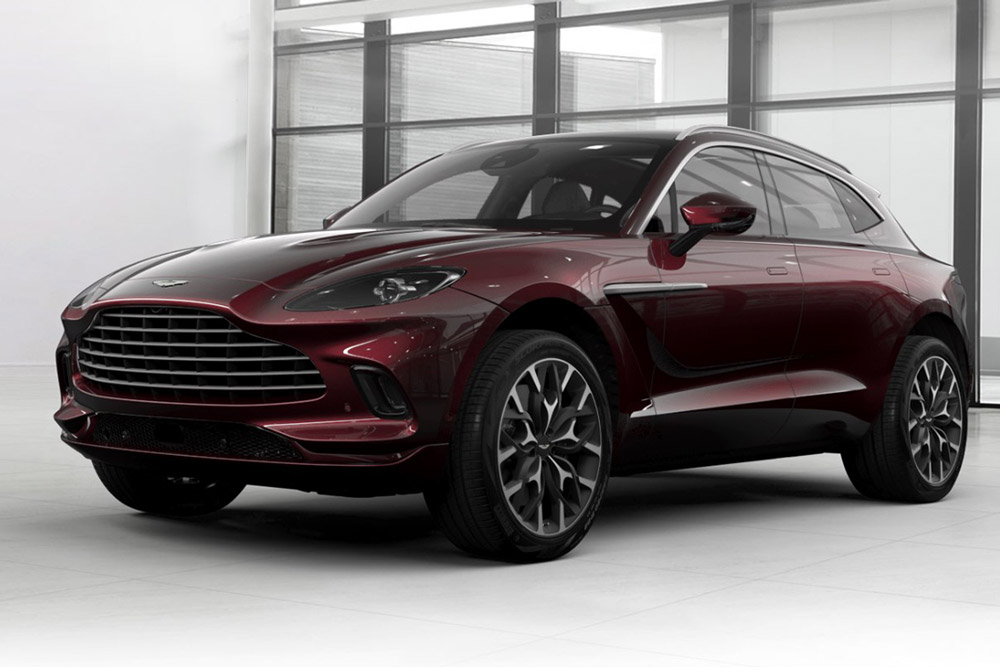 Sales figures from competitors strongly support this strategy. Two of the latest ones that arrived on the market clearly show the astonishingly fast-developing trend that continues in a slowing automotive market. Because the industry that peaked in 2017 with around 79 million vehicles sold has been slowing down for the past two years, with the biggest contributor to this slowdown being China. In 2018, the total number of vehicles sold globally decreased to 78.6 million, with China going from 24.7 million of 2017 to 23.7. Forecasts for 2019 claim sales of around 77 million, confirming the downward trend.

I am of course referring to Lamborghini’s Urus and Rolls-Royce Cullinan. Sales figures clearly show how in each quarter in 2019, every model’s sales decreased, while the two SUVs sometimes even more than doubled the overall company’s figures (Figure 1 and 2). 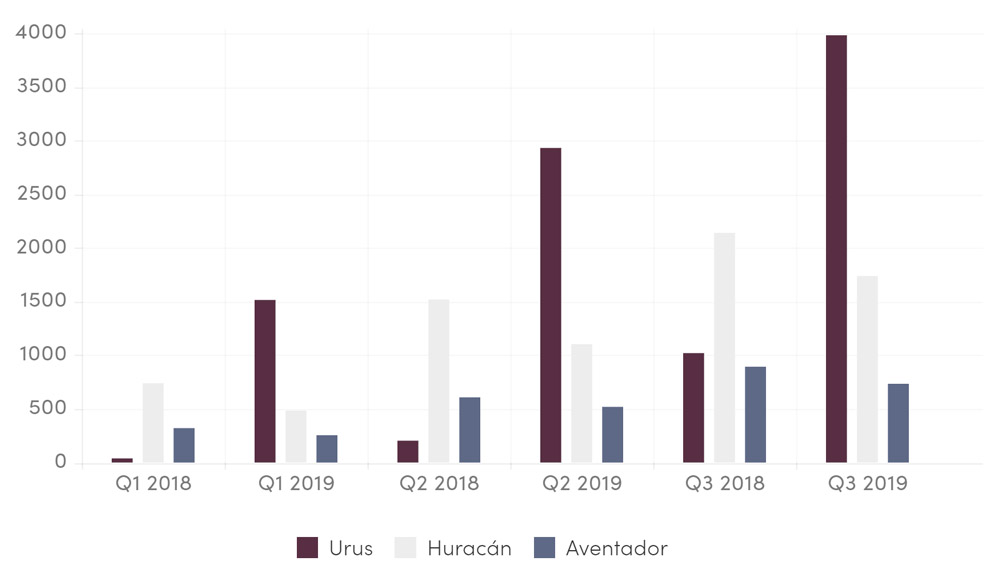 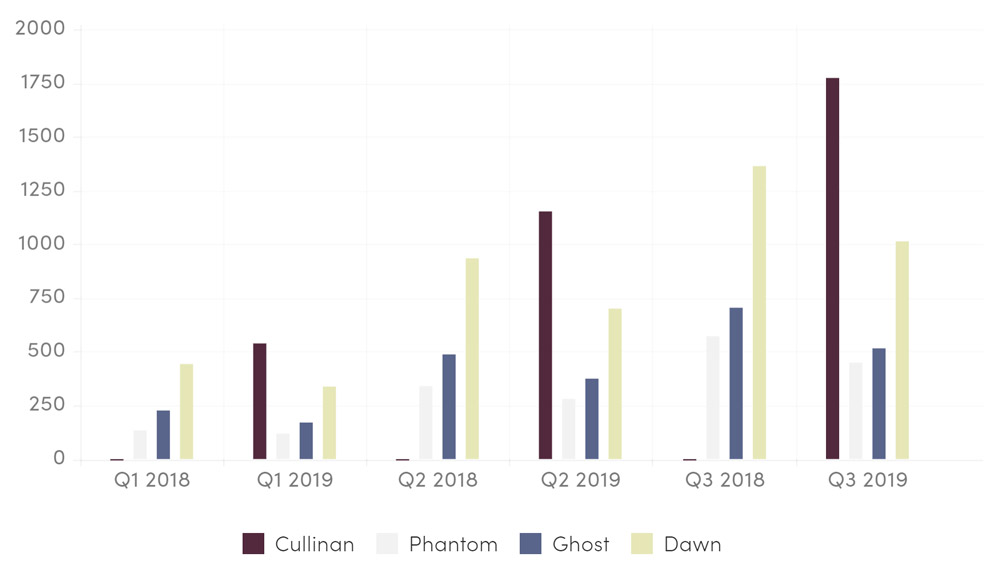 Similarly, other companies in the space such as Bentley and especially Porsche have been doing the same for a long time now. There are no official data on the quarterly sales for 2019 by model, but looking at previous years it is evident like every SUV model consistently accounted for a large share of each company’s sales (Figure 3 and 4). Regardless of the overall deliveries that have decreased steadily at Bentley, while growing at Porsche, SUVs maintain a way larger share of sales over any other model.

Product cycles must be kept into account as well. Bentayga’s sales have significantly decreased since its first deliveries that started at the end of 2015. Nonetheless, its importance remained crucial in Bentley’s lineup and the model has been refreshed with a Hybrid version whose deliveries have started in October 2019 and that represents an important milestone in the company’s history. Porsche’s Cayenne sales slowed significantly in 2017 as customers waited for a model refresh which arrived that year bringing the deliveries to a record in 2018. Overall the two German SUVs registered on average at least double the sales of each other model in the lineup.

Thus, both the product and the timing for Aston Martin seem just right to save the day. With no other competitors arriving directly against the DBX in the same segment. The company from Gaydon has also a powerful marketing weapon arriving to strengthen its efforts at the best time possible: a new 007 film. ‘007: No time to die’ will be released on April 3rd, 2019, exactly when the DBX deliveries are set to start, which does not seem casual. Even though so far, it looks like the SUV will not be featured in the film, we know that four different models will: DB5, Vantage, DBS Superleggera, and the stunning Valhalla.

The fact that the company’s financial outlook seemed unchanged after the SUVs official unveiling though, can depend on several factors. Let’s have a look at what they could be and what are the risks connected with them.

The UK political and economic environment uncertainty. Even if, after the general election the political future of the UK seems much clearer, there are many factors whose consequences will be only evident in the medium term such as the import and export deals and tariffs. CEO Andy Palmer officially stated that Aston Martin Lagonda has already set its strategy to hedge the risks of a hard Brexit in the best way possible. Nonetheless, even if potential issues with the supply chain are avoided by relocating a large percentage of it within the UK, a stronger currency could hinder the company’s exports. Especially considering that Aston’s only growing markets in 2019 have been the US and China so far. 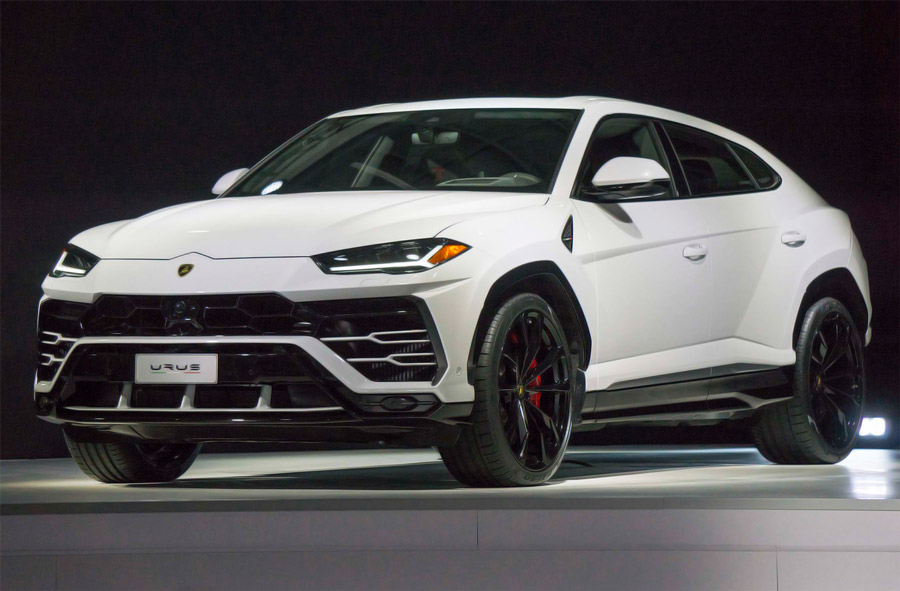 Connected with this issue there could be problems arising from the pricing. As of now, the DBX is priced at £158,000 before options, which is higher than some direct competitors such as Bentayga V8 starting at £135,000, Cayenne varying from £70,000 to £125,000 (Macan from £50,000 to £70,000 is entirely set in a lower pricing segment). It is anyway slightly cheaper than the Bentayga W12 and the Lamborghini Urus, respectively sold at £162,000 and £165,000 but that offers both considerably more power, and way cheaper than the £250,000 Rolls-Royce Cullinan which is much more focused on a superior level of luxury. In each perspective, Aston Martin seems to have taken the most sensible choices possible, avoiding too bold or risky features, which could be good for an everyday luxury SUV like it is supposed to be, but with the chance of it going a bit unnoticed compared with its competitors.

A third factor potentially limiting the DBX's success could be its powertrain choice. Some experts have questioned the decision of using a turbocharged V8 for the SUV produced at the new plant in Saint Athan, Wales. The new factory was previously advertised as Aston Martin’s home of electrification with the new full-electric Rapid E and the two models incoming for the Lagonda brand. Thus, a hybrid powertrain could have been the best option to compete in the current crowded and environmentally-aware market where even all-electric like the Audi E-Tron become viable options, even if set in a premium segment and not a full luxury one.

Finally, even if unlikely right now, a gradual change of trend in customers’ preferences could limit the company’s ability to reach its 14,000 units target.

All in all, the DBX seems well-executed and has been received positively from a technical point of view so far. Its segment seems as hot as ever too. Still, it is early to say if the new SUV’s shoulders will be strong enough to support the entire company. The objective is ambitious and the risk factors are many. One thing is sure though, not many options were left at Aston Martin to save its name.