On the occasion of Earth Day, Aston Martin unveiled its new sustainability strategy called Racing.Green. which sets a new benchmark for the company’s next decade.

Over the past few years, Aston Martin too, following the industry trend dictated by increasingly strict environmental regulations, has started implementing various sustainability measures. These measures of course, in the current market, can also become important marketing and communication tools as well.

In 2019, Aston Martin already confirmed the use of 100% renewable energy across all its production plants in the UK. Then, since the start of the pandemic, it has also managed a 44% emissions reduction in the UK.

These of course are steps that are not exclusive to the British automaker but are being implemented by the majority of industry OEMs, especially in terms of industrial plants' energy efficiency and water waste reduction.

The Racing.Green. strategy complements the Project Horizon started under Tobias Moers management. An overarching business plan that covers every area of the business with the aim of making it more efficient, sustainable, and competitive.

Despite the significant evolution of the business, however, Aston Martin went through another difficult quarter in 2021. As highlighted in last week’s analysis the automotive industry was off to a difficult start in this first quarter, but it was not necessarily the case for the luxury segment which has seen some great performers.

The automaker had a slightly improved financial performance driven mostly by a higher average selling price and the first deliveries of the hybrid hypercar Valkyrie, which also led to a 36% increase in gross margin. However, operating loss was higher, as was net debt compared to the end of 2021, and sales were significantly lower than those of Q1 2021. According to Aston Martin, this was mostly due to preparations for the DBX707 production start, and consistent obstacles in the supply chain. 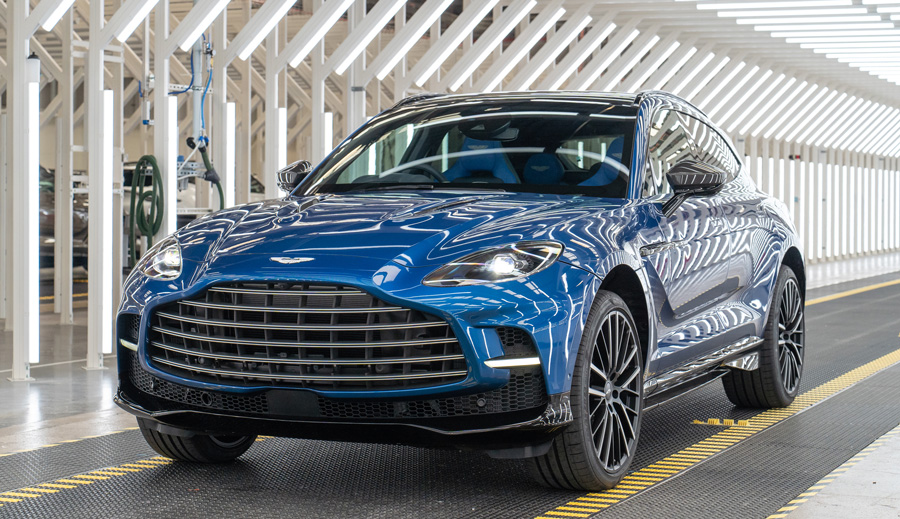 The outlook of the company seems positive from a strategic point of view as order and retail sales remained solid and outpaced wholesales. This indeed indicates a successful (so far) transition process to a different sales model. This shift along with the delivery of special models Valkyrie, and V12 Vantage could markedly change the face of the company throughout 2022.

Naturally, as already reported, the major news for the British OEM over the past few weeks has been the major change in management.

While the brand itself did not release many comments through its official channels, a piece by the FT reports official comments by Stroll as well as insights from industry insiders.

Allegedly, a drop in staff morale and the resignation of several senior figures due to a “robust management style” led to Moers replacing. So, while the ex AMG was instrumental in the company’s turnaround through 2021, to go forward Stroll wanted “greater collaboration and a more cohesive way of working” as well as someone who “understood and experienced luxury and higher price products”. Hence the choice of ex-Ferrari CEO Amedeo Felisa.

Naturally, this is not the only change in a primary role. Following Felisa is Roberto Fedeli, Technical Director at Ferrari during the same period. New CFO Doug Lafferty and Chief People Officer Simon Smith have been appointed too. Also the commercial team in China, and design, engineering, quality, and sustainability teams have been strengthened.

The new sustainability strategy defining Aston Martin’s path over the next decade and well into the next one defines several steps that align the company with UN Sustainable Development Goals.

The new Racing.Green. strategy is crucial for Aston Martin to enter the next era of automotive. Other companies, and especially a close competitor such as Bentley have already advanced sustainability-related business, communication, and marketing strategies. The most important step will be the steady transition to electrification, starting with the introduction of the new generation of mid-engine supercars and the brand’s hybridisation.

The rest of the year will be an important indication of the company’s resilience. In this respect, the new management will also be important. While a second change in just two years might be risky, a seasoned professional who successfully led the most successful brands in the sector. For now, while full of potential, the future of Aston Martin remains uncertain.