Today, car companies seem to have generally adopted one single strategy to boost sales and secure their financial performance. Releasing an SUV. And this happens at every level of the market, so in the luxury one too.

Porsche has been doing it for years, and each of its SUVs consistently sells around double the numbers of its other models combined (although the EVs addition has changed that slightly). Mercedes, BMW, and Audi are doing the same.

At the top end of the market came Bentley, Lamborghini, Aston Martin, and soon Ferrari. And all these brands (except for the latter as of now), have either doubled their sales, or the SUV has simply taken over 40-50% of the entire delivery volume.

In this context, Lotus, which has been acquired in 2017 by the Chinese automotive holding Geely, introduced the Eletre last week. Its first SUV seems to turn completely upside-down the company’s philosophy. But naturally, there is more to it. 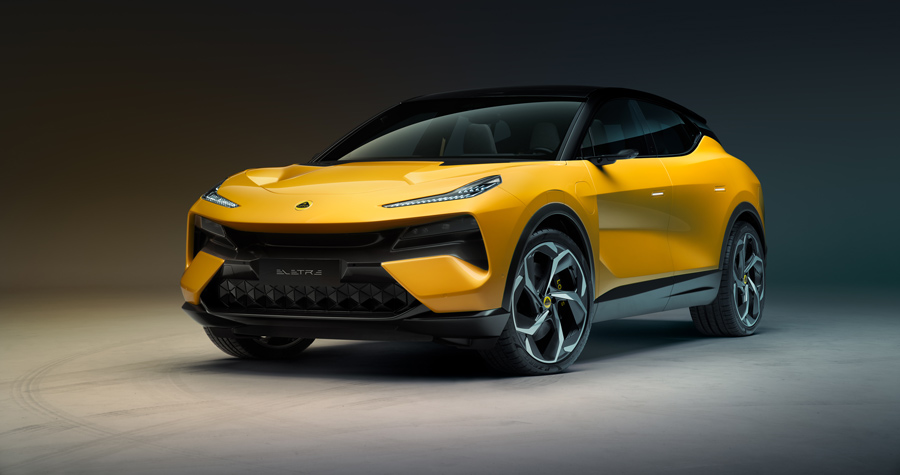 Lotus is one of the most beloved British car brands with a rich history in automotive and even more in motorsport. Its founding date, in fact, corresponds to the year in which founder Colin Chapman built his first racing car, 1948.

The brand always distinguished itself for the principle behind every model which is well expressed by its founder’s quotation:

Or with a few more words:

This is the focus that has driven Lotus since the 50s and that led it to create a strong identity and an extremely successful presence in Formula 1. Involved from 1954 to 1994, Team Lotus secured 74 Grand Prix victories, an overall 165 podiums, 7 Constructors’ Championships, and 6 Drivers’ Championships in almost 500 races.

The light-weight focus was maintained in the road cars production. Lotus’s last generation of road cars before the current one released under Geely ownership maintained the same ethos. The three models Elise, Exige, and Evora, ranged from a weight of just 866 Kg to 1,176 Kg, to 1,380 Kg respectively. 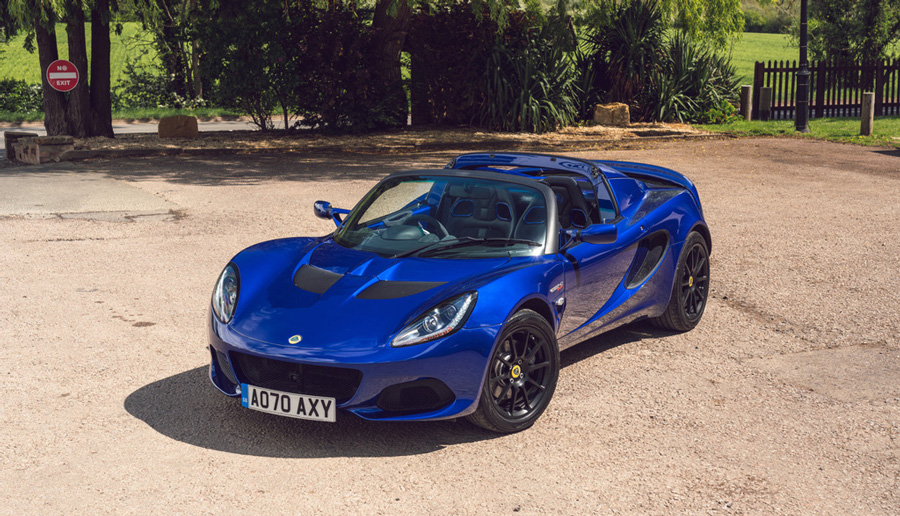 Lotus under Geely and Vision80

As mentioned, almost 5 years ago, Lotus has been acquired with a 51% share stake by Zhejiang Geely Holding Group (浙江吉利控股集团有限公司). Since then, the company has been boldly revamped with two models.

The Evija not only introduced Lotus to electrification but also attracted a lot of attention as one of the most awaited electric hypercars release on the market today. Along with its unique aesthetic and technical solutions, the Evija respects also Lotus’s principle with a weight of just 1,680 Kg, which is significantly lower than its electric competition, especially with a power output of 1,970 hp. 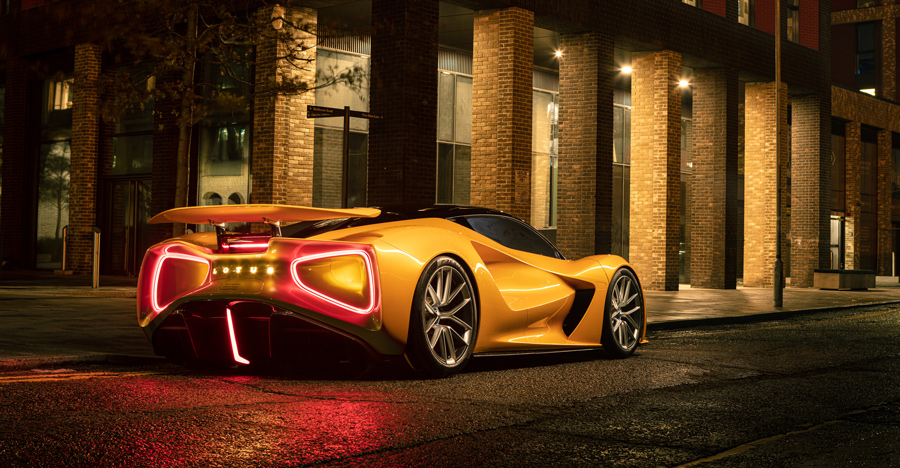 Right after, followed the Emira which instead seems to evolve the concept of the classic Lotus sports cars, and is offered with a combustion engine.

So, everything looked pretty much on brand until the release of the Eletre. And there is a specific reason, called Vision80. This is the name of the Business Strategy drawn to guide Lotus toward its 80th anniversary (hence the name). The keyword in the new plan is “Transformation”, which refers to many aspects of the business and also to its expansion. The aim, from a product perspective, is to preserve Lotus’s ethos while embracing Geely’s technological advancement and enriching the model range to compete in more segments.

This is something that many niche brands are doing today. As recently discussed for Ferrari’s business strategy and product diversification with the new Purosangue, the key to a thriving automotive business today is seen as the product expansion to achieve as much market coverage as possible. A perspective that is driven by the growing importance of branding in today’s market, and by the synergies enabled by electrification and modularity.

The Eletre and Chinese OEMs

The big electric SUV thanks to its size, prospected performance, and luxury features will go in direct competition with the likes of BMW iX, Mercedes EQS SUV, and the others mentioned at the beginning. 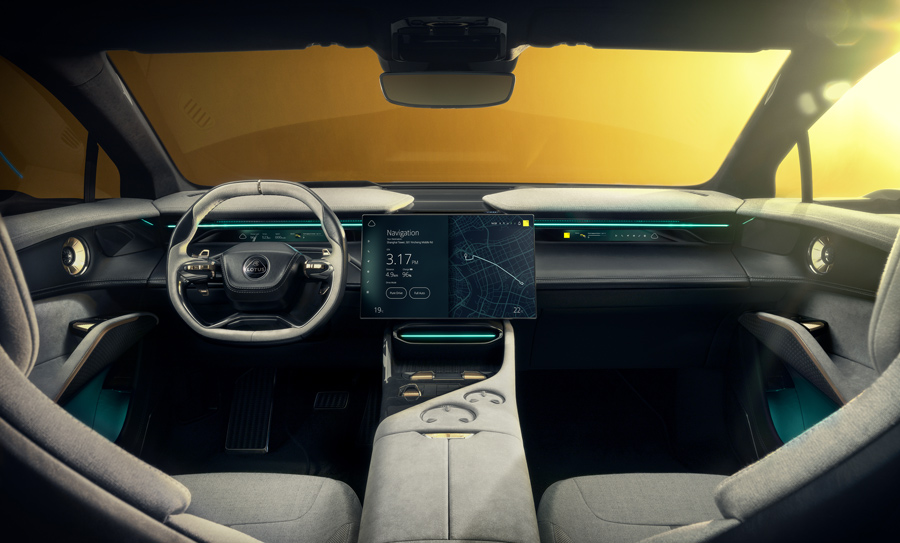 Considering the product expansion Lotus will expect the SUV to become a big seller to properly kickstart this revolution.

The Eletre, however, is important also for Geely for different reasons. First, it represents another opportunity to establish a presence in Western Markets.

With the shift to electrification, Chinese OEMs (at least some of them) have successfully managed to establish a strong presence in their national market that has been dominated for years by foreign automakers. Now, they are looking to enter foreign markets, which is much more difficult. As an important purchase decision, customers are generally more aware, price-sensitive, and emotionally attached to it. This is probably the main reason why Chinese OEMs have not yet penetrated Western markets as they did with consumer electronics.

The strategy used to circumvent this obstacle so far has been the acquisition of foreign brands. This has worked well for Geely through Volvo and Polestar, but also for Chinese automotive production in general. China Association of Automobile Manufacturers (中国汽车工业协会) reports that in the first two months of 2022 412,000 cars produced in China were exported, which represents a 75% year-over-year increase. Among these, the NEV grew by 52%, and overall 331,000 were passenger cars for which the growth percentage increases to 84%. 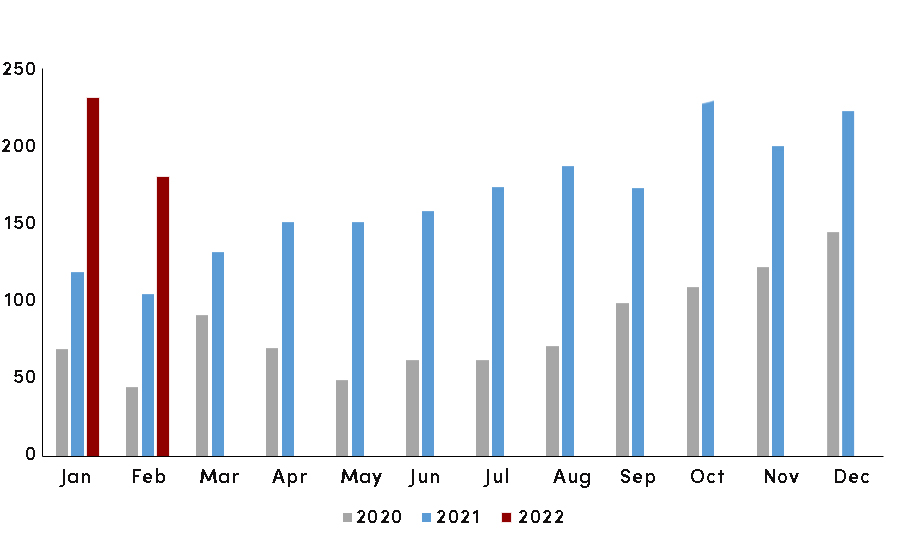 The other reason that makes the Eletre important for Lotus and its parent company is the creation of an ecosystem.

A factor that creates strong economies of scale for modern OEMs is the synergy between brands.

Geely too adopted an aggressive strategy with SUVs development, which is particularly evident with Volvo. The Swedish company, acquired in 2010, offers now a range of 9 models, 5 of which are either SUVs or Crossovers. For Polestar too an electric SUV is coming.

All these models share their platforms with Geely and its other brands like Lynk & Co, and Zeekr. CMA standing for Compact Modular Architecture is the platform used for the Polestar 2, Volvo XC40, and C40, Geely Xingyue, Xingrui, and Xingyue L, and Lynk & Co 01, 02, 03, and 05. Like CMA, platforms for more EVs called SEA (Sustainable Experience Architecture) and SPA2 (Scalable Product Architecture 2) are being adopted.

Along with the platform more shared components like powertrains, battery packs, electric drive systems, connectivity, and other pieces of software, as well as logistics, create an important competitive advantage.

In a similar way, Eletre’s EPA (Electric Premium Architecture) will be the basis for a range of new Premium lifestyle performance EVs.

Eletre diverges from other models that embodied Lotus’s ethos, and it does so to start a proper revolution for the brand. One that should see it extend its market coverage, and increase its volumes exponentially. The SUV is important for Geely as well as the most direct way to enter the western markets and gain expertise. A strategy that is not exclusive to this Chinese OEM, and will likely become more common in the near future.

With more and more brands diversifying to reach as many market segments as possible creating fierce competition in the process, it remains to be seen if this ambitious strategy will work in the future, or if being a niche automaker is still an option.