Just a few days ago Gordon Murray made the headlines again with his company Gordon Murray Automotive (or GMA) and their latest creation. The T.33.

Right from the first look, the car seems familiar, yet different from anything else that arrives on the market today. Which is probably exactly what designers and engineers at GMA were going for. Powertrain and interior, in fact, convey the same message.

In a way, this T.33, like the bigger sister T.50 a while before, aims at preserving in the purest way possible those characteristics that make car enthusiasts fall in love with the sense of speed and the feeling of driving fast.

This is a field in which the phrase “without compromises” is used (maybe too) often. The truth is that almost always there are indeed several compromises made for a number of reasons. Regulations, industry standards, market research, wider market coverage, and so on.

Looking at what Gordon Murray Automotive is doing, and how they are doing it, makes it clear how this is probably the closest anyone has got to that “uncompromising” experience in recent years. At least in what the company is aiming for. The ultimate driving experience. This unique approach is enabled first of all by the name, capabilities, and reputation of the person behind the brand. Secondly, as Mr. Murray said himself, they are able to do what other automakers cannot thanks to their small size and really limited production.

So, let’s have a closer look at what this company is doing differently within this competitive space, and why it should work. But first, a look at its founder’s career, and why this young company already enjoys such a high reputation.

A bit of History

Simply put, Gordon Murray is a true motorsport legend. Automotive and Formula 1 car designer and engineer, he is an important personality within the industry and the father of some of the most iconic racing and road cars ever produced.

In ‘67 and ’68 he raced in the local National Class with the car he designed and built in his home country, South Africa.

A year later, he entered the world of Formula 1 where he remained for the following 20 plus years. He initially joined the Brabham team that started racing in Formula 1 in 1962 as a designer. In 1973, soon after the team was bought by Bernie Ecclestone from Ron Tauranac, Murray was promoted as Chief Designer. 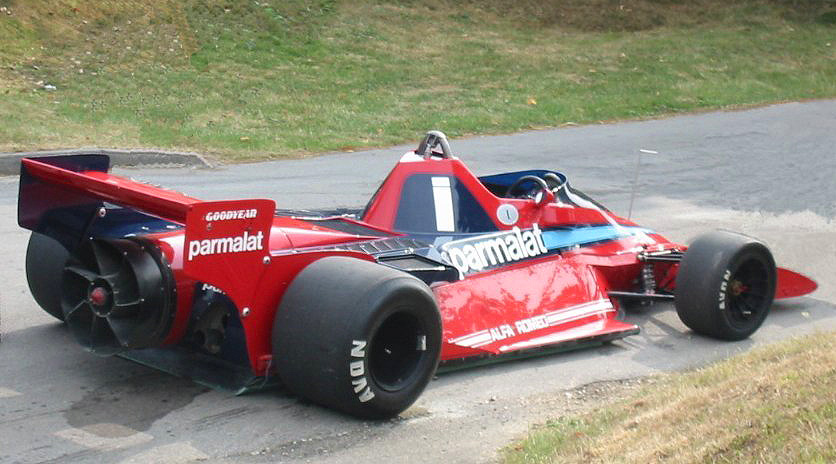 Murray adopted this solution to try and compete with the dominant Lotus 79, the car that perfected the previous concept developed by Colin Chapman, Tony Rudd, and Peter Wright took full advantage of the ground effect. They were the first to use the Venturi effect, which is still used today in racing cars and road-legal sports cars, to create an area of low pressure below the vehicle which increases the downforce and thus, improves its cornering speed.

The large fan at the back of the car was Murray’s response to Lotus innovation, or as he said himself: “it was born out of necessity”. As it often happens in Formula 1, he took advantage of a loophole in the regulations which stated that no movable device could be used for primary aerodynamic advantage. So, he passed the fan’s main function as a cooling solution for the car’s engine. The result though, was that sealing the underside of the car’s body, the fan created an immense suction effect giving the BT46B a significantly higher downforce.

To try and pass under the radar making the car look not very quick, Brabham went into qualifying with the full tank of fuel, making the car much heavier. During the race, it was a different story, and the BT46B won with a 34 seconds margin in its first and only race. It was withdrawn right after in fact, due to pressure by the other constructors and drivers complaining that the car picked up dust and rocks through the fan becoming dangerous for those following. 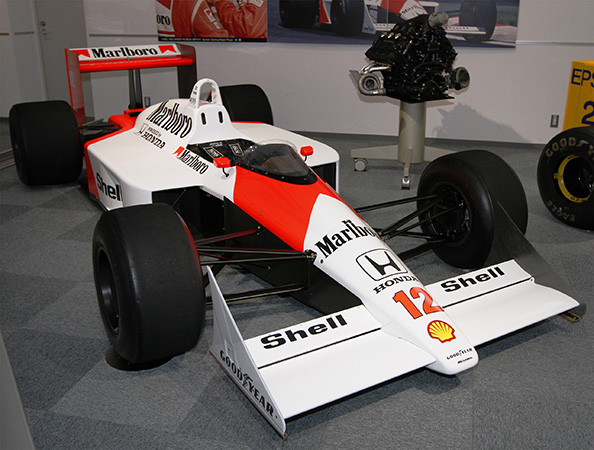 Murray went on to design the competitors on which Nelson Piquet won the 1981 and 1983 World Championships. In 1987, he was offered the position of Technical Director at McLaren. He collaborated with designer Steve Nichols and Neil Oatley to develop the race-winning MP4/3 and the successive MP4/4 and MP4/5 that between 1988 and 1990 won 3 Constructors’ Championships and 3 Drivers’ Championships.

In 1991 after leaving Formula 1, he worked for the then-called McLaren Cars company. There he headed the team that developed one of the most iconic and universally praised (and today, most valuable) supercars. The McLaren F1. It has been for several years the fastest car on the planet thanks to its many innovations. The carbon fibre monocoque, the fans (following the concept of the Formula 1 car, but with a different implementation), and the use of other rare materials, all contributed to make the F1 the real benchmark for supercars throughout the 90s and into the 2000s. 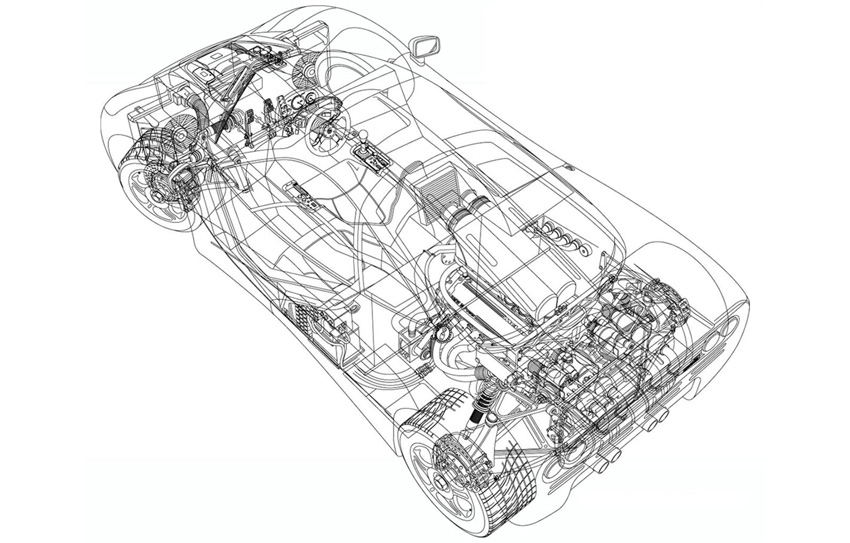 After the experience with McLaren in 2007 Murray set up his own company. Gordon Murray Design Automotive Limited. They developed concepts for a small city car in 2010 and its electric version in 2011, as well as a new design, develop, and manufacturing process called iStream. This promises to deliver better results, more efficiently and with better results.

Apart from these, the company remained dormant up until 2018, changing its name to Gordon Murray Automotive in 2015. This is up until 2020.

The new car priced at “only” £1.37 million, is almost half of the T.50 and is conceived to be a more civilised and usable high-performance sportscar. The first adjective we see associated with the new T.33 is “Timeless”. Mr Murray repeats it more than once in the several interviews he has released in these days. As he did for the t.50 in 2020 (if we do not consider the giant fan at the back of the T.50).

These four elements, in Murray’s vision, make everything that is needed (and is lacking in today’s market) for the best experience in a supercar.

As for the other principles driving GMA, they are similar to what other companies do. So, premium materials, the best quality possible, in-house engineering of the highest level, exclusivity, and unique customer journey.

But how can GMA get away with doing the things they want to first (not to say they ignored or did not have conversations with their clients), without following any trend, while many other companies are much more subject to customers’ requests, and preferences?