McLaren Denies Audi Acquisition but There Could be More

On Monday, a rumour started by Autocar circulated on the internet according to which Audi had bought McLaren Group after a bidding war with BMW. The news, however, has been denied soon after with an official statement by the British automaker:

“McLaren Group is aware of a news media report stating it has been sold to Audi. This is wholly inaccurate and McLaren is seeking to have the story removed.

McLaren’s technology strategy has always involved ongoing discussions and collaboration with relevant partners and suppliers, including other carmakers, however, there has been no change in the ownership structure of the McLaren Group.” 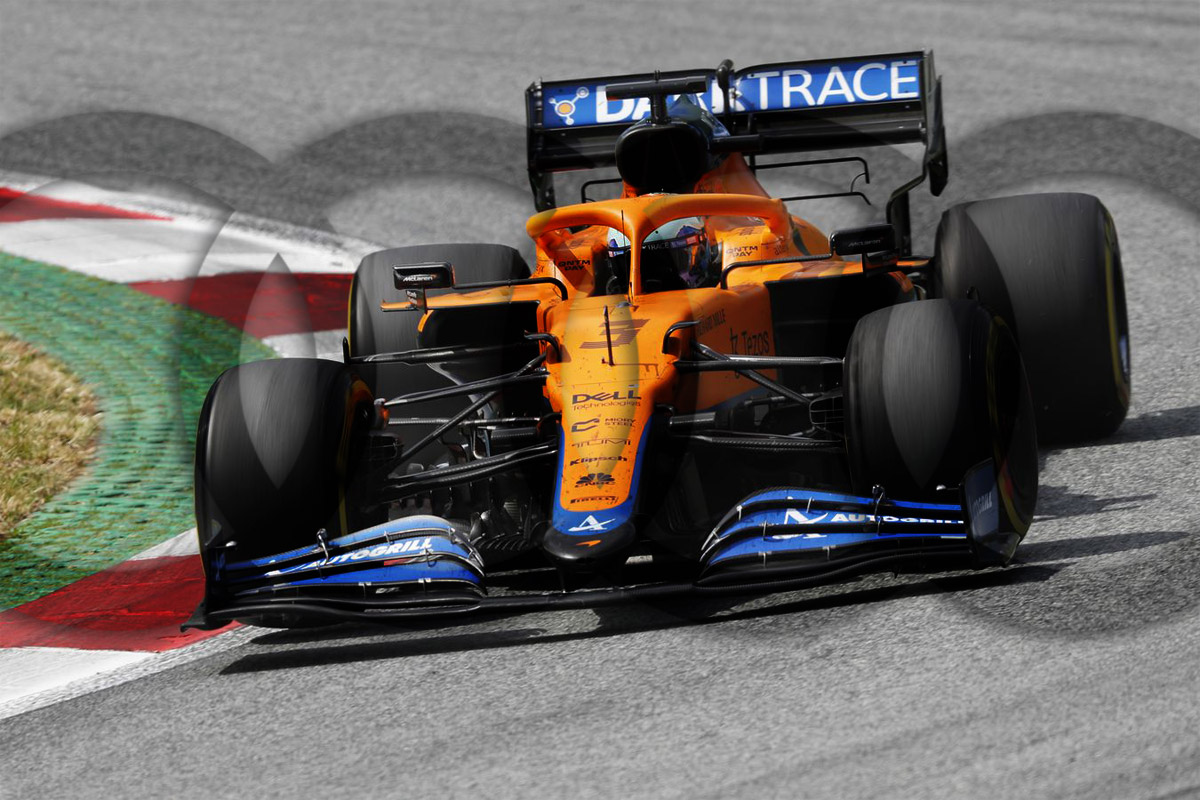 There are two interesting topics that can be explored from this statement though.

The first is that, while McLaren denies what was initially stated by some media outlets, it does not exclude potential ongoing negotiations or corporate restructuring.

The second is the confirmation of interest in Formula 1 by VW Group, more likely under the Audi, or Porsche brand that could lead to something more in the future.

McLaren comes out of an extremely difficult period in 2020, like many other automakers.

As reviewed in McLaren’s Q1 2020 and updated strategy article, the company set certain targets at the beginning of the year when risks caused by the pandemic were already known. One was to deliver 4,000 vehicles by the end of the year, which would have represented a 16% decrease compared to 2019. But at the end of 2020, the company delivered only 1,659 vehicles. Additionally, the company laid off 1,200 employees over the same period to offset the losses.

The Track25 strategy, defined in 2018, established a production volume of 6,000 cars by 2025. But 2019, which was an extremely positive year for the sector and for the majority of companies in this segment, was already not completely good for McLaren. Production in fact decreased by 2%, even though McLaren claimed that this was planned to focus more on margins improvement and preserve quality and exclusivity over volume growth. And financial results were indeed positive with revenue increasing by 18% y-o-y reaching £1,486 million with the automotive division contributing a stable 84% to it. Other metrics like Debt and Liquidity were not as positive though.

Fast forward to 2021, and most companies have shown impressive results (some even proper record achievements) with a fast recovery over a 2020 that, in the end, affected the majority way less than their high-production-volume counterparts. 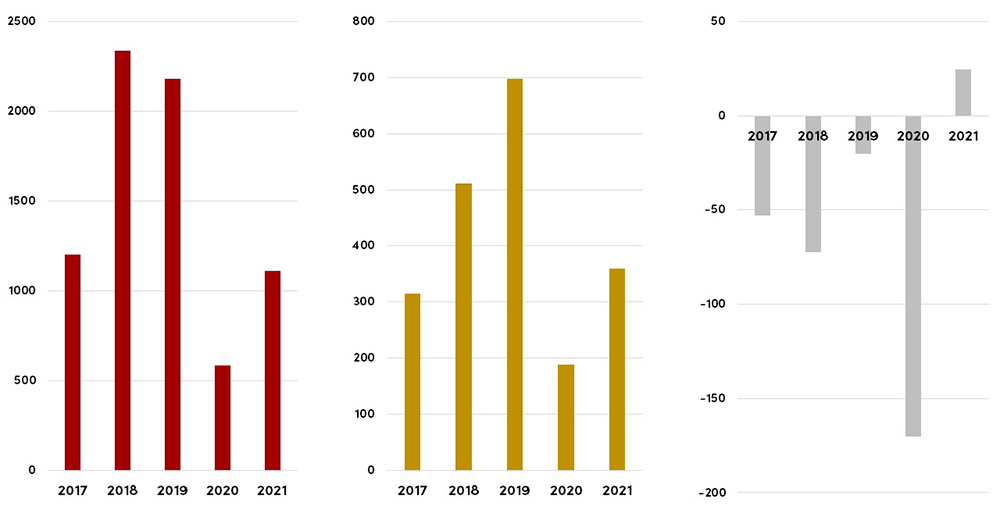 McLaren too reported significantly better results in the first half of 2021, but still far from both the 2018 and 2019 ones in terms of deliveries and revenues, profit however is up, indicating that the restructuring started in 2020 to make the business more efficient has brought positive results.

There are two more important factors that could play into corporate developments or reorganization of the automotive and motorsport divisions in the near future. One is, of course, the departure of Mike Flewitt as CEO of McLaren Automotive. He entered the company in 2012 and COO and a year later took the role of CEO. McLaren has not yet announced who will be his successor, and as of now, McLaren Group Non-Executive director Michael Macht took his role, with sales, PR, and marketing department reporting to the Group’s Executive Chairman Paul Walsh.

The second is an indication of the changing necessities for the company to build a sustainable and more focused model. In August 2021, in fact, McLaren sold its Applied technology division to Greybull Capital, leaving only Racing and Automotive under the McLaren umbrella. So, as of now, the Group might be looking at other options to sell part of the other divisions or find new partnerships to realise this new model.

WHAT ABOUT VW GROUP? 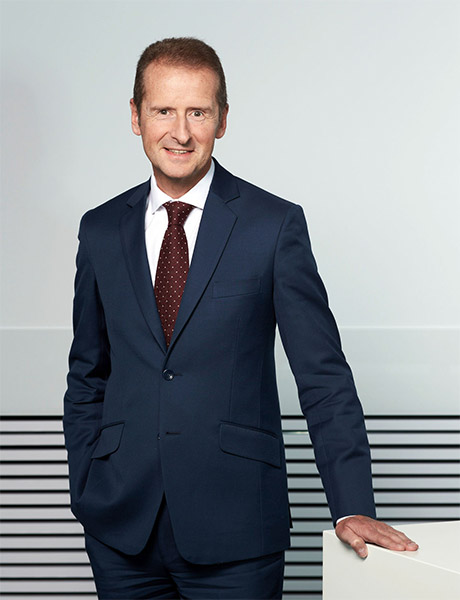 Currently, several  VW-owned brands participate in different motorsport categories. Porsche and Audi in particular both participate in the Formula-E championship, and the latter has confirmed it will leave it in 2022.

Both their names, as well as VW’s have been associated with a potential entry in the Formula 1 championship for quite a few years now. The concrete opportunity seems to be the incoming 2025 engine regulations change, and the pledge for Formula 1 to become carbon-neutral by 2030.

In this regard, VW CEO Herbert Diess, commenting on an article reported from Bill Gate’s newsletter, wrote:

“In my personal view, would be better to go ahead [using e-fuels] with motor racing: F1 becoming CO2 neutral using synthetic fuels is much more excitement, fun, racing experience, tech-competition than Formula E driving a few laps in city centres in gaming mode.”

Current McLaren F1 team principal Andreas Seidl too was quoted at the end of last year by Motorsport.com. He claimed that while he thinks it is highly unlikely to see any new manufacturer entering the championship in the near future, even just as an engine supplier (now that Honda is set to leave at the end of 2021), the new rule change of 2025 represents an actual opportunity for new entrants. Representatives of both Audi and Porsche were invited to take part in a meeting on the development of the next generation of power units with F1 engine manufacturers Ferrari, Mercedes, Red Bull, and Renault as well as Stefano Domenicali and Ross Brawn from F1 and Jean Todt from the FIA. Using a technology that will be also relevant in other contexts of automotive and transportation is key according to Seidl, not only for the manufacturers involved but also to attract new ones.

At different times, both Porsche former Vice President of Motorsport Fritz Enzinger, and CEO Oliver Blume confirmed that participation in these meetings does not necessarily translate into an entry in F1, but they offer a proper evaluation opportunity.

The current situation is allegedly what stopped Porsche and other companies in the past few years from entering F1. The initial investment required would be too big to enter without even getting a real chance of winning against established teams in the sport. So sustainability, cost reduction, and a simpler power unit will be crucial for Formula 1 going forward.

So, on the one hand, an interest in McLaren Automotive looks unlikely, considering VW’s existing portfolio of brands. On the other, even though what has been discussed so far seems to indicate that no VW Group brand will enter Formula 1 in the next four seasons, potential interest in a partnership with an established manufacturer or team such as McLaren could be relevant for the future. It would effectively give early access to significant know-how in every aspect of the sport, and probably more bargaining power when it will come to defining new regulations for the next generation of F1 cars.